The news of Kim Kardashian's second pregnancy quickly swept through the media, and since then, we've gleaned a few additional pieces of information about how she's progressing—though she's still in the early stages and barely showing. Here's what we know so far:

Thanks to her social media candidness, we know the reality star is suffering from debilitating morning sickness. Recent tweets have included comments like "So f--king sick today on all levels!!!!! UGHHHHHHHHH I can't deal!!!!!!!!!! Praying I get through the day." She also opted out of a silly holiday last week, tweeting, "Today is National Doughnut Day! Thought I would enjoy it more but morning/all day sickness really ruins things! LOL Maybe its for the best!"

Kim's struggles during her first pregnancy, including preeclampsia leading to early delivery, were much publicized. In the hopes of avoiding similar problems this time around, she has reportedly hired a nutritionist. According to TMZ, the star commissioned an expert to create a meal plan that is low in sodium and includes plenty of water.

3. She's not (necessarily) having a boy.

While reports circulated that Kim already knew the gender of her baby—and that it's a boy—the star fired back, calling that news baseless. She took to Twitter (a favorite social medium) to respond, writing, "Nothing is confirmed unless you hear it from me!" In addition to the gender reports, she responded to others that suggested an array of erroneous details: "So many rumors...we are not having twins, yes I am carrying my own baby lol & we have not told anyone the sex of our baby yet!"

Of course, the wording there indicates that she does already know if she's having a baby boy or a baby girl!

4. She's not toning down her style.

Since Kim announced her pregnancy, she has stepped out in the likes of a latex dress and a see-through feathered getup. This might come as no surprise—except that, after her last pregnancy, she admitted what she really should have done was get into some more traditional maternity clothes.

That said, Kim is barely beginning to show... so there's still plenty of time for style watching! 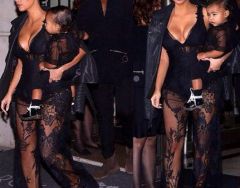 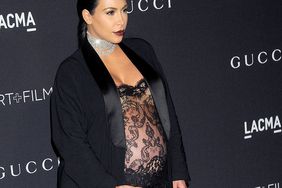 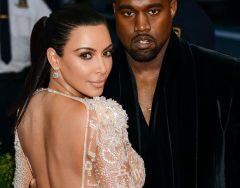 It's True: Kim and Kanye Are Having a Boy! 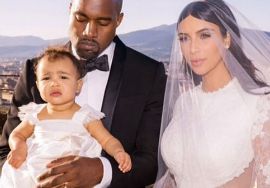 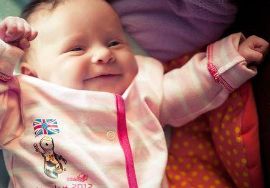