When One Partner Doesn't Want a Baby

What if one partner wants a baby but the other is hesitant? A psychoanalyst shares his words of wisdom.

Perhaps you never talked about having a baby with your partner, or maybe you vaguely mentioned wanting kids “someday.” You might’ve even agreed to try getting pregnant at 25 (or 30 or 35). But now one of you is ready to move ahead with conception—and the other isn't so sure.

This common scenario was brought up in a May 2019 Reddit thread. Thirty-year-old user aed89 has been dating her 29-year old boyfriend for nine months, and they’ve lived together for three months. However, they had unprotected sex while aed89 was ovulating, which resulted in an unplanned pregnancy.

“He was not happy and kept saying that he’s not ready to be a dad, and he doesn’t want anything to change between us and essentially this will ruin what we have,” she says. “He wasn’t mean about it at all and he seemed to be in shock, as am I.”

Immediately after learning the results of her pregnancy test, aed89 knew she wanted to have the baby, but she doesn’t want to “force a child on this man that I love that he doesn’t want.”

She adds that, “ultimately it is my decision, and I think that if I go through with terminating this pregnancy I will regret it and resent him. If I have it, he will resent me and the child. I feel very irresponsible and overwhelmed.”

So what should aed89 do? We spoke with Austin E. Galvin, CSW, a New York-based psychoanalyst, about this tricky situation.

According to Galvin, ambivalence about making the leap into parenthood is extremely common. Concerns like finances and house size aren’t usually the core issues. Lack of time, lack of money, and other external barriers are almost always fabricated resistances, he says. Therefore, Galvin suggests that the person voicing the concerns needs to break through to an understanding of the real, internal resistance.

Talking through things is usually the best way to identify the problem, but Galvin doesn't necessarily think couples should approach every issue together. He recommends that the resistant partner needs his/her own safe and objective sounding board, such as a therapist or a nonjudgmental friend, who will offer valuable insight and advice.

Finding the Upside of an Unplanned Pregnancy

Here are some potential reasons why one partner doesn’t want a baby when the other does.

Fear of Responsibility: The ambivalent partner may be questioning his/her own ability to remain in the relationship or parent a child. A baby makes things real for people in a way that can be very overwhelming, Galvin notes. More than any other decision in life, a child—and a relationship with the person who shares the child—lasts forever.

Relationship Woes: Galvin notes that when one partner is suddenly desperate for a baby, it may have more to do with the relationship than the desire to be a parent. The baby-wanting partner might hope to solidify a shaky relationship by drawing his or her spouse in more deeply. Maybe on some level, there's a hope that the baby will provide a level of intimacy that's currently lacking in the marriage.

Childhood Issues: If the baby was planned and one spouse suddenly starts throwing up roadblocks, there could be childhood issues at stake. Galvin notes that the resistant partner may need to work through unresolved feelings about his or her own parents.

Finding a Compromise When One Partner Doesn't Want a Baby

When Galvin encounters this situation, he asks the couple to talk about the feelings and incidents that led to their current dilemma. "Even if they agreed in the past to have a child, either partner can change the rules," he says. But it's important to understand what's at stake, so couples can feel responsible for their decision and its consequences.

Galvin asks each couple, "How important is having a baby to you? Are you willing to give up this man or woman over this issue?" Unless the relationship is in serious trouble, they always say no, he says, and once they've strengthened their commitment to being together, they're able to negotiate a solution.

In many cases, the best advice may be to keep working through the ambivalence—which can be a lengthy process—while at the same time trying to conceive. Galvin points out that the most resistant spouses often become doting parents. He's had clients who felt extreme anxiety throughout the nine months of pregnancy, but he's never had anyone hold their baby in their arms and then come back and tell him it was a mistake. 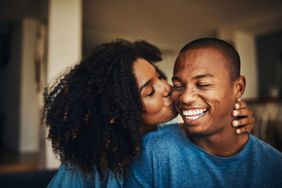 Are You Ready for a Baby?