You may never be 100% sure, but hearing how these other moms finally knew they wanted to have another baby may help you decide to go for it.

For me, having another baby was never a matter of if, it was a matter of when. I always knew I wanted at least two kids who were close enough in age to someday play nicely together while I wrote my novel (and by write my novel, I mean go to the bathroom alone).

That certainty aside, it still wasn't easy figuring out the best time to start trying again—especially after my second (we have three now). Our little crew was functioning well, and my stomach was starting to resemble the one I remembered having once upon a time. Rocking that boat wasn't the first thing on my to-do list. And like many moms, I worried about how adding another child would impact our marriage, our finances, and our living space.

Of course, I also knew that growing our family would add so much—more love, more laughter, more bedtime snuggles. For many of us, focusing on that fact can be just the nudge we need to overcome ambivalence or procrastination. "What finally pushed me to have my third may seem a little selfish, but I kept thinking: 'I can love like this times three?' " says Amy Pate, of Nashville. "I never realized I could feel like that before having kids, and I wanted more of it."

Do you share those feels—but still find yourself obsessing over the pros and cons? The truth is, most of us grapple with this. However, the moms we talked to each had an "aha" moment when something finally tipped the balance and convinced them it was time to abandon birth control. One of their stories just might strike a chord and give you the confidence to take the plunge.

“I had that feeling.”

Meghan Cevey, of New York City, was racing to catch the subway when she saw a woman who was nine months pregnant, hobbling along. "Instead of feeling sorry for her, I felt a pang of envy. I knew that if a hot, overcrowded, third-trimester commute didn't scare me away, nothing could!"

Consider this the eww-to-aww factor, when your reaction to other people's newborns switches from "OMG, I can't imagine that" to "OMG, I want that." However, if you spy a preggo and walk in the opposite direction with a shiver down your spine, now might not be the time.

“My big kid was pumped.”

You know how they say that a baby is ready to try solids when he starts getting interested in what other people are eating? Annette Uvena, of Huntington, New York, used that same rule to figure out when her son could adjust to being a big brother.

"I had been putting off the decision, but when I saw how Harry was interacting with babies and other little kids, I sensed it would be okay, which made me feel more ready too." No, you shouldn't ask your firstborn whether he wants a little brother or sister (he'll likely say no!), but expose him to other babies, gift him with a baby doll or two (which can do wonders for his excitement), and see how it makes both of you feel.

“We found our sweet spot.”

My friend Curtis (whose sons are two years apart) and his wife pinpointed their ideal window of opportunity—when their first had become less challenging but before they were in such a groove that going back to the trenches seemed, well, unbearable. But if having two in diapers scares the crap out of you, you may want to imagine whether a different challenge, like waking up your baby from his nap to drive your older kid to ballet, freaks you out less.

Essentially, you can pick your poison: Two close-in-age little ones whose demands are similar and pretty urgent (i.e., double duty for you) versus one little one and one bigger one. With different schedules and needs, the second scenario means you will be in two headspaces (Swaddling 101 and potty training) and places (mommy-and-me yoga and day-camp drop-off). "There's no right way to space your children; it's a matter of knowing what the challenges will be and how you will prepare to face them," says Laurie Kramer, Ph.D., a professor of applied psychology at Northeastern University, in Boston, who has conducted decades of research on sibling relationships.

“I wanted to do what my friends were doing.”

"When my daughter was around 18 months, I started thinking about having another baby, but we finally decided to go for it once I realized how many of my friends were pregnant with number two," says Adrienne Porzio, of Pittsburgh. "I wanted my daughter's sibling to be around the same age as her friends' sibs, plus I wouldn't have to make new mom friends. Ha!"

FOMO may seem like a silly factor, but keeping your circle of moms intact strengthens your sense of community. "My friends and I all had little boys, and then we all got pregnant with girls and couldn't believe our luck," says Ashley Cerny, of Alpharetta, Georgia. "Being pregnant together was really fun and supportive, and we could do double playdates—a win-win!" Nell Clement, of San Francisco, hit a similar jackpot when she and her neighbor had their second kids six days apart.

"We saw each other almost every day during my maternity leave, and it was helpful to have someone to both celebrate and commiserate with," she says.

“I couldn’t plan anything.”

My husband and I knew it was time when it dawned on us that every conversation we had—about career goals or crown molding—wound back to the topic of baby #2. Our life felt like it was on hold (as in, "I'll wait to lose the last 5 pounds after we have another," or "We can renovate that room when our second is out of the crib"), and we were planning to live instead of living. On the flip side, is it a good idea to check certain things off your list before getting pregnant with your second or third? Absolutely, because it could help you feel less stressed and more in control once the deed is done, says Laura Markham, Ph.D., a child psychologist and author of Peaceful Parent, Happy Siblings. So, yes to getting those photos hung and to finally buying life insurance.

“I stopped caring if our ducks were in a row.”

"We knew we wanted three kids and were waiting and waiting to have our third because of job issues and a possible move," says Megan Martin, of Manchester, Vermont.

"But last year when I saw my Christmas-card picture, I just knew I was ready for another baby and nothing else mattered. Although there are still job issues and we've yet to move, it was the best decision we've ever made." When my husband and I finally went for number three, we suddenly felt unstuck and have been checking off the things we'd been waiting to do—from putting up a fence to running a half marathon—ever since.

Sometimes you don't really know what you want until what you think you want doesn't seem possible. As an only child, Lauren Love, of Jackson, Mississippi, couldn't wrap her head around having a second—until she thought she might be pregnant. "I was sort of halfheartedly trying to get pregnant, but it was hard to really go for it because I didn't feel like I understood family dynamics with two kids," she says. "I had spoken with friends and had long talks with my husband, but it wasn't until I got a negative pregnancy test that it hit me how badly I wanted another child."

"I was completely wrecked after I gave birth," admits Kristen Seremet, of Minneapolis. "My recovery was much more difficult than I expected, but ultimately my body bounced back pretty quickly." When several of her friends were having trouble getting pregnant a second time, she decided that her body felt ready again—and she was scared about waiting too long. "Having kids is such a huge life goal, so thinking that my body could fail me and not allow that dream to come true was enough to kick me into gear!"

Keep in mind that the American College of Obstetricians and Gynecologists recommends that it's best to wait at least 18 months before getting pregnant again. "Waiting decreases your risk of preterm labor and having a baby with low birthweight," explains Elisa Felsen-Singer, D.O., an ob-gyn at NYU Huntington Medical Group, in Huntington Station, New York. "It also gives your body enough time to heal and replenish pregnancy-essential nutrients and minerals, like folic acid." Of course, that spacing isn't written in stone—and you may have other issues that trump the ideal waiting period, with fertility at the top of the list.

“I didn’t want to have any regrets.”

"I'd always wanted three, but after two, we were on the fence for a while," says Krista DeMaio, of Huntington, New York. "Then a friend who'd just had her third said, 'You won't regret having another, but you may feel regret if you don't.' " Indeed, that's one of the top reasons why moms finally decide to get pregnant again.

"There is only a finite amount of time for us women to have our children. The biological clock does tick, and some of the biggest regrets I hear from my older patients, even 70-year-old women, is that they wish they'd had more kids," says Dr. Felsen-Singer.

As for me, my children are now 10, 8, and 4, and I still haven't written a novel or gone to the bathroom alone very often, but I have zero regrets, and that's a good feeling to have. 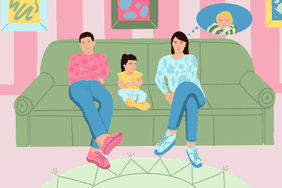 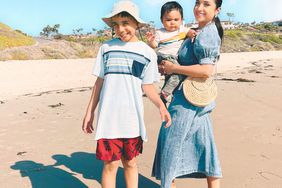 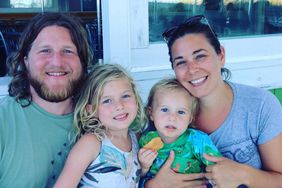 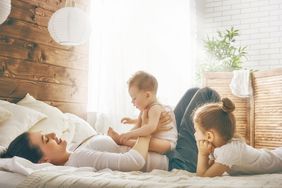