While some C-sections are scheduled in advance, others happen after the woman begins laboring naturally. Here are common reasons for planned and emergency C-sections.

While childbirth always comes with risks, it’s much safer now than in past decades. "Just a relatively short time ago, women and babies died in labor due to infection or prolonged, dysfunctional labor," says Angela King, M.D., an Ob-Gyn in Fort Collins, Colorado. The improvement stems in part from advanced medicine—and also largely from the development of cesarean sections (C-sections). In fact, about one-third of babies are born via C-section today.

A C-section is a procedure that delivers the baby through the abdomen. The physician makes a 4- to 6-inch incision in the skin above your pubic bone, cutting through the underlying tissue. Then he makes an incision through the lower part of the uterus, just above the bladder, and removes the baby. Generally, you're alert during a C-section but under regional anesthesia, and a curtain draped across your chest blocks your view of the surgery. A C-section lasts about 25 to 60 minutes—and that includes the time spent stitching you back up.

Once labor has begun, the ideal outcome is usually a vaginal delivery. However, natural birth could sometimes be risky for the mom's or baby's health. If problems arise during labor, your doctor might decide that an emergency C-section (one that's unplanned) would be safer than a vaginal birth. Here are the main reasons for an emergency C-section occurring after labor has already started.

Emergency C-Sections: What You Need to Know

Not all C-sections come as a surprise during labor. Your doctor may schedule a C-section in advance because known factors or complications would make a vaginal delivery too difficult.

Here are common planned reasons for a C-section.

As C-sections become more common, more women actively choose this form of childbirth. Some want to avoid the possibility of prolonged labor pain or vaginal tearing. Others like the convenience of scheduling the birth. "I call them designer deliveries," says John P. Elliott, M.D., director of maternal fetal medicine at Banner Good Samaritan Medical Center in Phoenix. "A woman will say, 'I'd like to deliver my baby next Tuesday. My mother is flying in.'" So she'll opt either to induce labor (which raises the odds of emergency C-section) or to schedule an elective C-section (one performed without a medical reason). The surgery is generally done at or shortly after 39 weeks' gestation, which is the earliest time sanctioned by the American College of Obstetricians and Gynecologists.

What is a Gentle C-Section? (And Why You Should Know About It)

Elective C-sections also give doctors a measure of control. Obstetrics, in general, is unpredictable, and can require that an OB is on call for 24 to 48 hours at the hospital, says Kenneth Johnson, a doctor of osteopathic medicine who practices obstetrics in Fort Lauderdale. A scheduled 25-minute C-section, on the other hand, is more predictable.

Keep in mind, however, than many experts discourage these elective C-sections for non-medical reasons. For one thing, a C-section is major abdominal surgery, and there's always the risk of complications with anesthesia or post-procedure infections. There's also a long and painful recovery period, which can make you pretty uncomfortable and have a harder time breastfeeding in the first few weeks after your baby's born.

Can I Avoid a C-Section?

Most moms-to-be don't want to have a C-section, but if you or your baby develops a complication before or during labor, there's usually nothing you can do to avoid it. Some women may be more likely to need a C-section than others, though, and there are prevention tactics you can try. Eating well, staying active, and maintaining a healthy weight gain can minimize your chances of developing the types of complications that often lead to cesarean—preterm birth, a too-large baby, and conditions like diabetes and high blood pressure, for example.

10 Tips for Avoiding a C-Section

You should talk to your doctor about his philosophy on C-sections, and make sure it matches yours. Some physicians are more likely to recommend C-sections than others, or have varying definitions of what's really medically necessary. And if your doctor says you need a C-section, don't hesitate to ask why. In certain cases (like if your baby is large) you may be allowed to try a vaginal birth first to see if surgery can be avoided, but you'll only be offered this opportunity if your doctor considers it safe for both you and your baby. 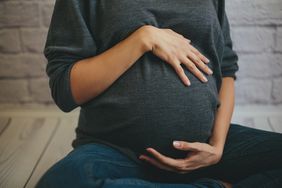 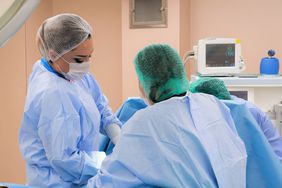