When faced with life-threatening complications for the fetus or mother, couples must decide whether to terminate the pregnancy. Here's what you need to know.

If you've received heartbreaking news following your amniocentesis or other diagnostic tests, you may elect to terminate your pregnancy. Some parents make this wrenching decision after learning that their child will be born with a severe disability or a condition that will cause the child to suffer through potentially painful treatments for a disease that is incurable. Here's everything you need to know about termination of pregnancy for a medical reason.

Reasons for Termination of Pregnancy

About one-fourth of women will have an abortion before they turn 45, according to the Guttmacher Institute. These abortions are often voluntary—for example, a person may end the pregnancy if a child will interfere with their education plans, or if they don't have the financial means to raise another child. Occasionally, however, couples must terminate a wanted pregnancy for medical reasons, like fetal abnormalities or maternal health issues.

Preimplantation Genetic Diagnosis: Should You Get PGD?

Fetal Abnormalities: Doctors conduct a few tests in the first half of pregnancy, including blood work, ultrasound, and amniocentesis (testing of the amniotic fluid.) Occasionally, these tests can uncover a condition that could negatively impact the baby's quality of life, or that could result in fetal death before birth or shortly after birth. Parents-to-be must decide, in these instances, whether they want to terminate the pregnancy.

These conditions may include:

Maternal Health Issues: A parent might face certain health conditions that could prove fatal to themselves and/or their baby. These include premature rupture of the amniotic membranes before fetal viability with increased risk of maternal infection or hemorrhage, cancer where termination is necessary for life-saving treatment of the mother, significant cardiac or kidney disease, sepsis, or severe preeclampsia before fetal viability. Pregnancy termination might be recommended in such cases.

Methods for Terminating a Pregnancy

Doctors terminate a pregnancy using safe and evidence-based techniques. The exact technique used will depend on several factors, including your gestational age and the reason for termination. Discuss these techniques with your provider.

Medication abortions (abortion pills) are often used in the first 10 weeks of gestation. A person will take two separate pills (mifepristone and misoprostol) to promote the body to thin the uterine lining and release the pregnancy. Most people experience heavy bleeding, clots, and cramping after a medication abortion—and other side effects like nausea, diarrhea, fatigue, and mild fever are also likely. Medication abortions are about 95% effective.

In a surgical abortion, doctors dilate the cervix and use tools to remove the pregnancy. Before 10 weeks gestation, this can be done outpatient using a suction device called a manual vacuum aspirator. Alternately, the procedure can be performed in an operating room, where it's more commonly referred to as dilation and curettage (D&C). After 14 weeks, the pregnancy is usually too large to be removed with a suction tube, and doctors may use specialized tools to safely remove the fetus in a technique called dilation and extraction (D&E). These minimally-invasive procedures are more than 99% effective and shown to be very safe. Side effects include bleeding and cramping.

Late-term abortions, which happen if the pregnancy is life-threatening to the parent or complications prevent the baby's survival, are generally planned hospital deliveries (also known as induction of labor). Doctors will start labor with medication; the vast majority of people will deliver vaginally. Comfort care is available for the baby after birth if the baby is not expected to be able to survive.

Before making the decision to terminate your pregnancy, confirm the diagnosis and thoroughly discuss the possible extent of your child's disability. Your health care provider can help put you in touch with specialists who can provide specific information, including high-risk obstetricians, genetic counselors, therapists, pediatric surgeons, and developmental pediatricians.

Perinatal social workers or therapists may also help prepare you for the onslaught of emotions that may accompany a pregnancy termination. After an abortion, you might feel all types of emotions—there's no proper way to react. Having support in place is essential for a healthy recovery. 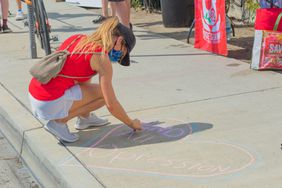