While miscarriage is common—with 1 in every 10 pregnancies ending in a loss—going through it yourself can be a completely overwhelming experience with long-lasting emotional repercussions. The first question that many people ask after experiencing a miscarriage is simple: Why? What caused it?

In many cases, particularly with early miscarriages, it can be hard to determine exactly what went wrong. But as the experts see it, it's actually far less common for pregnancy to actually go right.

"When you think about a pregnancy, and you think about the beginnings of a human being forming and all the things that have to go perfectly, it really and truly is a miracle when it happens," says Elizabeth Nowacki, D.O., an OB-GYN at St. Vincent Fishers Hospital in Indiana. "You have two sets of genetic material coming together that have to divide, and sometimes things go wrong. The simplest way to think about it is that (miscarriage) is sort of nature's way of making sure that a human being is compatible with life."

While many people who experience a miscarriage blame themselves, the truth is that they probably did nothing to cause it. Here's everything you need to know about why miscarriages happen and what causes them.

While there isn't always a known reason for a miscarriage, experts do know what things can lead to miscarriage or impact your risk of miscarriage. There are a few several factors that can cause a miscarriage, including genetic abnormalities, thyroid disorders, diabetes, immunological disorders, drug abuse, and more.

According to the American College of Obstetricians and Gynecologists (ACOG), the most common cause of miscarriage is a genetic abnormality in the embryo. That means that somewhere along the line of developing, the developing embryo had a "glitch" that was incompatible with life, so the pregnancy does not continue to form. During fertilization, the sperm and egg each bring 23 chromosomes together to create perfectly matched pairs. This is a complex process, and a minor glitch can result in a genetic or chromosomal abnormality.

While some chromosomal abnormalities are compatible with life (such as trisomy 21, the most common type of Down syndrome), other chromosomal disorders are simply not. "Genetically, (development) just stops," in these cases, explains Dr. Nowacki.

Miscarriages caused by chromosomal abnormalities happen more often in people with reproductive abilities who are older than 35. "This is because all the eggs that a woman will ever have are present from birth, and the eggs age with her," says Stephanie Zobel, M.D., an OB-GYN with Winnie Palmer Hospital. "Paternal age may also similarly play a role. The frequency of miscarriage in women below age 20 is around 12 to 15 percent and doubles as the woman approaches age 40. There is nothing that can be done to prevent miscarriage due to a chromosomal abnormality and once a miscarriage has begun there is nothing one can do to stop it."

Whether it be hypothyroidism (underactive thyroid) or hyperthyroidism (overactive thyroid), thyroid disorders can lead to problems with infertility or cause recurrent miscarriages. The Malpani Infertility Clinic's website explains that in cases where a potential pregnant person's thyroid function is low, their body will try to compensate by producing hormones that can actually suppress ovulation. Conversely, a thyroid that is producing too many hormones can interfere with estrogen's ability to do its job, and it may make the uterus unfavorable for implantation or lead to abnormal uterine bleeding.

While diabetes itself may not cause a miscarriage, uncontrolled diabetes can lead to complications that could contribute to a miscarriage. "People with diabetes need to work with their primary care physician or endocrinologist to optimize their sugar control," Dr. Zobel says. "Uncontrolled insulin-dependent diabetes in the first trimester can lead to increased miscarriage rates and also a markedly increased risk of major birth defects."

A less common cause of miscarriage can be physical problems with the pregnant person, reports Dr. Nowacki, adding that this usually occurs in the second or third trimester. Here are some examples:

A doctor can determine uterine defects through specialized X-rays before pregnancy. Most cases can be treated, which may reduce the risk of miscarriage.

What Are Your Chances of Miscarriage?

Hormonal imbalances can also contribute to miscarriage. For instance, sometimes, the body doesn't produce enough of the hormone progesterone, which is necessary to help the uterine lining to support the fetus and help the placenta take hold. "Because this is not very common, we usually wouldn't test for it unless someone has had multiple miscarriages," says Jonathan Schaffir, M.D., an assistant professor of obstetrics and gynecology at Ohio State University College of Medicine. Medication may improve the odds of a successful subsequent pregnancy.

Some lifestyle habits—such as drug use, alcohol use during pregnancy, and smoking—have been found to cause early miscarriage and pregnancy loss in later trimesters. Optimizing your health leading up to your pregnancy could help reduce your risk of miscarriage.

The ACOG thinks that certain autoimmune disorders play a role in miscarriage, especially with recurrent miscarriages. Although the exact role of immunologic factors in miscarriage is "complicated," according to Dr. Nowacki, she explains that the simplest way to understand it is that "the body just doesn't accept the pregnancy."

Some research has found that certain antibodies present could be among the most common causes of recurrent miscarriages. "Lupus is an autoimmune disease that can result in an increased miscarriage rate, often due to anti-phospholipid antibodies that these women often carry," Dr. Zobel says. "Up to 5% of women can also carry these antibodies. Any woman who has had a recurrent miscarriage—greater than three spontaneous miscarriages—unexplained fetal death after 10 weeks, or a preterm birth before 34 weeks is recommended to be tested for anti-phospholipid syndrome. You cannot control whether you have these antibodies. However, if they are present, there are treatments available to reduce the risk of miscarriage and pregnancy loss."

Other chronic illnesses that may be linked to recurrent miscarriages include heart disease, kidney disease, and liver disease. If you have a chronic illness, find an obstetrician experienced in caring for women with your condition.

Problems with the placenta

Although more common with second-trimester miscarriages, problems with the placenta, including an abruption (when part or all of the placenta tears away from the uterine wall, leading to a loss of oxygen and nutrients to the embryo or fetus) or issues with the placenta itself, have been found in a study done on people who miscarried.

Other factors that may increase your risk of miscarriage include:

How Do I Decrease My Risk of Miscarriage?

In many cases, miscarriage can't be prevented, especially when the cause is chromosomal abnormalities that aren't compatible with life. Even so, doctors advise optimizing your health before you conceive to give your pregnancy the best fighting chance. And that goes for both partners! The best chance of a healthy pregnancy is when both partners contributing genetic material are healthy.

"Generally, I advise that people considering pregnancy see their OB-GYN to review chronic conditions and medications, begin prenatal vitamins 2 to 3 months prior to trying to conceive, ensure that all their vaccines are up-to-date, review their diet, and ensure they limit or eliminate alcohol and caffeine in their diets," recommends Dr. Zobel. "Those who use recreational drugs are advised to quit."

Keep in mind, though, that even if you followed all of that advice, you may not be able to prevent miscarriage from happening to you. Sometimes, miscarriages just happen. But if you do experience a loss, remember that you are not alone and reach out to your doctor and other professionals for resources and support, especially in trying to conceive again. Miscarriage may be common, but that doesn't mean it's not a significant experience for you to go through and you deserve support along the way. 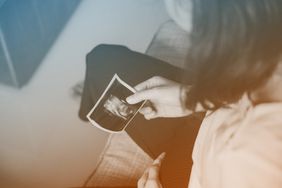 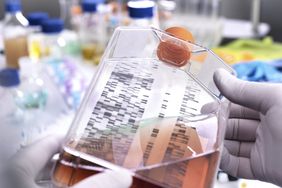