A miscarriage can be devastating. But many women who head to emergency rooms for treatment are left to suffer through their emotional loss. Here's what U.S. hospitals need to do better.

Kaylee Allen was seven weeks pregnant and bleeding heavily when she arrived to find a full waiting room in an emergency department near Ramsey, Minnesota. She asked the woman at the intake desk to have a more private area for herself. Someone brought her a wheelchair and sat her in the back hallway to wait for a half-hour before a room became ready.

After laying out pads on the bed, her nurse left and didn't come back. It was Allen's cousin who changed her soaked bed pads. She asked her nurse hours later for some pain pills initially offered to her by the doctor but was suddenly told they wouldn't help her in her situation. Allen remembers listening to the nursing staff outside her door discussing Tinder dates while she waited for the doctor to return to confirm her pregnancy loss.

Her experience left a bad taste in her mouth, especially the lack of compassion given by her assigned nurse. "She really needed to learn to read the situation and show some empathy for her patients," says Allen.

Experiences like Allen's aren't unusual. David Gatz, M.D., an emergency room physician at Mercy Medical Center in Baltimore, acknowledges the ER is a terrible place to receive bad news. "As routine as a concern for miscarriage may be to the emergency department, this is a major moment in this individual's life," he says.

Emotional challenges in the ER

As many as 10 to 25 percent of pregnancies end in loss, according to the American Pregnancy Association. While miscarriage symptoms like cramping and bleeding are common, they can be alarming to the person experiencing them. It makes it especially difficult when the symptoms are severe, or a patient's clinic isn't open, which is why many women find themselves heading to the ER to receive care. Unfortunately, this is rarely the best place to deal with the emotional toll of losing a pregnancy.

Trouble is ERs are sometimes overrun by non-emergencies and that puts pressure on staff to sort through actual emergencies, says Richard Chudacoff, M.D., a clinician specializing in obstetrics and gynecology. "Resources are scarce," he adds.

How My 6-Year-Old Son Helped Me Heal After Miscarriage

About 5.5 percent of emergency room visits are considered non-urgent, according to the Centers for Disease Control and Prevention. And when it comes to OB-GYN issues, the Emergency Nurses Association states that about 750,000 visits are made every year to emergency departments. These concerns require specialized knowledge and care that emergency room staff may not routinely have.

For Jolene Shasky, her loss was devastating. She describes her miscarriage handling as "procedural" with little empathy from the hospital staff. She had come to the ER for pain and bleeding due to complications from a dilation and curettage—a surgical procedure performed after a first-trimester miscarriage to remove fetal tissue from her uterus. Once in the ER, the doctor swabbed between her legs, assessing the blood loss.

"He pulls out this giant Q-tip and goes, 'There's just so much blood, so much blood.' And my sister is in the corner ready to pass out," recalls Shasky.

She was told to take a medication that would pass the remaining tissue from her body but wasn't given any information on what to expect from it, both physically and emotionally. "I was handed a prescription like you'd be handed a pill for pain," she recalls.

No one in the ER acknowledged her loss, adds Shasky, who thought her doctor was very matter-of-fact about the whole thing—certainly not rude, but lacking compassion for what she was enduring.

Anita Catlin, R.N., Ph.D., hears repeatedly of patients like Shasky receiving adequate care physically for a miscarriage, but staff rarely addresses the emotional side—feelings of grief and loss. Sometimes the grieving process can cause a woman to feel shock, denial, and anger.

If grief is addressed, patients can avoid mental health issues, such as anxiety and depression, that are also commonly seen when women and families are unable to process these losses, says Catlin. If left untreated, these can lead to long-term mood disorders, future perinatal complications, and even thoughts of suicide or self-harm.

Dr. Chudacoff informs his patients, primarily those who aren't seeing him after multiple miscarriages, that most likely the loss was due to a genetic factor and nothing the woman did. In fact, he says, nothing the woman could have done would have caused her to have a miscarriage, which is important to understand during a time of confusion and heartache.

How hospitals can do better

As a manager of research and design at Kaiser Permanente in Santa Rosa and Vallejo, California, Catlin has researched pregnancy and infant loss in different settings, including the ER, and is now working to change the way these cases are handled. Her latest research focuses on guidelines—now adopted by the Emergency Nurses Association—that staff can use to treat patients who view their miscarriage as a serious emotional loss. Guidelines include sensitive triage of an emotional emergency, handling the products of conception in a dignified manner if the patient requests, and providing detailed discharge instructions so the patient knows what to expect when they go home.

Some hospitals around the country are also moving toward using OB-GYN hospitalists to cover pregnancy-related concerns in the ER, and adding "specific OB-GYN ERs to handle cases [like these]," says Dr. Chudacoff. For example, TriStar Centennial Women's Hospital in Nashville has an OB-GYN ER that is staffed with OBs around the clock, providing easier access and more privacy than traditional ERs.

8 Things Not to Say to Someone Who's Had a Miscarriage

But for hospitals without these resources, it's important for staff to understand what a patient's loss means for them, as Catlin's protocols also focus on. "It may be the pregnancy was not necessarily wanted, and the woman can move on. But it could also be that this was a tremendously desired or hard-fought for pregnancy, and the loss is devastating," explains Catlin. The latter patients would benefit from doctors addressing the emotional side of miscarriage.

"This wouldn't make the loss easier," says Shasky. "But it would really have helped to have somebody who cared. Most people I know who've had a loss, it's a been a big deal." 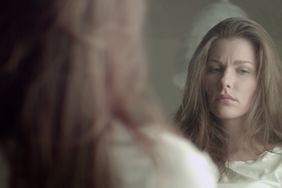 8 Things NOT to Say to Someone Who's Had a Miscarriage