After experiencing a miscarriage, Amy Walsh, M.D., did not feel grief over her loss. Instead, she felt guilty for feeling fine. Here, she shares how she reckoned with these emotions.

Mariah Carey, Beyonce, and Pink have all opened up about their struggles with miscarriages in recent years. Still, it continues to be a taboo topic in public, despite the fact that about 10 to 20 percent of women who know they're pregnant experience a miscarriage. As celebrities have come forward to share their miscarriage experiences, the media has begun to share more personal experiences of miscarriage, too. Most of the accounts that do make the news focus (understandably) on the pregnant person's feelings of grief, shame, isolation, and an ongoing sense of loss.

What I Didn't Expect When I Was No Longer Expecting

As an emergency medicine doctor and mom of one, I welcome those voices because I know it echoes the experience of many women who had a miscarriage. At the same time, shortly after my own miscarriage, Mother's Day rolled around. Along with it came a barrage of miscarriage stories to remind the uninitiated that Mother's Day is more complicated than a simple celebration for many families. Hearing these tales left me with a nagging sense of guilt: Many of these women felt a permanent hole in their families after a miscarriage. I did not. After weeks of self-reflection, I realized I felt guilty for not feeling enough grief over the loss.

I was excited to be pregnant

I knew I was pregnant for what felt like a long time (at least three or four days) before I took the pregnancy test that confirmed I was pregnant. I was excited. I'm pretty sure my husband, Joe, was too. My best-laid plans were falling into place. I had always imagined that after my first child turned two, we would try to have a second child. One month later, we were successful. Two days after that positive pregnancy test I noticed some bleeding. Initially, I thought I was going to have a miscarriage then, but it stopped, and the pregnancy continued.

As a doctor, I knew that there was about a 50/50 chance of miscarriage at this point, but as the pregnancy continued, my hope grew. One day at work, I snuck into an exam room during my break to perform an ultrasound on myself. The moment I saw a heartbeat, I started to think, "I might be in the lucky 50 percent."

About eight weeks into my pregnancy, the rare bleeding intensified. Again, I fired up the ultrasound and things looked fine, but when I went into the clinic for my first appointment four days later, they could no longer find a heartbeat. I remember tearing up, but pulled myself together, got dressed, grabbed the CD of images of my embryo, and drove home.

Once there, I told Joe and my daughter, Rita (who already had her "Big Sister!" T-shirt at the ready). Even though she was only two years old, Rita could tell I was sad.

We ate a sad lunch. The three of us had a tearful hug. And that's the last time I remember crying about my miscarriage.

I kept waiting to feel grief

After that final ultrasound, it took about a week for my miscarriage to begin in earnest. I was fortunate that the process was not as painful as I expected. My cramps were never much worse than regular period cramps. The bleeding, however, was much worse than I expected. Though I'm an emergency physician and I work with people having miscarriages often, I had a hard time believing that my body still had more blood to bleed (particularly in the first three hours).

While I watched my body physically respond as I expected, my emotional reaction was a surprise. During the first several weeks after my miscarriage, I kept waiting to feel the intense grief I had seen my patients experience, heard my friends share, and read about in newspapers, magazines, and blogs. It didn't come. So I waited a bit more. Negative emotions arose, but intense grief wasn't one of them. I remember thinking, "Am I a monster for not feeling worse? Or am I in denial and not fully experiencing my grief?"

What to Say to a Friend Who Has Lost a Baby

As I adjusted to the loss of my embryo, most of what made me sad was the loss of our imagined future, with a healthy child. A child who could chase Rita around the park. A child who could share a popsicle with her grandpa. A child who could walk across a graduation stage. That was not what the future would have held even if my pregnancy had continued. This thought helped me as I processed what was happening in my mind and body.

An interview I heard with Chloe Parsons (of the blog Wholly Chloe) regarding miscarriage reinforced this realization. The takeaway from the discussion: The body is an incredibly wise being. It can recognize very early that a pregnancy won't result in a living child. Miscarriage is a way the body protects itself from risk of pregnancy if that risk is not outweighed by benefits. I found this reassuring.

To be honest, the hardest part was telling my family. I felt foolish for getting their hopes up. Even today, several months later, I feel a pang of jealousy about women who are at a similar stage of pregnancy that I would have been right at this moment. However, because of my medical background, my rational left brain kicks into gear. My embryo most likely either had a genetic or developmental problem (meaning a major organ did not form properly) that he or she could not survive.

What I've learned since

My experience reinforced the concept that there is no "right" way to have a miscarriage, to experience loss, and to be a woman. There are many reasons that a miscarriage would carry more emotional impact: first pregnancy, multiple miscarriages, infertility (or even trying for a significant amount of time), loss of a spouse, or simply because pregnancy is a physically and emotionally vulnerable time. I have many friends—several physicians included—who have been surprised by how profoundly their miscarriages impacted them. Even a solid understanding that miscarriage cannot be prevented and is beyond our control does not necessarily protect one from intense grief.

Our life experiences, emotional make-ups, and support structures differ so widely that there cannot be a way you are "supposed to" feel about a difficult experience. Let's face it: loss sucks. There's no "wrong" way to feel about your miscarriage. There's no "wrong" way to share (or not share!) about your miscarriage. As a culture, we just need to get our minds "right" about one thing. Our reproductive health: menstruation, miscarriage, pregnancy, and postpartum recovery are too important to succumb to shame. 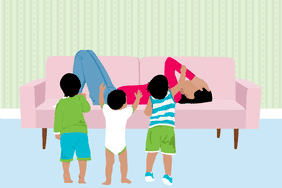 The Heartbreak of Miscarrying After a Healthy Pregnancy