A study of meconium—baby's first poop—helps doctors determine fetal alcohol exposure earlier than ever before, and draws connections to cognitive problems later.

Most OB-GYNs will tell their patients that alcohol use during pregnancy is a very bad idea. Yet, experts estimate that around 2-5% of school-age children suffer developmental disabilities as a result of fetal alcohol exposure—and that number jumps to 17% for those in the child welfare system.

So Why All the Controversy Over Alcohol and Pregnancy?

Now, new research out of the Jack, Joseph and Morton Mandel School of Applied Social Sciences at Case Western Reserve University indicates that the very first stool a baby produces can actually indicate whether the mother was drinking alcohol while pregnant, which is associated with cognitive issues in offspring. In fact, elevated levels of fatty acid ethyl esters (FAEE) in meconium (that first, precious poop) are indicative of maternal alcohol consumption, and can give doctors the information they need to determine whether the newborn is at a greater risk for cognitive problems.

The Importance of Early Intervention

In the study, published in the Journal of Pediatrics and related to a larger research network funded by the National Institutes of Health's National Institute on Drug Abuse—one that has observed almost 400 children since they were born in the 1990s, scientists looked at 216 babies to test FAEE levels in their meconium. Years later, at ages 9, 11, and 15, the subjects were given intelligence tests and those with higher FAEE levels scored lower. Essentially, developmental issues with intelligence and reasoning can continue into the teenage years in offspring whose mothers drank during pregnancy. This is why it's incredibly important to detect fetal alcohol exposure and intervene at the earliest stage possible.

While researchers were already aware of the negative effects on mental and psychomotor development of maternal drinking during the first two years of life, this new body of work is providing an early indicator via the meconium analyses and evidence that negative outcomes persist into adolescence with poorer working memory and verbal comprehension.

This essentially means that if you do choose to drink alcohol during pregnancy, your doctors will know even if you don't self-report because of the "footprints of exposures," the study's senior author, Cynthia F. Bearer, M.D., Ph.D., told Fit Pregnancy. "In our laboratory, we find effects on neurons at concentrations at least as low as that that occurs in the blood of a woman following 1/3 of a drink."

Considering more than half of the mothers in the study admitted to drinking while pregnant, it's alarming to learn that such a small amount of alcohol can have an impact.

The advice from the researchers is clear and simple: Don't drink if you are trying or expect to get pregnant, and stop drinking as soon as you find out you're expecting, Min says. Also, Bearer recommends avoiding mouthwash with alcohol (ethanol), as well as over-the-counter medications, hand sanitizers, and gasoline.

So instead of pouring your usual glass of wine or evening nightcap, make yourself a non-alcoholic mocktail and rest assured that your baby's future isn't in jeopardy. 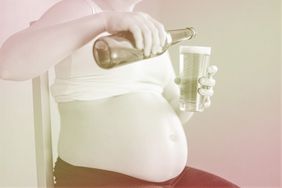 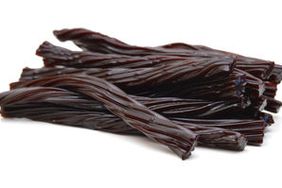 Put Down the Black Licorice Candy If You're Pregnant 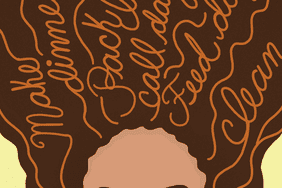