My daughter's friendship necklace triggered my own memories of schoolyard BFFs. But they hardly prepared me for an equally tough group: the mom clique.

My nine-year-old daughter Sabine recently brought home a friendship necklace. Two plastic cherries hanging from a silver chain. A girl in her class handed them out that day to three chosen friends. The necklaces would hang around their necks solidifying their bond and announcing it to the rest of the world. Sabine swore she would never take it off. I wondered aloud about the girls in her class who didn't get one.

"I don't think they noticed we had the necklaces," Sabine said in response. "Oh yeah?" I replied, trying to sound non-judgmental and casual. "I mean, maybe they saw, but I don't think they cared," she said, touching the new necklace that lay on her chest.

I remember when I was Sabine's age, three girls came to school one day wearing matching yellow t-shirts with a photo of the Fonz ironed on in his signature thumbs-up pose. I was fascinated and even a bit jealous of how their friendship could repel the trials of everyday girl life—or so it seemed to me. And this was just the start to the many friendship cliques that I watched from the sidelines. There was the group of girls in 6th grade who started wearing blue eyeliner and seemed inseparable, and then that high school crowd who shared a lunch table and stories of their weekend clubbing.

Personally, I'm more of a one-on-one person and always felt a bit unfit for the group, lacking in the particular qualities that they seem to possess: heartiness, insouciance, the stamina for "girls' nights out." So I was relieved when the relevance of these cliques seemed to fade after college. Shot out into the world in our early twenties, we had romances and friends and mucked our way to adulthood. We were colleagues, old friends, girlfriends.

It wasn't until I became a mother that these groups and cliques started to pop up again in my social universe. And even though I thought I outgrew these feelings, I came to realize how badly I wanted to belong—just like I did in middle school, and just like my daughter does now.

It all started when I was pregnant with Sabine and attended a weekly prenatal yoga class. The class was full of glowing women ready to face a new chapter in their lives fueled by the energy of our collective cat-cow. As we rolled up our mats at the end of class, I noticed a few mothers-to-be energetically sharing stories about their doulas, their jobs, their plans for maternity leave. I felt myself trying to fit in, looking for the friendly face and an opening to form a connection. As the weeks passed and, according to the pregnancy books, our fetus' went from the size of mangos to spaghetti squash, I fell in with a group who walked with each other after class and sometimes met for lunch. We shared the strangeness and pleasures of this new life experience—together. There were no girls' weekends or spa days, but, for once, I felt a part of a group.

My water broke two days before my due date, but everything else careened far off from any birth plan: back labor, an epidural, and finally an emergency C-section. Post-partum depression and struggles with breast-feeding followed. In those early weeks of motherhood, I felt so isolated and lonely. My long-time friends rallied, but most of them had babies long ago and were at work, or in another city. I needed those new prenatal yoga friends.

I heard that some of the women from class had formed a moms' group. They were meeting weekly, gathering in each other's homes and, presumably, sharing their deepest sleep-deprived thoughts and trading tips on sore nipples and cradle cap. So I decided to call a woman I knew from the group and ask about joining them.

"I'm so sorry," she said, "we are not accepting any more members."

(Cue the sound of car tires screeching on pavement) Huh? Had they managed to incorporate and write bylaws restricting membership size? I was as unprepared for the rejection (not to mention the corporate speak in which it was delivered) as I was for the power of my own longing to belong. Her declaration was as stinging and painful as any of the past friendship exclusions. I was nine and without a Fonzie t-shirt. I was 12 and not invited to that sleepover. I was 40 and not allowed to join their lousy mother's group.

At Sabine's elementary school, I was again a part of a freshman group of parents. Who would be the parents of my daughter's good friends? And, it seemed of equal importance, who would my friends be? Would I belong?

As Sabine gets older, my expectation and even desire for membership in a group has waned. Even though the clusters of moms with their buoyant togetherness and solidarity do not escape my notice, I've learned that I don't need a clique—I'm fortified by my friendships that seem to exist most frequently and most naturally for me as twosomes. Perhaps when I first became a mother, as new and insecure as the infant I was to protect, a primordial survival instinct sought the protection of the pack. Perhaps I've learned to recognize when her experiences are not my own, her childhood its own terrain. And she seems to be navigating her social sphere with aplomb. This time, Sabine was on the inside, included. But I know she won’t always be. We never are.

"Maybe I could get a necklace for everyone!" Sabine said later that night she brought home the friendship necklace. Despite my hesitation to promote the clique culture, I liked that she was being inclusive, so we went on Amazon and found hundreds of friendship necklaces to choose from. Two halves of a broken heart for the one best friend, three hearts for the trio, four smiley faces for the larger groups. And so on. Clearly, there was a flourishing friendship necklace market.

Recently, I chatted with a fellow divorced mother outside school. We traded stories and for a moment there, I felt the giddy frisson of shared intimacies and the joy of making each other laugh. Then she mentioned that she had "a posse" of divorced mothers. One owned an ice cream shop, the other was a top lawyer, another an artist. They were all, apparently, "fascinating" and "awesome." They met for drinks and late-night chats and shared secrets. Was she about to ask me to join? ​

The invitation is still pending, but at least I know where to get the necklaces if I decide to join. And if not, I know I’ll be fine, just as my daughter will be when she is inevitably on the outside in middle school…high school…or as a mother herself! 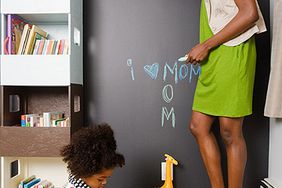 Learning to Play with Your Kids 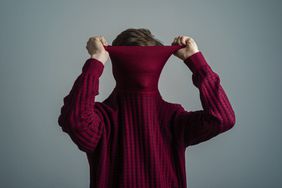