Last month I received a message from a reader, Christina Schmitts, whose grandson had been born with a birth defect known as gastroschisis. I had never heard of the condition, but the fact that he'd spent nearly 9 weeks in the NICU meant it was something serious. It made me wonder not only about gastroschisis, but about how many other babies are born in the U.S. each year only to struggle with major complications during their first weeks of life.

In the case of Zain Schmitts, his parents found out during a 3-D ultrasound when his mother was 15 weeks pregnant that he had gastroschisis, which causes intestines and other abdominal organs to grow outside the developing body. "We thought it only affected his small intestines and his stomach, but when he was born it was actually his gall bladder, and his appendix, and his small and large intestine that were all outside," says his mother, Lejla Handanovic.

More and more babies in the U.S. are born each year with gastroschisis. In fact, between 1995 and 2005, the number of cases nearly doubled. "During the time I was pregnant, there were nine other women at the same hospital that were being monitored for the same issue," said Lejla. Doctors and researchers are working to discover the cause for this drastic jump, but so far they've come up short.

"Every four and a half minutes a baby is born in the U.S. with a birth defect," says Beverly Robertson, the national director of the Pregnancy and Newborn Health Education Center at the March of Dimes in Mamaroneck, New York. This translates to about 1 in every 33 babies. Of course, these conditions range in severity. The most common defects occur in the heart, but cleft lip/cleft palate, Down syndrome, and spina bifida follow closely behind.

Thank to an increased knowledge of the human genome, doctors and researchers are also able to have a better sense of which birth defects exist. And with the advent of 3-D ultrasounds, we can see more than a beating heart in utero and it's easier than ever to catch potential problems.

To increase the chance of having a healthy baby:

None of these recommendations will avoid all risks of birth defects, as Lejla knows. "I felt a constant worry during my pregnancy about what was going to happen," she said. "It's almost a guilt. It's kind of: What could I have done to prevent this? But there really wasn't anything I could have done." She armed herself with as much information about gastrochisis that she could and began following an online support group through Facebook known as Avery's Angels. The international foundation was created in honor of Avery John Rauen, born with gastroschisis, who died of post-surgery complications. The organization is dedicated to gastroschisis research, awareness, and family support. Today, July 30, Avery's Angels celebrates Gastroschisis Awareness Day.

Any parent (or grandparent) affected by a birth defect will tell you that it's not only emotionally difficult, but overwhelming. Fortunately there are many sources of information and support.

If you know someone whose child was born with a birth defect you might not know howto help. "Sometimes we don't know what to say or what to do," says Robertson, "so we don't do anything." But, it's important to stay in touch. Here are ways to show families in need that they are in your thoughts. And we have more ideas in this story on how to help a friend get through a tough time.

After he was born, Zain's condition slowly improved as his mom and dad stood watch in the NICU. "His belly looks exactly like anybody else's, except he's got a scar instead of a belly button," says Lejla. Zain was expected to go home just a few days after our conversation, but had to undergo a second surgery on July 2 to remove adhesions that had formed on his bowel. Ever the trooper, Zain made it through the long surgery and is preparing to go home with mom and dad on August 1 with a port in his chest to deliver medicine and a feeding tube in so he can eat every 3 hours without needing to be woken up. We wish him and his family the very best. 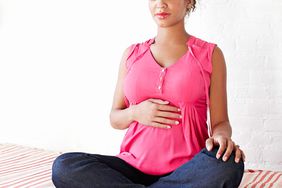 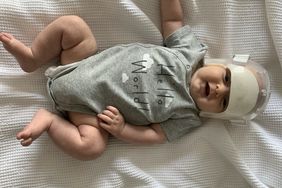