More states are dropping or revising these new student standards, as the opt-out movement gains steam.

Let me say right off that I have no problem with the idea behind the Common Core: to ensure that our students leave high school ready for college or to embark on a successful career. It makes perfect sense to try to improve our school system and teaching methods, and to ensure that our kids are able to compete in the global marketplace.

That said, the Common Core has proved a monumental failure thus far. The statewide tests (a.k.a assessments) have been poorly implemented. They have consistently failed to match up with the Core's standards, leaving teachers guessing about what to teach—and how—in order to prepare students. Tying the results to teacher and school evaluations has, not surprisingly, been an unpopular move with the UFT. And forcing states to adopt the standards or lose education funding has led opponents to claim federal interference.

The latter issue, though, has nothing to do with my personal objection to the Core. I believe the government should be spending more, not less, on public education. But that money should be spent on specialty training for teachers, since so many jobs in the future will be based on a solid base of knowledge and competency in STEM (science, technology, engineering and math). Instead, the prime emphasis has been on increasing the length and difficulty of the standardized tests, as if making assessments harder will, by osmosis (actually, it's diffusion, but I'll go with the vernacular), make our young students learn and perform better.

How challenging are the tests? Very. They require a level of sophistication and reasoning that often seems beyond what is age-appropriate for a grade-schooler. As my daughter completed practice tests last spring for the fifth-grade New York State ELA (English Language Arts) assessment, I found some of the questions so arcane and oddly phrased that it was difficult to discern the answer based on the supplied reading passage.

As for the math, suffice to say that it's not only possible but likely to know how to do the computation work and yet still be "tricked" into the wrong choice. Consider: In our September issue, we printed an actual fifth-grade Common Core math question and the answer. Three readers—two of whom happen to be math teachers—contacted us to say that our answer key was incorrect. It wasn't. They hadn't read the question properly. This illustrates the problem: If folks who teach this subject to kids for a living can't make the grade, how are our children supposed to?

In fact, most of them can't. In New York, just 30 percent of fifth-graders passed the English exam, and only 43 percent were deemed proficient in math. Those numbers are actually an improvement over the 24 percent who passed the English and 34 percent who were proficient in math two years ago. But this mild improvement hasn't made parents, teachers, or administrators any more comfortable with the Core: A staggering 20 percent of New York students (around 200,000 overall) opted out of this year's test, and opposition continues to grow.

This has led led to some serious reassessment. New York recently ditched Pearson, which was contracted to produce the statewide assessments, in favor of a competitor, Questar Assessment. Late last month, Governor Andrew Cuomo launched the Common Core Task Force to overhaul the current system and reevaluate the way students are taught, saying "the way [the Common Core] was instituted failed." He promised to reduce the number and the length of tests in the future.

Other states have experienced similar issues and pushback. As the New York Times reported, several (Oklahoma, South Carolina, Indiana) have abandoned the Common Core, and at least 18 have taken steps to revise or review the standards since adopting them. Meanwhile, some states are bending results to save face, labeling kids' scores as "proficient" when they merely "approached expectations" rather than met them. Ohio, California, and North Carolina all fall into this category. Honestly, it's hard to blame them. No government wants to admit that its education system—and its students—are coming up short.

Last weekend, the Obama Administration announced new guidelines for standardized tests, admitting that kids spend too much time taking unnecessary exams in schools. It called for students to spend no more than two percent of class time taking tests so as not to crowd out teaching and learning, and plans to release further details in January.

Certainly this is a step in the right direction. The Common Core was established on a backward premise, telling schools that they needed to do better without changing the blueprint for instilling the necessary knowledge and skills to facilitate success. It's time to go back to the blackboard, and do better.

David Sparrow is a senior editor at Parents who covers education, among other topics. While his daughter did well on this year's Common Core assessment, she worries about having to master a brand new test again next spring. 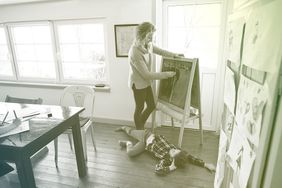 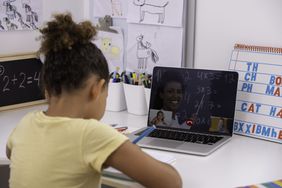