Overuse Injuries Are More Common (And More Harmful) Than We Thought

My oldest son is playing on a Little League travel team this summer, and unlike the regular season, which, in my son's division, is coach-pitched, travel team means kids face pitchers their own age. My lefty son is one of several kids on his team who will be hurling balls at batters, and that means that not only is he working his arm on game day, but he's also practicing pitches on his own several times a week.

I'm happy that my boy has the opportunity to play different positions (he also catches and plays first base) but even at this early stage in his "career" I'm worrying about overuse injuries—in part because he isn't involved in any other organized sports at this time, and also because two recent studies are shedding additional light on the problem. Research presented earlier this week at the annual meeting of the American Orthopaedic Society for Sports Medicine found that "surgeries related to overuse elbow injuries, i.e., Tommy John surgery, are more common among young athletes than previously believed." According to lead author Brandon Erickson, M.D., of Rush University Medical Center in Chicago, 15–19-year-olds made up more than half of the Ulnar Collateral Ligament Reconstruction (UCLR), or Tommy John, surgeries performed in the United States between 2007 and 2011.

In a press release, Dr. Erickson noted, "The research numbers suggest that more young athletes believe that having an UCLR procedure performed earlier in their career may lead to the big leagues or a scholarship, even though only one in 200 kids who play high school baseball will make it to the MLB. This paradigm shift needs to be evaluated further to help prevent overuse injuries in kids from the beginning of the season when most issues arise."

ON that note, interestingly, another new study from the AOSSM found that having surgery before college athletics may actually put young athletes at an increased risk for future injury—although this particular study found that to be the case with lower extremity surgeries, rather than an arm surgery like Tommy John. "This is the first study to look at the relationship between precollegiate surgery and future injury requiring surgery in collegiate athletes," said lead author, Dean Wang, M.D., from the University of California at Los Angeles, in a press release. "Our results suggest that athletes injured before college might be left with a functional deficit that puts them at risk for future injury."

Don't get me wrong here—I'm not the sports version of a stage mom, already dreaming of an athletic scholarship for my son. And I trust that his coaches, who keep track of the kids' pitch counts, are aware of the issue. But the findings of studies like the ones noted above have opened my eyes even more to the dangers of overuse injuries—and I'm doing everything I can to educate myself and protect my little athletes.

Erika Janes is the Digital Director of Parents.com, the mom of two sports-loving boys, and a former college athlete who managed to avoid surgery for overuse injuries. 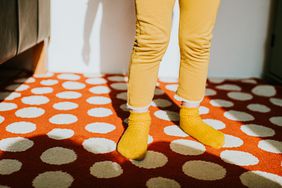 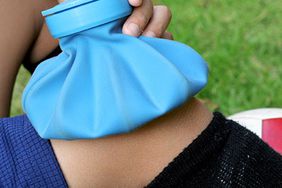