Hate Did Not Trump Love This Election Day

In the aftermath of the 2016 election, we must figure out how to move forward as a nation together—for ourselves and for our kids.

This election season has been a long, loud, and painful argument, with lots of shouting and not much listening. In the aftermath, I’ve read gleeful accounts interpreting the results as an indictment of “the liberal agenda ” as well as angry, frightened, and grief-stricken accounts characterizing the election as a victory for greed, misogyny, racism, and bigotry.

In psychology, there’s a concept called the in-group bias, which is the belief that our own group—however we define it—is good and smart, and the other people are bad and stupid. That kind of thinking might be useful for winning votes in an election, but it’s not helpful for moving forward as a nation.

But we're all vulnerable to what I call “empathy blind spots.” It’s easy to recognize empathy blind spots in children: A boy who is generous and caring with his friends casually excludes “that weird kid” at lunch; a girl who is a model of kindness at school, viciously taunts her younger brother at home “because he’s annoying.” In these situations, most adults would step in to insist on kindness. Unfortunately, we have a harder time recognizing our own empathy blind spots.

The theme that has run through both sides of this election is of people feeling unheard—believing that their experiences have been dismissed, devalued, and threatened. The voting results that the polls didn’t imagine and the wide-spread, unprecedented protests after the election... these are evidence of deep pain and division in our country. Condescending “I’m sorry for you” statements won’t heal this pain. We need to listen. We need to act to bring our country together.

Our democratic republic is bigger than one man, one election, and one party. We will figure out how to move forward as a nation. To do so, we need to shift from trying to win to trying to understand. We don’t resolve arguments by yelling louder or refusing to listen. An “I’m right; you’re evil” mentality cannot heal our divided nation.

So, what do we tell our children?

We need to tell our children that we are here to take care of them. It’s scary for kids to hear adults arguing. Although the election is over, the issues certainly aren’t resolved. Our kids need reassurance that their safety and well-being are our number one priority.

“I believe in our system of government.”

The peaceful transfer of power is the foundation of our democratic republic. So is our system of checks and balances. Although Republicans have a majority in Congress, this is certainly not a united party that will rubberstamp every idea that Donald Trump puts forward, and Democrats still have representation. There will be discussion and debate. We also have state and local levels of government, a free press, constitutionally guaranteed free speech, and a court system that can challenge policies. We are certainly not perfect, but there are many good things about our government.

“Our nation is one family.”

We need to move beyond “us versus them” thinking to figure out how “we” can move forward. Family arguments can get heated and family members sometimes say and do hurtful things to each other. But love means trying again. We need to accept and work to understand people who are different than us. There are many things that divide us, but our common humanity unites us.

“Brush your teeth. Pick up your toys. Share with your brother.”

Normalcy helps kids cope. Fear leads us to imagine many terrible “what ifs.” Usually, the worst things we imagine don’t happen. In uncertain times, we move forward by doing what we need to do, putting one foot in front of the other.

Find ways for your child and your family to take action to spread kindness in the world. Volunteer in a soup kitchen. Choose a new or favorite charity to support. Have a family campaign to do random acts of kindness. As long as we keep trying to reach for compassion and to make caring choices, hatred can never win.

Eileen Kennedy-Moore, PhD, is a clinical psychologist based in Princeton, NJ, and professor for The Great Courses audio/video series Raising Emotionally and Socially Healthy Kids. She serves on the advisory board for Parents magazine. Check out her website at www.EileenKennedyMoore.com

Are Romney and Obama Talking About the Things That Matter to Parents? 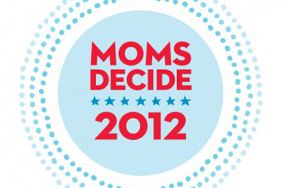