DVR Alert: This Docu-Series on Fetal Surgery Is Riveting!

Like many expecting couples, Shelly and Bobby were excited for their 18-week fetal ultrasound. The Massachusettes couple asked their ultrasound tech to write their baby's gender on a piece of paper so they could open it—and celebrate the news—later on, together. Instead, they got news of a very different sort: A message that their doctor needed to speak to them, and the devastating finding that their unborn baby girl appeared to have the most severe form of spina bifida possible.

Shelly is just one of the moms-to-be whose story is told in an absolutely riveting new three-part documentary series, Twice Born: Stories From the Special Delivery Unit, which premieres on PBS on Tuesday, March 31st, at 8:00pm ET. The series follows doctors and staff at the fetal surgery center at The Children's Hospital of Philadelphia (CHOP) and the families who come to them hoping for miracles.

Thirty years ago, as the series points out, we wouldn't even be talking about any of this. Doctors who proposed the idea of operating on a fetus were considered crazy. But today, hundreds of prospective patients like Shelly come to CHOP's Center for Fetal Diagnosis and Treatment each year to be evaluated to see if they—or more specifically, their fetuses—are viable candidates for fetal surgery. Roughly 150 to 200 are accepted as patients. It's a life-changing opportunity, and a decision with tremendously high stakes, but the drama, of course, starts well before that point.

I had the opportunity to watch part one of the series before it airs, and I can attest to the fact that it's must-see TV for any parent or parent to be. There is joy and sadness as Shelly and Bobby and Lesly, another mom-to-be featured in episode one, share their stories and learn whether or not CHOP will be able to help their unborn babies. (Lesly's daughter developed a tumor in utero that could prevent her from being able to breathe once she's delivered and the umbilical cord is cut.) There's the behind-the-scenes insight from the CHOP medical experts, including a touching, unexpected revelation about one of the surgeons' own experiences as a parent.

And then there's stunning (and, as the photo above illustrates, graphic) footage of actual fetal surgeries taking place. It's just mind-boggling to see these doctors at work on the tiniest, most vulnerable of patients and to acknowledge how advanced—and amazing—modern medicine has become. (In related news, now there are even micropacemakers being developed for fetal use!)

I watched the first episode for my job (and you can watch the trailer here), but I'll tune in to the next two out of genuine interest and fascination. This is reality TV that's absolutely worth watching.

Erika Janes is the Digital Director of Parents.com and the mom of two boys. Follow her on twitter: @ErikaJanes1 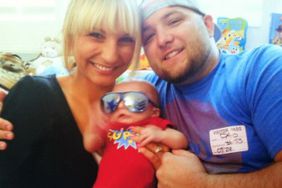 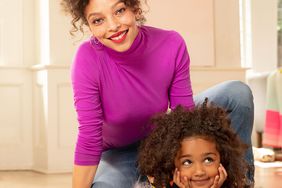 Do I Really Have to Follow That Health Rule?