Dry Nights, At Last! What Finally Worked for My Bedwetter

Both of my children were potty trained by age 3--during the day, at least. My older daughter had three dry nights in a row a few months before she turned 5, so we put her in underwear, and to this date she's never had an accident. (She's 9 now.) When my younger daughter's 5th birthday came and went with her still in diapers at bedtime, I didn't think much of it--different kid, different timetable. Her pediatrician wasn't concerned, either. But then Lila's 6th birthday passed, and she told me she was too embarrassed to have friends over in case they saw her Pullups in her closet. Shortly after, I heard a discouraging stat: Only 15% of bedwetters become dry on their own a year later. So if we waited for things to get better, it could literally take years. It was time to deal with this.

First, I wanted to rule out any medical causes for her bedwetting. (Excessive urination is a common red flag of diabetes, for example.) Once we learned that everything was normal, we focused on bedwetting treatment options. Research shows that medication is not as effective as a bed alarm. And age 6 is a good time to start using an alarm; younger children don't respond very well. So my husband and I geared ourselves up for what an alarm would mean for all of us. Put simply: bad sleep, and a lot of laundry, for the next several months.

We had one huge advantage, which was a willing child. Lila was totally motivated to stop bedwetting, and she found the idea of an alarm sort of fascinating. We got the kind that has two parts: a sensor that clips to her underwear and a transmitter that attaches to the shoulder of her pajama top, beeping loudly when the sensor gets wet. (We also invested in a super-absorbent pad that we attached to the top of her mattress and always had a pile of clean sheets and blankets waiting on the floor.) We explained that when the alarm went off, we'd turn it off and help her to the bathroom. This was a key step, having her go to the toilet even if her bladder was completely empty. The hope was that she'd eventually turn off the alarm when she was wet and head to the bathroom on her own. But the goal was for the alarm to train her reflex system to tell her when her bladder was full and send her to the bathroom before she urinated.

I can't say we saw much success. For the first several weeks, that dreaded alarm woke me and my husband--though not Lila--every night, sometimes twice. I tracked each night in a simple chart that came with the bed alarm; I didn't see much of a pattern to her accidents. Sometimes they happened before midnight, other times they weren't until 4 or 5 in the morning. We tried limiting how much water she drank, and woke her to use the bathroom before we went to bed, so there'd ostensibly be less urine in her bladder for the night. But experts don't encourage that because while it does cut back on accidents, it doesn't help the brain and bladder communicate with each other.

Then, through the good fortune of my job here, I met a father-son team of bedwetting experts in town from Israel. Jacob Sagie, Ph.D., and his son, Tal Sagie, M.A., have treated more than 30,000 bedwetters in the past three decades. They've now created a new program called TheraPee. It requires an alarm (though a different kind—I'll explain), but what sets it apart is the online component.

The Sagies knew that they'd been successful with their patients, who ranged in age from 4 to 35, because they were able to meet face to face. With TheraPee, they're replicating the in-person experience in the form of hundreds of brief video clips tailored to your child's situation. Here's how it works: You initially provide information about your child, including age, gender, duration of bedwetting, and more. Based on that data, the appropriate video will play, starring Tal, who speaks directly to your child, welcoming her to the program. (That's him in the photo illustration above.) Lila looked at me in amazement and said, "Is he really talking to me?" She was enthralled. This is the point, says Tal: "The soul of the treatment is the therapist. His ability to establish a trusting relationship with your child, knowing how to motivate him, and always giving him hope and helping him believe in himself, are the key elements for success." This is why the videos rely heavily on cognitive behavioral therapy principles. For example, your child will watch a clip that incorporates modeling by showing thank-you notes and progress charts from successful former TheraPee patients.

A word about the charts: They were a big deal for Lila. With the first treatment method we tried, I kept my own records. Dr. Sagie pointed out that we were missing a critical opportunity to motivate Lila and help her feel invested in the process. What's more, my chart was ugly to look at. TheraPee's online chart requires more information, including the size of the wet spot, the time of night the accident occurred, and whether your child woke up on her own. It's easy for kids to fill it out themselves. And when they have a dry night, they get to put a blue star on that square. After four dry nights in a row, they get a red star. And after eight consecutive dry nights, they get a much-sought-after gold star. I couldn't believe how genuinely excited Lila was to place her stars on the chart, and how much she was keeping tabs on which color star she was due for. After two weeks of reporting results, Lila would have another session with Tal, using videos tailored specifically to her progress. (One note: His accent is strong, and I was certain Lila was going to find it distracting. To my surprise, it only seemed to make her pay more attention to what he was saying.) In the video clips, he would praise her progress, cheer her on, give mini quizzes to make sure she understood what she was being told ("What kind of star will you get for one dry night?"), and give us homework—daily exercises that would help strengthen her bladder or improve her reflex system. One such exercise required her to urinate for three seconds, stop for three seconds, and repeat that pattern until she was finished. (There are much more sophisticated exercises for children who use the program for a longer period than Lila did.)

Another difference this time around was the alarm itself. Lila wasn't physically attached to it anymore (many kids resist that kind, says Tal). Instead, we put a sensor pad under her sheet that plugged into an alarm box right next to her bed.

Since mid-November, Lila has had a total of three accidents. She "graduated" from TheraPee in early February. As a way of celebrating, Lila got to virtually meet Tal via Skype, which was nothing short of a thrill for her, after all of her video sessions. This isn't necessarily typical, but "we do our best to assist all patients by phone, email, or Skype if they need our help during the program," he says.

The program isn't cheap: You can either pay $279 for the alarm and unlimited access to the software, or $199 plus a $19.99 monthly fee (perhaps a better option if your child is very close to having dry nights). But the Sagies say their success rate with TheraPee is 90%, and it's clear from these glowing reviews on Amazon that it's working for many, many more children out there. If you're interested, you can get a free consultation. And should you use it, I wish you and your child the best.

Kara Corridan is the health director of Parents. Now that Lila's bedwetting days are over, she's moved on to a loft bed, where she sleeps soundly every night.

How To Stop Bedwetting: 8 Solutions for Toddlers and Kids 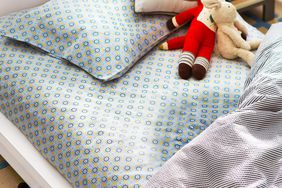 5 Bedwetting Myths Put to Rest, From a Pediatrician Parent 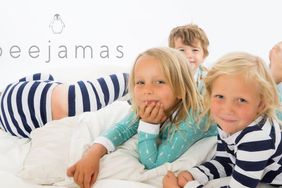 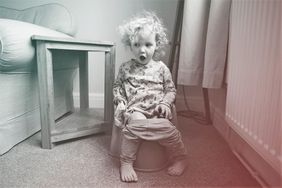 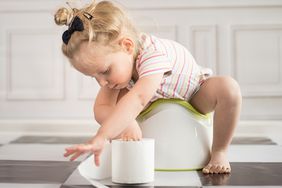