Emilio Delgado, who played Luis on Sesame Street for 45 years, died this week at the age of 81. He held the title of holding the longest-running role for a Mexican American in a TV series and will be missed by fans across the world.

Like most children of the 80s, I grew up watching Sesame Street. Just hearing the few opening notes of the theme song brings back so many happy memories. Needless to say, I was heartbroken to hear that Emilio Delgado, the Mexican American actor who played Luis on Sesame Street for 45 years, had passed away this week at the age of 81. Over the years he had become like family, not only for me, but for millions of others who tuned into Sesame Street every day.

Delgado was the smiling face behind the counter at the Fix It Store, helping monsters and humans alike. But most importantly, Delgado shaped the identities of a whole generation of Latinx kids who finally got to see people who looked like them reflected on television.

We watched as he listened to Big Bird talk about Mr. Snuffleupagus when no one else would, we listened to him sing a beautiful Spanish rendition of "Sing, Sing a Song" with an acoustic guitar, and beamed with joy as we watched him fall in love and marry his on-screen wife, Maria. We were there for all of it—making this a tough loss for many.

"I grew up in rural PA with little diversity around me, one fan said on Twitter. "I can say that Luis definitely impacted me by showing that people of all types can come together as a caring and kind community. I now strive to teach my own child this as well. Diversity is important!"

"I can tell you that even as a 6-year-old, seeing Luis (who reminded me so much of my uncle Gilbert) with his Latin name and skin that looked like my relatives MATTERED to me. I felt like it was a show about me too," said another.

Delgado, himself, was very aware of the impact he made and graciously held the title of longest-running role for a Mexican American in a TV series. "For the first time on television, they showed Latinos as real human beings," Delgado told the Houston Chronicle in 2020. "We weren't dope addicts. We weren't maids or prostitutes, which were the way we were being shown in television and in film. Here, on Sesame Street, there were different people who spoke different languages and ate interesting foods, and they were all Americans."

Off camera, Delgado was a dedicated Chicano rights activist, fighting for social and racial justice with the United Farm Workers led by César Chávez. He also participated in protests against the Vietnam War.

Born May 8, 1940, in Calexico, California, Emilio spent his early childhood living with his grandparents in the small border town Mexicali, Mexico, but more recently Delgado had been in hospice care after he was diagnosed with Multiple myeloma, a blood cancer, in December 2020.

He will be missed by countless fans. Delgado's very good friend, Kermit the Frog, said it best:

"I'll never forget my friend Emilio Delgado. I have so many memories of singing, laughing, and learning a lot with him on Sesame Street. We'll miss you, Luis." 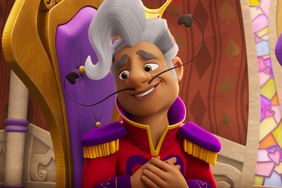