Toddler Won't Listen? This Mama is Fed Up!

Getting my 3-year-old, Hudson, to listen to me explain ANYTHING is tough! It doesn't matter if I'm trying to tell him why he needs to eat his vegetables, or if I'm warning him not to snatch a toy from a playmate. I often have low expectations when trying to reason with my toddler, especially when he demands that things go his way—which is pretty much all the time.

When struggling through these moments, I try to remember that I'm talking to a toddler, and it's wrong for me to expect him to have a fully developed set of deduction and reasoning skills. Recently, I've been testing out a new tactic—bending down and talking to my son at eye-level, while utilizing a simple, yet descriptive vocabulary to discuss the situation at hand.

If Hudson's cousin was playing with a toy, and my son couldn't help but reach for it, I would now employ my new tactic, and get right down at eye-level. I would say something like, "Teo is playing with the dinosaur right now—he had it first. When he is done you can have a turn, and if he doesn't want to share, then you need to respect him and give him his space by finding another toy to play with." I hate to admit it, but I know if Hudson was faced with this scenario, he would most likely still snatch the toy, and then the situation would escalate into 3-year-old tantrum territory. The worst part is I know he clearly understands what I'm saying, but he is choosing not to cooperate. Not fun!

I'm starting to wonder if I should handle these situations in differently, as just last weekend my husband and I got together with some friends for brunch, when their 3-year-old daughter had just woken up from a nap. Another friend's 4-year-old daughter was there too, and wanted to play with her, but the 3-year-old was cranky and so not in the mood. Her father piped in and said, "You need to snap out of it and take advantage of this opportunity to play with your friend. Don't come crying to me when we're in the middle of paying the bills that you suddenly want to play."

What?! My approach would have been so different. I probably would have said something like, "I know you're tired baby, and I'll let your friend know that when you're ready to play, you will. I will tell him to give you some time to ease into it." I'm not sure if my friend's approach worked, or if his daughter just snapped out of it on her own, but within 10 minutes the girls were playing nicely with each other.

How do you communicate with your niños in tough situations?

Check out how Latina Mommy, Yesenia Almonte, feels about family pressure to have kids. 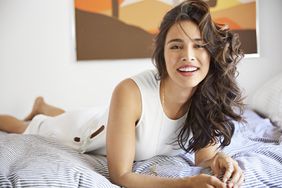 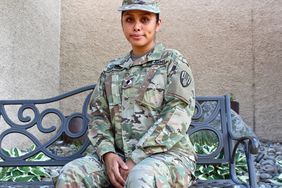 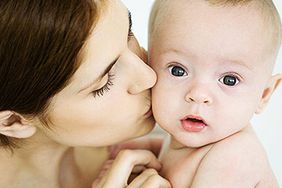