The Queen of Tejano music will forever have a place in our hearts. Here's how we're still learning from the imprint Selena left behind.

For young Latina girls growing up in the 1990s, Selena Quintanilla-Perez was everything: A multi-talented and wildly successful singer-songwriter. Stunningly gorgeous with an unforgettable smile. A vibrant young woman who was genuinely kind, humble, and down-to-earth. And of course, a Latina shining brightly in the States at a time when we lacked representation even more than today. Many of us, including myself, still recall singing along to "Como la Flor" blaring on the boombox in our bedrooms, and were devastated when we heard she was taken from us in 1995. Almost three decades later, we still sing along to "Bidi Bidi Bom Bom" in our cars, but this time it's on the way to pick our kids up from school. In honor of what would have been Selena's 51st birthday on April 16th, we're thinking of all the great lessons we learned from Selena Quintanilla-Perez and how to share them with our kids.

Here are a few life lessons we can impart on our children from the Queen of Tejano Music herself.

5 Life Lessons Our Kids Can Learn From Selena

It's Never Too Late To Learn Something New

While most of us have heard Selena sing Tejano music fluently in Spanish, the truth is Selena didn't actually grow up speaking the language. Like many Latinxs and children of immigrants, she was raised in an area where English was the dominant language and grew up monolingual. But when her father taught her to sing Spanish phonetically, she eventually decided to also learn how to speak the language and became bilingual. It's a great reminder that even if we don't fully learn something as children, we can always find ways to learn it later on.

Don't Be Afraid To Create Your Own Style

If you close your eyes and picture Selena, you probably see her in one of her signature looks: a black bustier with rhinestones and a blinged-out black cap, or perhaps the infamous glittering, purple jumpsuit with the bellbottoms—and always with dark red lipstick. Selena was not afraid to stand out, and as a performer, this made her even more recognizable and admirable to her audiences. In a world that constantly criticizes our looks, figure out what your own style is and don't be afraid to show it off.

Selena remains a Latina and Mexican pop culture icon for a reason. Despite having been born in the States, Selena always honored her roots. She never tried to change her appearance to appeal more to white audiences. Instead, she maintained her black, sometimes frizzy hair, sang Spanish songs for Latinx audiences, and wore bold outfits that didn't attempt to hide her curves and tanned skin. Unlike some Latinx artists who might have attempted to bleach their skin and hair, or completely forgo performing in Latinx spaces, Selena always remained true to her culture. That's something we can all get behind on.

Never Let Others Define You

It's no secret that Selena's father had trouble trying to set up shows for the young Tejana singer due to the simple fact that she was a girl. At the time, there were no other major female Tejana stars and the machismo ran strong within the community. It's hard enough being a female in any industry, and moreso in a heavily male-dominated one. Selena could have easily decided to quit and allow the backwards-thinking men at her shows to win, continuing to perpetuate sexism within Tejano music. Lucky for us, she persisted and went on to become the Greatest Female Latin Artist Of All Time, paving the way for young Latinas everywhere.

Always Give It Your All

Selena was fortunate to have a family who supported her goals, but she still never would have gotten as far as she did had she not always been striving for success. The young Tejana was focused on her goals and worked hard, practicing her music and dance moves, and later opening her own fashion boutiques, and even appearing on television (in the telenovela Dos Mujeres Un Camino) and film (in a cameo role in Don Juan De Marco). No matter what she was doing, Selena was always giving it her all, and it brought her tremendous success. She eventually won a Grammy Award, several Billboard Latin American and Mexican Music Awards, Lo Nuestro Awards, and more—and has continued to win even more posthumously. We can only hope to pass on some of that drive, stamina, and the ability to dream big to our own children. 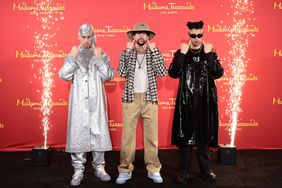