After experiencing the difficulties of running for office as a working single parent firsthand, Congresswoman Katie Porter is shaking things up on Capitol Hill by introducing legislation that could tip the balance of representation in Congress.

When Katie Porter decided to run for a seat in the U.S. House of Representatives it wasn’t as a career politician—she was a single mom of three who was determined to do what she could to help fix the system. Porter, who attended Yale and Harvard and went on to teach law at the University of California, Irvine, was a long-time consumer advocate and policy specialist. In the wake of the 2016 presidential election, she felt like she could make a difference and that running for Congress was the best path forward.

After successfully completing her run for office in California by defeating a two-term incumbent, Porter not only became the first Democrat to win her district since its creation, she also became the first single mother to ever hold a seat in the U.S. Congress. And now her mission is to ensure that others like her have the ability to run for office and not be held back by lack of support for single moms.

Surviving and Thriving as a Single Mom

In 2019, Porter introduced the Help America Run Act which would allow candidates to put a percentage of campaign contributions toward child care expenses, elder care expenses, and health insurance premiums over the course of the campaign. “We want a diverse Congress, we want to hear a lot of different voices; so the idea behind the Help America Run Act is to make it possible for people from all different walks of life, all different backgrounds—whether you’re taking care of your parents or taking care of kids, whether you’re in a position to afford health care or not—we want you to be able to make a run for Congress and let the people elect the best person to be their voice.”

The bill passed in the House with a bipartisan majority and is pending to be heard by the Senate.

Porter says the campaign trail wasn’t always easy to manage as a single mom of three. “I juggled a few different [child care] providers, which was hard on both me and my kids.” Porter says her kids, Luke, 14, Paul, 11, and Betsy, 8, tagged along to many campaign events, and just like families with working mothers everywhere, they made it work.

As it stands, there are no policies regarding dependent care for those running for federal office. Child care and elder care must be paid for out of pocket. And since most people who run for office campaign full-time, employer-sponsored health insurance is frequently not an option for candidates in single-income households. This means premiums are the responsibility of the candidate.

By providing non-wealthy people with the means to pay for care during their campaign, Porter hopes to lessen the gap in Washington between not only men and women, but between the haves and the have nots. Based on a wealth analysis conducted by Roll Call, Congress is comprised of around 200 millionaires out of a total of 535 total members between the House and the Senate.

Single Mom Help: How to Find the Support You Need

There is also a disproportionate number of men sitting on Capitol Hill despite a historic number of women elected in the 2018 midterm elections—75 men and 25 women in the Senate and 334 men and 101 women in the House of Representatives—which represent the most women to ever serve in both branches.

If Porter’s Help America Run Act passes through the Senate and is signed into law by the sitting president, it could tip the scales in favor of working-class representation, allowing those who represent the majority of families in the United States, those who aren’t millionaires and may not have a two-income household, to have a voice in crafting the policies that affect them. 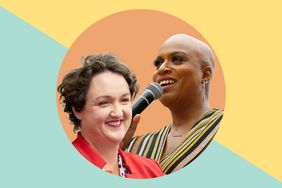 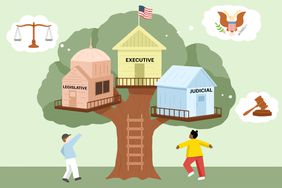