Plus, what other water safety measures you should be taking this summer to keep your children safe at the pool.

In recent years, sales of mermaid tails and fins have exploded. And marketed as fun toys (with matching bathing suits, to boot!), they seem harmless enough. Some swim facilities are even offering classes with the tails. However, not everyone is convinced these toys are as fun or safe as they sound.

Here's what you should know about the swim toy—plus, other ways to keep your children safe in the pool this season.

Child Drowning First Aid: 7 Steps That Can Save a Life

The Dangers of Mermaid Tails and Other Swim Toys

At first, it might seem hard to deny a simple request for a toy that makes a small kid feel like a mermaid. But consider a small study of 25 children ages 2 through 12 conducted by The Royal Life Saving Society of Western Australia. It found that most kids experienced a 60 to 70 percent decrease in swimming ability when using mermaid tails or fins. Younger kids had even more trouble.

Petra Vybiralova, safe kids supervisor at Johns Hopkins All Children's Hospital says her daughter Samantha used a mermaid tail and said it made her legs feel heavy, as though the product was pulling her under a bit, and she found it slippery and difficult to get up stairs. She had to go underwater to take the product off and ultimately didn't feel safe.

"Imagine trying to swim with your legs being tied together," says Julie Gilchrist, M.D., a pediatrician in Atlanta, GA, and one of the authors of the AAP's newly-updated policy statement on drowning prevention. "This allows you only to have one kind of kick, a dolphin kick—one of the most difficult and least efficient for children to do."

On top of taking away normal kicks, strokes, and balance, mermaid tails also take away a child's means of standing up in a pool, Dr. Gilchrist adds. "I find them rather frightening because they take away many of the skills you would use swimming naturally."

Dr. Gilchrist says that she personally wouldn't recommend purchasing mermaid tails for children and notes that if you do purchase one, recognize that there is extreme risk associated with the product and that you should supervise a child to the point where you could pull them out of the water if need be.

Of course, mermaid tails aren't the only swim toy to watch out for this summer. Many air-filled toys—rafts, noodles—aren't designed to keep swimmers safe, says Dr. Gilchrist. It can also be harder for children to know where to bob up for air when a pool is filled with rafts or toys, says Vybiralova.

The AAP suggests products such as life jackets and puddle jumpers approved by the U.S. Coast Guard. But again, even with these products, Dr. Gilchrist notes that someone has to be watching.

"You can't assume a weaker swimmer is fine just because of a life jacket."

Learn More About How to Prevent Child Drowning 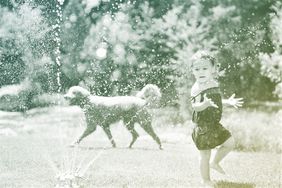 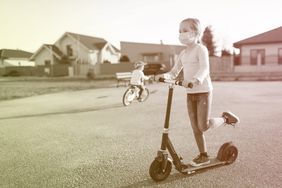