You had grand plans to be equal partners and set an impressive example for your kids. But now reality—and resentment—has set in amid a world turned upside down. Here’s how you and your spouse can begin to revamp your routine.

My husband, Thad, and I had another argument about the same topic we argue about every other day: who does what around the house. This time, the subtopic was "Putting Three Daughters to Bed," and it went something like this.

Me: Where have you been?

Him: I fell asleep reading to Drew.

Me: For an hour and a half? [During which time I shepherded our two other daughters, 7 and 14, to bed, cleaned up the kitchen from dinner, set the coffee pot up for the morning, took ground beef out of the freezer for dinner tomorrow, and folded a load of whites, which was basically a clown car of his undershirts.]

Him: Wow. I slept that long?

It's not just me. All of my married mom friends, the employed and unemployed, complain about the unequal division of household labor. But no matter how many fifty-fifty agreements we've made with our DHs, how many charts and time-management apps we've tried, we still end up doing the lioness's share.

In many families, COVID-19 has made the situation worse. Since the out break locked us down, all parents have nearly doubled the time they spend on household tasks and supervising distance learning, but mothers are still averaging 15 hours more a week than dads, according to a report in May from the Boston Consulting Group. Another study of dual-income heterosexual couples found that moms spent less time doing their job than dads—and moms who had the largest work-time reduction had kids ages 6 to 12, who needed the most help with remote school. No wonder we're complaining. And arguing. And krakening.

I'm tired of it, both the uneven division of labor and the personas I've taken on to handle it (The Nagger, The ScoreKeeper, The Passive-Aggressive-Not-Sex-Haver). Plus, I just read a Harvard study finding that 25 percent of divorced couples blamed their breakup on "disagreements about housework." I definitely don't want to go down that road. So to preserve my marriage—and my mental health—I sought advice from experts, and here's what I learned.

No matter how "feminist" we claim to be, old-fashioned, deeply rooted gender roles are alive and well in movies, on social media, and in offhanded remarks from our spouse. True, husbands today are helping out way more than Ward Cleaver did. But while 66 percent of millennial dads want to be fifty-fifty caregivers, a Boston College study found that less than 30 percent of them achieve it.

For some reason, we still have it in our head that, someday, a fairy godmother will appear, wave her Equal Opportunity Wand over our house and … Hey girl! … our husband will suddenly start doing half. Yet even an incremental change in load sharing can make it easier for you to feel better about your situation. "No marriage can be fifty-fifty all the time," says Gary Neuman, psychotherapist, rabbi, and author of Connect to Love: The Keys to Transforming Your Relationship. "You're not going to make a fifty-fifty decision over whether or not your child can have a playdate tomorrow."

It may not seem romantic, but married couples need to think of themselves as business partners, running the business of a family. Instead of anticipating that each spouse will have equal responsibility at all times, expect it to be uneven but constantly shifting. The goal should be fairness. Sometimes, for example, one of you will do more work than the other to keep things afloat. The next hour/day/week/month/year, the situation will flip. So when a friend posts about her WAH husband, who cooks dinners from scratch every other night, you might not compare this with your situation in the moment but instead look at how your household's division of labor shifts on any given week or day. Paying attention to gradual changes can not only make you less dissatisfied, but "it helps remove 'keeping score' from the equation," Neuman says.

Say what you feel out loud.

The resentment many moms feel often comes from everything just defaulting to them without a discussion. "Without either member of the couple consciously endorsing the idea that child rearing is women's work, they both behave as if this is so," says psychologist Darcy Lockman, author of All the Rage: Mothers, Fathers, and the Myth of Equal Partnership. Research from Columbia University shows that same-sex parents generally don't have as much conflict negotiating shared responsibilities. And single parents, of course, trade the conflict for the stress of doing it all. Hetero couples "need to make the unconscious conscious by talking about it," Lockman says.

That said, pronouncements like "I want you to do more" or "I want you to respect me more" are too vague. Instead, express your feelings without assigning blame: "I am feeling overwhelmed because I'm planning seven dinners a week" or "I feel stressed about always having to keep track of the kids' school forms." Then offer some solutions: "I need you to be the keeper of their medical paperwork." Being specific gives you something to discuss, says E. Michele Ramsey, associate professor of communication arts and sciences and women's studies at Penn State Berks. "You can compromise on a concrete goal."

Hold on—isn't a list of who does what basically a scorecard? And isn't keeping score bad? "Think of it more as a budget," says Jenny Anderson, who applies behavior economics to marriage squabbles in It's Not You, It's the Dishes: How to Minimize Conflict and Maximize Happiness in Your Relationship. "It's keeping track of what it takes to run your family business. Each person thinks they are doing more than the other person realizes." Just as a financial budget prevents overspending, itemizing tasks prevents over- or underparticipating.

Besides obvious tasks (think cooking and paying bills), Anderson wants you to add behind-the-scenes stuff, such as managing screen time, making the Costco list up-to-date, and researching prices of online piano teachers. Then tack on the invisible "mental load" tasks that keep the family functioning, such as remembering clothing sizes and crafting strategic emails to teachers. "You're not just business partners," Anderson explains. "You're trading partners, exchanging services, often in the form of household chores. But you first must know exactly what all those services are."

Do what you're good at.

To divvy up the list, Neuman suggests ranking tasks: One means "I like doing this," two means "I can do this but need help," and three means "I hate doing this." And if you both rate a task a three? Anderson thinks it should land on the plate of the one who does it quickest, because that preserves the finite resource you're working together to save—time. Of course, one person shouldn't be stuck with all the terrible chores.

With a plan like this, no one should feel put-upon. "Both parties have chosen what they can do best," Neuman says. If you feel that your partner doesn't end up doing a task to your standard, you can revisit the plan, let it go, or outsource. Real economics might prevent it, but paying someone to do your dirty work might be worth the trade-off in hours and arguments. Ramsey makes a solid point: "A lawn service is cheaper than a divorce."

On Sundays, set aside 30 minutes to look at what's coming up that might require an adjustment to your master list, like an appointment or a holiday (when, say, "cooking dinner" might shift from "I like to do this" to "I can do this but need help"). Set up a reminder on both of your phones to keep "remembering the weekly meeting" off either of your to-do lists. For Thad and me, this weekly powwow has been a total game changer.

Beyond the practical, the meeting should address deeper emotions that rise up during the week. "Instead of airing grievances as they enter your head," Anderson says, "discuss them when you're calm and out of the moment."

This article originally appeared in Parents magazine's November 2020 issue as "Rebalance the Load." Want more from the magazine? Sign up for a monthly print subscription here 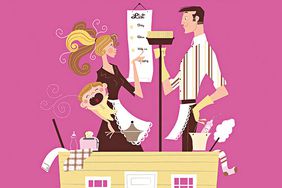 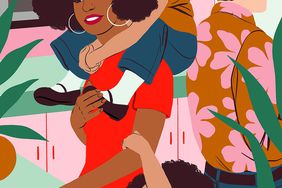 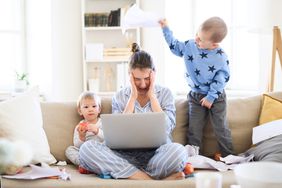 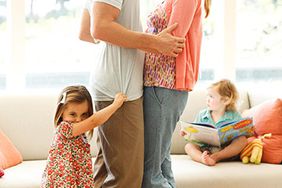 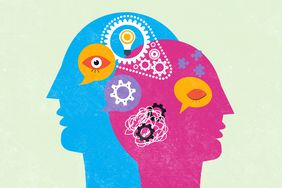 5 Ways to Help Your Partner Understand How You're Feeling 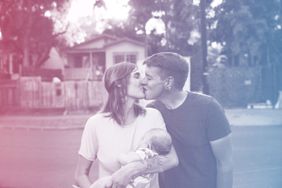