5 Ways to Help Your Partner Understand How You're Feeling

You want your significant other to understand how you’re feeling, but they seem to be allergic to your frustration. Here’s how to share emotions in a productive way.

In my years of counseling couples, I've learned that husbands really don't want to make their wives angry. That doesn't seem possible, you're probably thinking. If he's so worried about me getting angry, why won't he make it a priority to keep track of the kids' activities or talk with me about my day or check in with me first before he goes and plays basketball with his friends?

You may be familiar with this common cycle: You feel overwhelmed and get annoyed because your partner isn't giving you the support you need. You sound irritated, he thinks you're "yelling" at him, and then he either tries to get away (reads his phone, goes for a run) or defends himself ("Here we go again"). In the end, you both feel unfairly criticized and blamed.

As a therapist, I've seen that men and women often have different approaches toward emotional discussions. Women are more likely to bring up issues and believe that having a conversation will make them feel better. Men tend to be more wary. They have a gut fear of their partner getting upset and worry they'll end up being seen as "the problem."

Decades of research on straight couples shows that men are stressed by their wives' negative emotions. The same dynamic plays out in gay couples, too, when one person is more stressed by conflict than the other. Heart rates rise, adrenaline surges, and fight-or-flight mode takes over. This type of reaction was helpful long ago when men were hunters, but it's not an ideal scenario in relationships. When men react to their partner's distress as a moment of emotional survival, women end up feeling alone and unsupported. He says, "If you'd calm down, I'd talk to you," and she says, "If you'd talk to me, I would calm down." If you've experienced this disconnect, consider these strategies you can each use to change it.

How to Fight Fair as a Couple

When you want to feel heard, sharing a vulnerable emotion like sadness is much more effective than going on the attack. Johanna and Sean were typical of many couples I see in therapy. She felt she shouldered the lion's share of family responsibilities. "I need some support," she said, her eyes moist with tears. "I have a full-time job, two little kids, a dog, a house, and a difficult mother who lives ten minutes away. Why is everything always on me?" Her tone had become angry, and Sean looked tense. If he could have tuned her out by playing with his phone or watching sports, he might have. But since he was stuck in a therapist's office, he tried to cope by defending himself: "What do you mean, everything's on you? I'm working nonstop too." I tried to help Johanna express herself without complaining. As she got better at asking for support rather than voicing disappointment, Sean paid closer attention because he wasn't trying to protect himself.

Listen for emotional need, and respond.

Sean also had to work on building his own "emotional-engagement muscles." His challenge was to recognize Johanna's request for support before she got angry. Men are socialized to "fix" problems, but simply responding to Johanna's request for help was a way for Sean to fix the most important problem in front of them. I told him, "That edge in her voice is your clue that she needs you to move toward her, not away." When he reached out his hand and asked, "How can I help?" or said, "Sorry things are so tough," he was amazed at what a powerful effect it had and how it stopped their usual cycle.

Make room for each other’s needs.

Sometimes when we need help, we can get tunnel vision and momentarily forget our partner's perspective. If your husband has been at work all day and tries to relax when he gets home, he's not your worst enemy. He's a tired guy who's trying to fit in a bit of self-care. But if you're feeling stretched to your limit, it's easy to jump to the conclusion that he's selfish or clueless, rather than see that he's struggling too. Instead, try to think about what changes you could make in your busy lives so that both of you can get more of your needs met.

Keep tweaking the division of labor.

"Who does what" is one of the most persistent sources of conflict among couples with young kids. Partners who feel their split is fair have higher levels of trust and warmth, and mothers of little ones often feel most angry when they believe the family burdens aren't shared equally. One of my patients, Amy, blurted a familiar complaint to her husband, Jeff: "Why can't you see what needs to be done and just do it? You feel like it's enough to ask me to give you a task. Sometimes I feel like you are another kid!" That stung Jeff. As we talked about it, Amy admitted that she didn't actually think he was a shirker, and realized it wasn't helpful to call him a child. I suggested that the more helpful approach was to build on each of their strengths. We agreed that Amy's role of family organizational expert was a job, and that if she happened to be better at it, then Jeff should pick up some other time-consuming family tasks. When he said he'd take over all the bill paying and cook on the weekends, they ended up feeling better.

Remember that you’re a team.

Even when you can't meet each other's needs or aren't communicating well, your partner is still your friend. It's natural to get frustrated when he's misreading your signals, but you both need to step up and engage. You both need to express feelings without blowing up or shutting down. That effort will be much more successful if you keep in mind that deep down, both of you have good intentions.

Daphne de Marneffe, Ph.D., is a psychologist and the author of Maternal Desire and The Rough Patch: Marriage and the Art of Living Together. Visit her at daphnedemarneffe.com. 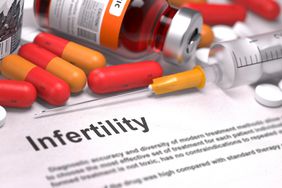 Coping with the Stress of Infertility 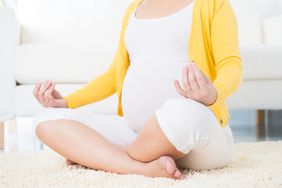