A controversial new "twibling" trend helps parents save money on surrogacy, as science paves the way for double surrogacies over riskier (and costlier) multiple pregnancies.

After Wendy Weilbacher lost a pregnancy during the third trimester, she and husband Kenneth Nagle took a three-week road trip from their home in the Seattle area to find the woman who would carry their future child. They ended up in Boise, Idaho, the so-called "Surrogacy Capitol of America," where one in 15 babies born at the city's largest hospital, St. Luke's, are delivered by surrogates.

But instead of one surrogate, the couple found two women who are now, separately, carrying two transplanted embryos for the couple, using Weilbacher's egg and Nagle's sperm. The babies are due about five weeks apart, the first in late May the second in early July.

These simultaneous journeys—as those in the surrogacy world call the surrogacy process—have earned the nickname "Twiblings." And, the trend is catching on—as much for medical reasons as financial.

In 2012, with a medical history that would make it difficult for the couple to conceive naturally, including a blood clotting disorder and Polycystic Ovarian Syndrome, Weilbacher and Nagle began exploring IVF.

Now both 41, the couple hadn't heard of twiblings when they lost their daughter in utero in October 2018 at 29 weeks and their fertility doctor suggested surrogacy. The couple wanted two children, but they did not want multiples; they knew about and feared the risks of multiple embryo transfers. According to the March of Dimes, nearly 62% of twins born in the United States are premature as compared to 8.5% of singleton births—and preterm birth is the leading cause of death and disability among infants.

While multiple embryo transfers had been used, historically, in surrogacy—as a way to increase the chance that at least one would take—a lot has changed in the past decade. Fertility doctors have begun moving away from double embryo transfers because of the risks both to the fetuses as well as the mother or surrogate—risks that include gestational diabetes, high blood pressure, and postpartum hemorrhage.

Leading this change is, in part, genetic testing that has made it possible to predict which embryos will be viable. The result is increased success rates for single embryo transfers—from about 40% to 80%, says Karen Schafer, CEO of United Surrogacy in Boise. All these factors have led the American Society for Reproductive Medicine (ASRM) to change its guidelines to recommend one embryo transfer at a time.

In addition to the decreased medical risks, twiblings were the right financial decision for Weilbacher and Nagle with respect to their careers and lifestyle.

"It's a lot easier for me to want to be home and get through those little baby mushy years if they're really close in age," says Wilbacher. "If I did them the standard two years apart, then I'm going to be out of work for about four years before I could really get back into the industry. That was a very big financial thing for me in making this decision." Weilbacher is a fourth-generation realtor.

"If I did them the standard two years apart, then I'm going to be out of work for about four years... That was a very big financial thing for me in making this decision."

While a twibling journey means paying for two surrogates and the associated costs—such as legal fees, clinic fees and agency fees—all at the same time, it doesn't necessarily mean more out-of-pocket costs for Intended Parents (IPs), like Weilbacher and Nagle. In fact, because there are so many financial unknowns and additional costs that can crop up with multiples, having twiblings can, in the long run, save IPs not only thousands of dollars compared to singletons born a few years apart—but possibly hundreds of thousands over multiples.

In a study published in the American Journal of Obstetrics & Gynecology, lead researcher Dongmu Zhang writes that "for singleton pregnancy, maternal expenses accounted for about 60% of overall cost, whereas for twins or higher-order multiple births, expenses for infant care accounted for about 70% and 85% of total expenses, respectively." The researchers found that average cost for singleton delivery was $21,000—where as for twins and triplets, it was $105,000 and over $400,000, respectively.

"That's what we try to educate the parents the most on," says Schafer. "It's not so much what the cost will be but how much is unseen; how much we don't know." Schafer says she tells parents who want more than one child that twiblings "take a lot of that what-if scenario off your shoulders of what the cost could climb to if things go wrong."

In fact, to encourage single embryo transfers, Schafer says IPs will often find discounts offered by clinics and lawyers. Schafer's agency offers a 30% discount for parents who opt for twiblings. She tells clients who remain focused on multiples to "allocate about $50,000 for the just-in-case bucket. That's what I call it."

There are at least five major "what-ifs" that can send the cost of multiples skyrocketing over the twiblings price tag.

Most surrogates will charge an additional $5- to $10-thousand for each multiple on top of their base compensation, which runs from $25- to $50-thousand, depending on geography and experience. (It's typical for first-time surrogates to receive less). This is in part because surrogates are heeding the recommendations of the ASRM for single embryo transfers over multiples, Schafer says fees for multiples are fast drifting closer to the $10K mark nationally.

Women carrying multiples are twice as likely as singleton carriers to end up on bedrest, says Schafer. An IP needs to compensate their surrogate for their time in bed—for lost wages, childcare and housekeeping, at a minimum. "Everything that [the surrogate] normally does in her life that she can't do because she's on bedrest," explains Schafer.

About one in 15 newborns end up in the NICU. The statistic jumps to three in five when it comes to twins who are born prematurely. According to the AMA Journal of Ethics, "Daily NICU costs exceed $3,500 per infant, and it is not unusual for costs to top $1 million for a prolonged stay." Those who live outside the United States will almost certainly need to pay NICU fees out of pocket. But, often it's an expense that US-based IPs also have to foot, especially if they live in a different state than their surrogate.

"It's not uncommon to see insurance companies and hospitals that don't want to play nice with each other," says Schafer, leaving parents with multiples paying hundreds of thousands of dollars in NICU hospital costs.

While their newborns are in the NICU, new parents will need to relocate to the city in which the surrogate gave birth and, likely, put in for unpaid time off. Therefore, Schafer tells IPs who are focused on having multiples that they should allocate for the cost of relocation, too.

"That can really add up," Schafer says, "Paying for hotels or Airbnbs, you need a car and [possibly] for weeks on end."

According to the Institute of Medicine, premature birth costs in the United States account for more than $26.2 billion each year. NICU costs for multiples are only the beginning of what can be a lifetime of expenses: Premature births can lead to costly, long-term health problems, including cerebral palsy, intellectual disabilities, chronic lung disease, blindness and hearing loss.

Of course, in addition to all those financial "what-ifs," for Weilbacher and Nagle there was also an emotional price tag.

"We were motivated to pay for two at the same time in case one miscarried," Weilbacher explains. "We knew, statistically, the other baby would still make it. We could not go through the emotional heartache of losing another child if we didn't have one pregnancy to look forward to."

Twiblings may be an unusual choice, but for Weilbacher, Nagle, and so many others, it's the best choice for their family—emotionally and financially. 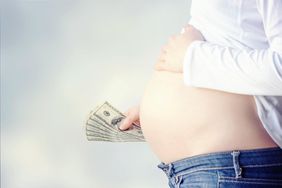 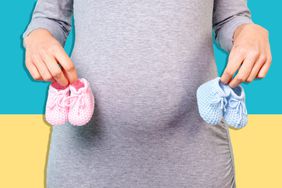 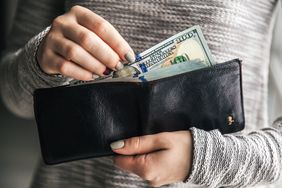