Kumiko Love was in over her head with debt related to student loans, credit card spending, a divorce, and a medical accident when she got pregnant with her son. She decided to make her finances a priority and now helps others do the same.

Kumiko Love, founder of The Budget Mom, has found a level of happiness she didn't know existed a decade ago. Back in 2011, she was far from being a financial guru. Having recently graduated from college, she was already deep in debt from student loans—then she was involved in a hit-and-run motorcycle accident. Despite major bumps and bruises (and a shattered wrist and bruised pelvic bone), she showed up for the first day of her new job three days later. "I didn't have medical insurance, and I knew the bill was going to be very high," she says.

Despite earning a degree in finance and working in the field, Love admits that she'd never followed a personal budget. As bills mounted and tensions grew, this became problematic, especially as she was greeted with a new component: Pregnancy. She filed a hardship letter with the hospital, which explained her concern for her ability to make the necessary payments. She was able to receive assistance with 85 to 90 percent of her medical debt. When her son was born in August 2012, she knew it was time to saddle up and make a real plan.

"Seeing my child for the first time, it did something to me," she says. "For the first time in my life, I felt true responsibility and it was no longer a matter of wanting to figure out my finances—I needed to. If I wanted to provide the life I wanted for my child, I would have to do the work and get my money under control."

But as she got her finances under control, new challenges emerged. In 2015 when her son was around 3 years old, Love got divorced—and felt immense guilt following the split. She worried her son's life was ruined. "I was so worried about my son and this huge traumatic event for him," she says. "All I wanted was him to be happy. It led to all of this spending because I was trying to overcompensate."

After charging about $20,000 on credit cards, moving into her own apartment, and furnishing it, Love had an ah-ha moment. The more quality time she spent with her son, the more she realized that his happiness wasn't born out of things she gave him, but rather the memories they made.

"I started noticing his laughter changed, his personality changed," she says. "All of a sudden he was talking to me about his feelings and what he was feeling, rather than me fighting it out of him to get him to open up to me. I focused more on the things that didn't cost anything, but were way more important than anything I could ever buy him."

Love's mindset shifted, and with that pivot came an intense focus on budgeting. She stopped thinking about the methods that weren't working for her, and decided to stick with the paycheck method to get her finances in order.

"It's comprised of three different methods kind of meshed into one," she explains. "It's the calendar method, the paycheck method, and the cash envelope system." You can read more about these three methods on her website.

Once Love got serious about using the paycheck method, she paid off $77,281 in just eight months. The cherry on top: She was officially debt-free in January 2019 and found her calling—helping others do the same.

She initially started The Budget Mom to share her journey—not realizing that it could become a business. But there was a demand for what she was doing, and she gained almost 40,000 followers on social media seemingly overnight. "I was making quadruple at The Budget Mom that I was at my day job," she says. In February 2019 she decided to leave her day job to work on The Budget Mom full time.

Want to conquer your finances? Here, Love offers three tips that helped her tighten her purse strings and gain control over her life:

Just like you have a unique fingerprint, your financial strategy is extremely personal. Tips and strategies, from sources including The Budget Mom, can help to lay the foundation. However, Love says that it's really important to make your strategy true to who you are. "Creating a budget is literally one of the most personal things you will ever create for yourself," she says. "No one else in the world has the life that you do. Which makes your budget one of a kind [and] means that the way you manage and handle that budget is one of a kind."

How to Stick to a Budget

You need to feel confident in the decisions you're making when it comes to money. Love says that regardless of what you're reading or what people are telling you, you will never truly feel like you've had success with budgeting unless you feel sure of your strategy.

Your finances won't get in order overnight. Take the time to save up for things that you want, and put thought into what those might be and why. "For my son, I want him to understand the true value of things," she says. "I want him to be a patient spender and not just buy because he wants it. You save up for the things that are important to you but you don't just go out and buy it with money you don't have." 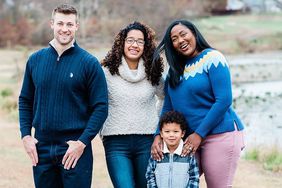 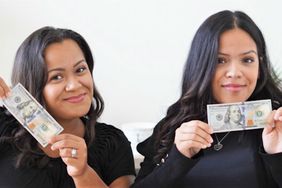 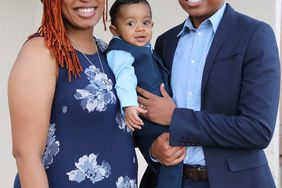 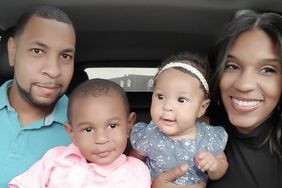 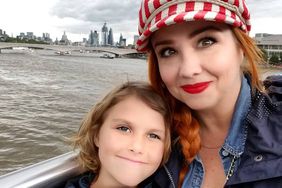 Single Mom and Her 11-Year-Old Son Are Traveling the World on a Budget, Here's How They Do It