Mom and business owner Whitney Bonds loves the flexibility that working from home has created for her family. She shares tips for other moms to get debt-free and create an income from your living room.

Whitney Bonds started her blog, Tried and True Mom Jobs, with $84 and a mega-dose of grit, determination, and resourcefulness. In 2018, Bonds's website made just more than $5K in income. Eighteen months later, this grew to a six-figure income.

Bonds first became inspired to create the site after confronting with the lack of digital platforms that offered direction for stay-at-home moms to earn a strong income. She decided to create the thing she had been searching for. With the support of her husband, Bonds built the website while working a full-time job. From early mornings to lunch-break moments to evenings after she put her older son to bed, Bonds slowly built Tried and True Mom Jobs.

At the time, Bonds worked as a marketing manager for a manufacturing company. While she enjoyed her corporate career, with the imminent birth of her second child, Bonds felt swelling pressure from juggling the job and being a mom to her growing family. "I was happy because my son was in the care of my aunt, and I was still able to live my dream of being in the corporate life. It was a nice balance when I just had my son. But it really all changed when I had my daughter because it just became a little bit too much. And that's also when I realized I was really missing out on so much of my son's life," she explains.

After the birth of her daughter in early 2019, Bonds took an extended maternity leave, which provided the time to work furiously on her website. This included interviewing moms who successfully created an income from home. Ultimately, Bonds never returned to her corporate job. "It just skyrocketed. I was able to turn it into a six-figure business in just eight months," says Bonds. "It almost quadrupled how much I was making at my corporate job. I really did very well in a short amount of time."

Bonds never intended to be an entrepreneur or working from home. "I really never imagined being a stay-at-home mom, but when I had my kids, it really just changed everything," she recalls. "I'm so grateful for them. I dedicate so much of my success to that. My kids are my why, and they're the reason I've been able to do what I do now. And I could never have imagined doing this without them."

Now, successfully maintaining a six-figure business from home, Bonds credits much of her success to making sound financial decisions and getting creative with her time and resources. Here's how she did it—and how you can, too.

Find the Help You Need

Within the first six months of launching the site, Bonds earned $5K through ads and affiliate marketing; she realized she needed to make more money to subsidize the income she lost from leaving her job. Bonds decided to reach out for some help. Even with a background in marketing, she didn't have a firm understanding of SEO strategies, which would help to drive traffic to the blog (and help her monetize it). She needed to learn it quickly.

Bonds paid $75 for a coaching call with an SEO expert she came across in a Facebook group. "It was only two hours, but in that two hours, I just soaked up all her knowledge on SEO and how you're able to write your articles in a way that will rank on Google," she says. "I attribute most of my success to that coaching call."

I'm a Mom and a Wealth Attorney: These Are the Money Issues I Really Worry About

When Bonds met her husband, he was debt-free. This motivated Bonds to pay off her student and car loans as much as possible before getting married. After they tied the knot, the couple worked toward becoming debt-free by chipping away at any new or remaining debt.

Shortly before the birth of their second child in 2019, Bonds and her husband successfully paid off all their debt with the exception of their mortgage, giving her family a new sense of freedom. "Because I know now that I don't owe anyone, I'm free to do whatever I want with my money. We can do so many more things now that we are debt-free," says Bonds.

Bonds believes budgeting was key to getting out of debt. One of the first places she encourages families to review their budget is in groceries. She used to be prone to spending mindlessly at the grocery store, which dwindled her monthly earnings. "I know that for me and my family, we were spending over a thousand dollars per month [on groceries] with our kids—we really didn't need to do that much," Bonds explains. "I've narrowed down our grocery budget significantly by just doing things like shopping our pantry first and cooking dinner with what we already have, and then looking for sales."

"I think one of the greatest successes of the website is letting moms know what their options are," says Bonds. She believes a big misconception among moms is that it's difficult to straddle being a mom and working from home.

To debunk this myth, Bonds' website showcases more than 25 different ways for moms to make money, including virtual bookkeeping, teaching English, transcribing, and proofreading different types of materials—all achievable to do from home. Success stories accompany all of the different outlets that moms might consider. Take, for example, a mom of nine who homeschools her kiddos and earns $2K monthly as a virtual bookkeeper. "If she can do that, I just think that anyone can. It's all about creating a schedule," says Bonds. 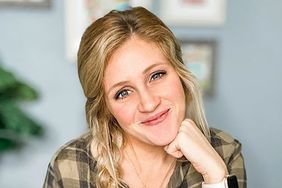 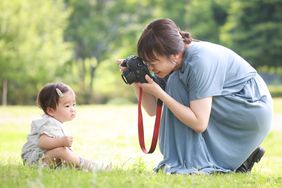 15 Perfect Side Hustles for Caregivers 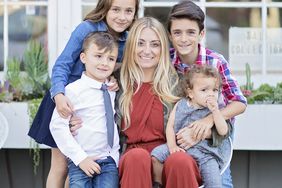 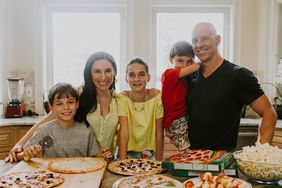