Suneera Madhani, a mom of two, founded Fattmerchant—aka the "Netflix of credit card processing." Here's her advice for parents aiming to find success in their own businesses.

When Suneera Madhani was growing up, her father, an entrepreneur, taught her what it means to be financially savvy. She and her brother worked in their family's ventures and gained a grasp of what running a business entailed. "I grew up around understanding the importance of cash flow and understood how, if we manage money, that can be life-changing," says Madhani. "That really inspired my journey in entrepreneurship."

She earned a degree in finance and worked in the credit card processing industry for four years, focusing on merchant services. "I had zero desire to go build a company on my own," recalls Madhani. "I just wanted to go solve a problem in my market." The problem: a lack of transparency in the complicated process.

It was 2014 and Madhani was 26 years old. "I had no money in my bank account and a big vision," she says. But, inspired by her family's entrepreneurial efforts, she took a leap. She moved into her parents' house for six months, raised funds from family and friends, and took home more than $200,000 from various business plan competitions. Then, alongside her brother, Madhani launched Fattmerchant, a merchant service provider that prioritizes customer service and transparent credit card processing.

"We had some really cool technology to help small to medium-size businesses grow and what took place was rapid growth," says Madhani. The business was quickly coined "the Netflix of credit card processing."

It was fueled, in part, to a 2014 feature in Fast Company, in which Madhani was described as a "woman trying to change the credit card industry." That inspired the business owners to go further. "What it told us is that we had something really scalable. And so that is when we decided to go out and go get venture capital," says Madhani.

The sibling team also realized they were providing businesses with a tool to manage their finances. "Payments are the heart of a business," says Madhani. "If you don't have revenue, and if you don't understand your revenue, you can't do anything with it."

But the road wasn't simple. Things took a turn when Madhani gave birth to a daughter named Mila in 2016. "I always thought, 'I'm going to be able to do everything; this is going to be a breeze. I'm so organized, and I will have a perfect grip on motherhood and startup life,'" says Madhani. "And I crashed and burned so quickly. Working mom life was definitely very difficult."

The new mom felt no one around her was sharing empowering information. "I really fundamentally believe that we, as women, can do it all, and we don't just have to choose being a mom or being a working professional," says Madhani. So, she began sharing more about her life—which soon included another baby girl, Aana—on social media.

Now, the entrepreneur is dedicated to helping other moms successfully juggle parenthood and their businesses. Here, Madhani's best tips for adding more balance to your life while hitting your financial goals.

Upon welcoming her daughters, Madhani found herself battling a common conundrum: "I want to build the company, but not at the expense of not being there for my children," she says. "What is the point of me building something so incredible if I'm going to miss their entire childhood?"

That's when she came up with her "three bucket principle." "As a working parent, you have to be able to say no to everything else that isn't your buckets, and only you determine what your buckets are," explains Madhani. Her buckets include Fattmerchant, family and friends, and social impact.

"There are some days that I'm going to be 100 percent in bossy mode and not a 100 percent in mom mode, but I have to be OK with one bucket being full and one not," she says. "But by the end of the week, I have to make sure that all my buckets are balanced."

In order to do that, Madhani suggests creating rules. For her, that means not traveling for more than two nights a week. "Once you respect the boundaries yourself, then others also respect the boundaries," she says, advising that you always remind yourself of the buckets you committed to filling.

Consider Doing a 'Sunday Zoom Out'

Madhani finds that organization, journaling, and planning help her stay on track with her three buckets. A related ritual is something she calls Sunday Zoom Out. "Every Sunday, I sit down and I look at my week in advance," says Madhani. "I look at my calendar for the week, and [all my plans] go on my calendar."

Then, she analyzes if she sees an overabundance of commitments that fall in one bucket. "If I see too much on one zone, not in the other, I adjust to make sure that everything fits," says Madhani.

The mom of two says the process also serves as an opportunity to take a time out and pause. "I can pack my days from 6 a.m. to 10 p.m. if I wanted to, but that's not realistic," she notes. "I can't go hard all the time."

When Madhani was raising venture capital, she was also expecting her daughter Mila. "I started getting questions around my post-baby plan," recalls the entrepreneur. "I was a little taken aback, because it's not like you're asking the male counterpart what their family life is at home." She decided to address the elephant in the room and add a slide into a presentation that said, "I'm pregnant, and I'm not going anywhere."

She encourages other women to similarly own their truth, especially if it is playing into any second-guessing or self-doubt, as she says it will boost your confidence.

This is a rule of thumb Madhani and her husband follow, thanks to its efficiency. "My husband is also an entrepreneur," says Madhani. "We sit down and we do our finances monthly. We invest together."

Ultimately, whether you're striving to succeed in business or at home, it's about setting a good plan, sticking to the plan, and having a goal in mind. "Hold yourself accountable to achieve it," advises Madhani. For her, that means sitting down monthly with her husband to do a progress report to ensure that they're on track.

While Madhani advocates saving, she advises that parents invest in themselves and the things that are important to them and bring them joy. "At the end of the day, you can have the biggest bank account, and you can die tomorrow, not having been able to live the life that you want," she says. "It's really about the life that we're living today and being able to travel and to make great memories and to have fun." And bringing that perspective to goal planning, as a parent and an entrepreneur, can set the stage for fulfillment across the board. 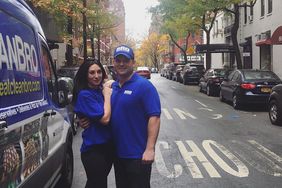 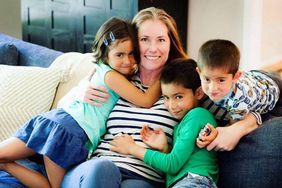 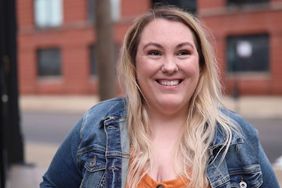 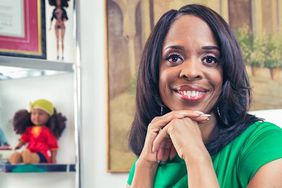