Money for the Mamas founder Kari Lorz is dedicated to securing the future of her 5-year-old daughter who has cerebral palsy. The dedicated mom shares her journey and best money tips for fellow parents of kids with special needs.

Growing up in a small town in the Pacific Northwest, Kari Lorz didn't talk much about money with her family. But as she got older, she noticed many people had negative emotions, such as shame, attached to finances. She opted for a neutral approach. "The older I got, the more I thought, 'Money is a tool and not necessarily something good or bad,'" she says.

This didn't stop her from thinking about saving. Lorz started listening to financial podcasts on her hour-long commute to her grocery store job. And later, she and her husband learned about the FIRE movement (Financial Independence, Retire Early), a program that encourages devotees to save up to 70 percent of their income in order to retire well before the age of 65.

In November 2015, Lorz gave birth to her daughter Lilia and the couple's financial focus would completely shift. Although she and her husband had prepared financially for the birth by selling a condo and saving a good portion of that money to pay for an extended maternity leave, Lilia's timing was unexpected. "It was a little bit of a surprise because I wasn't supposed to be a mom for another 10 weeks," recalls Lorz. "My daughter just decided one day that she was ready to come out."

Lilia spent 64 days in the neonatal intensive care unit (NICU). "I was there eight to 10 hours a day, just sitting in a chair, holding her, doing some skin-to-skin contact," says Lorz.

When the Portland, Oregon-based couple finally brought their baby home, she was 3 months old, and Lorz and her husband noticed she wasn't "moving around as much as she should be." They soon learned via MRI that that their daughter suffers from periventricular leukomalacia (PVL), a softening of white brain tissue near the ventricles. "They couldn't really tell me why it happened or when it had happened," says Lorz. "For Lilia, it was directly in the area of the brain that's responsible for movement."

Though she wanted to know exactly how to fix this and have a game plan in place, doctors encouraged the parents to just wait and see. "We really had to slow down and just observe and love her as much as we could and engage her," remembers Lorz.

When Lilia was around 3 or 4, doctors diagnosed her with cerebral palsy. "It presented itself as a developmental delay with her physical mobility," says Lorz. "My daughter can't walk. She has a very hard time rolling over. She doesn't crawl. She can sit unassisted for a little bit, but she always ends up tipping over." But Lilia is full of personality. "Lilia is smart. She is funny. She is so loving and cognitively, she is 100 percent there," adds Lorz. "It's just her body won't let her do everything that she wants to do, which is very frustrating for her."

4 Life Lessons From Parents of Kids With Special Needs

The couple realized early on the cost of raising Lilia was going to be much more than they had anticipated. "You're talking about spending two hours with a [physical] therapist and there goes $450," says Lorz. "Some of that's being billed to insurance, but at the time it was like, 'Whoa, you know, that's a lot of money.'"

Lorz and her husband decided to meet with a financial planner for kids with special needs when Lilia was 2. Informed that the total cost to care for Lilia over the course of her lifetime would be $2.8 million, the couple felt overwhelmed. They quickly worked to set up a special needs trust for their daughter and started a whole term life insurance policy to help leave money behind for her.

Although Lorz and her husband's dreams of following the FIRE movement are on hold, they're focused on doing what is best for their daughter. Lorz stopped working in 2019 to become a full-time stay-at-home mom, and soon, she was blogging about her experience. She's now running a successful site called Money for the Mamas, which is dedicated to helping moms learn more about money, be more comfortable with finances, and better manage their assets.

One of the most important financial steps for parents of children with special needs is to start a plan early by talking to experts and setting up appropriate accounts. "Start setting up accounts where money can grow with compound interest," says Lorz.

She recommends setting up an ABLE account, specifically for children and adults who have special needs. "It's similar to a college 529 plan, but you can use the money for things in addition to education—anything that improves their quality of life," says Lorz.

The account also offers a gifting page where friends and loved ones can find out what a child wants for their birthday or holidays and enables monetary gifts. "It's the best gift you can give a parent because our number one concern is who will take care of my child after I'm gone? Will they have enough money?" says Lorz.

A sinking fund is money saved up for an expense you will have that's typically not part of your regular monthly spending like new tires, holiday gifts, vet bills, or in Lorz' case, unexpected expenses for Lilia. "Her prescriptions, her new shoes, any co-pays all come out of the money that we have already set aside and put into her special account," explains Lorz.

The way it works: "We have one main checking account where all the money flows in and then right after payday, most of that money gets dispersed into sub accounts—sinking funds that let us pay for everything," says Lorz. "[If] the washing machine breaks, we have $400 in our home repair fund to buy a new washer. [It's about] planning ahead for the unexpected."

Find a Side Hustle That Works for You

Although it took her a while to find what she enjoyed the most, Lorz says a side hustle can make all the difference in your livelihood.

"Starting a side hustle as a blogger and content creator was a great option for me, because you can build that base to have it grow passively," she says. "So I can spend my time taking Lilia to her therapies or spending time with her at home while I'm still slowly but surely making money."

Whether in regard to a side hustle or savings, it pays off to keep at it. "Everything starts out slow, but you have to be persistent," says Lorz. "You have to be consistent and you have to have faith that things will turn around, and you'll start to see the rewards for all your hard work that you put in."

Do Your Best to Be Present

Hustling is inevitable when you're a parent, but Lorz says one of the best things a parent can do is put down the to-do list and enjoy their child whenever they can.

"They're not going to remember the toys that they got on their birthday, but they're going to remember the time that you sat down and you played trucks with them, and they beat you in the race," she says. "It's the small moments that kids learn to appreciate. And when they think of their mother or their father, it's those things, those minuscule moments that you didn't plan that mean the most. Take those moments as they come, stop trying so hard to be a good parent, and just let it happen." 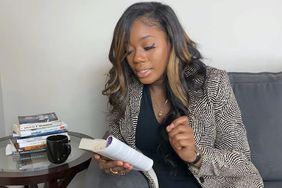