Single Mom and Her 11-Year-Old Son Are Traveling the World on a Budget, Here's How They Do It

Single mom Crissy Whalin never intended to travel the world with her son Zephyr, but with little savings, they headed off on a budget-focused adventure. She shares how other families can too.

Five years ago, Crissy Whalin, 40, would never have thought she'd one day travel the world with her 11-year-old son on an extremely tight budget. At the time, she was a single mom living in a rented two-bedroom apartment in Los Angeles working as a radio talk show host. Though she says she was making good money, she was constantly stressed about her bills and what kind of life she could give her son. But when there was a restructuring at her company, she knew that it was time for a change. After 20 years in the radio industry, she was ready to try something new. She had always wanted to travel but wasn't sure if she could afford to leave her full-time job. Now she wondered if it was finally the right time to consider life on the road.

When she was offered the opportunity to help produce a film festival that would give her a lump sum of money to get started, she decided it was a sign. "That is literally the universe telling me that this dream is what I should be doing as opposed to trying to find another full-time job and worrying about all these things," she says. Her son, Zephyr, had no hesitations in joining his mom on this journey, even though it meant he would be leaving the comforts of his home, his school, and friends.

How to Strategize for Budget Travel

Whalin worked on setting a budget for their travels. She had two steady side-hustle jobs that earned her close to $26,000 a year, and she received $1,500 in child support a month to help pay for Zephyr's homeschooling and other related costs (he has teachers and courses available online and Whalin acts as his guide through the curriculum). She also planned to occasionally pick up other consulting jobs along the way.

Whalin knew she would need to purchase health and travel insurance, and set aside a budget for flights or train rides they take, lodging plus food, and any experiences. She set expectations to only spend $50 to $85 a night on lodging, which was less than she paid for rent in LA.

She also avoided additional travel fees by only traveling with two carry-on bags full of summer and winter clothes—one for her and one for Zephyr—and a backpack for other personal belongings. She moved the rest of her belongings into her sister's garage.

4 Lessons Learned Along the Way

Eighteen months into their adventure, Whalin has learned quite a few lessons and has become very strategic about the way she plans.

She spends hours researching where and when to travel to places, using websites like Skyscanner to figure out the best prices and where might make sense to go in the offseason. She plans out calendars two months in advance and is constantly working through Excel spreadsheets and jotting notes on pads of paper. She utilizes Hotels.com and gets a free night every tenth stay, although she is not one to rely on hotel or credit card points. "I have two credit cards with small limits for emergencies only," she says.

2. If Your Lodging Has a Kitchen, Use It

Whalin also suggests looking for ways to save money where you can. "If that means you're renting an Airbnb, buy groceries and give yourself an allowance of what you can spend in a day, then prioritize saving things." Though sometimes Whalin will splurge for a dining experience (Zephyr is a major foodie), they usually shop in local grocery stores.

3. Map Out Your Travel

In terms of how they decide where to go, Whalin "learned it makes sense to tackle areas in large chunks if we can." So if they are in Europe they'll often make their way to various countries versus flying between multiple continents. They've also been able to travel to places that fit in conjunction with what Zephyr is learning in school. For instance, they visited the southern United States when he learned about the Civil War.

When we spoke to Whalin, she and Zephyr were in Lima, Peru, on an extended stay because they both wanted to see Machu Picchu, which is very expensive. Staying for a while in countries where the dollar goes further has allowed them to save up for the trip. And sticking around can have added travel benefits: It allows them to really immerse themselves with the locals.

"I love coffee and treat myself once a week," says Whalin. "Sometimes we will meet really amazing locals in the coffee shops who will teach Zephyr their language or invite us for a meal."

But traveling isn't always glamorous. There are times that they have to pass on the very popular, yet expensive tourist attractions or navigate unexpected costs like visas or required shots. She's learned along the way that flexibility is key and with budget travel "the devil is truly in the details" to not waste money with hidden charges like baggage fees. If she were to do it all over again, she says she would definitely have started with more of a cushion of savings, but that wasn't her experience. Whalin and Zephyr are aiming to travel the world for two or two-and-a-half years before choosing where to settle down.

"It's given me so much more perspective and I've met so many new people," she says. "It's just really interesting to be out in the world and experience countries you only learn about from the media." 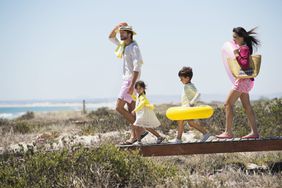 How to Save for Vacation as a Parent 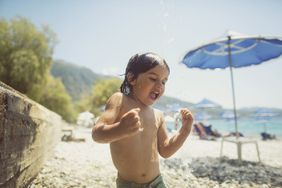 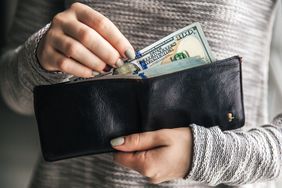 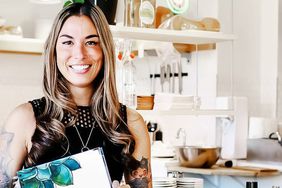