The cost of raising a child in this country spiked dramatically between 2014 and 2019. Here are the states where you'll spend the most to be a parent—and those that remain somewhat more affordable.

From daycare to food, clothing, and health insurance, the cost of raising a child has always been daunting. But in recent years, the price tag has become downright shock-inducing.

A new LendingTree study found that the average annual cost to raise a child nationwide spiked a staggering 25.6 percent between 2014 to 2019—from $16,040 annually to $20,152. What's more, that price tag merely accounts for essential costs: housing, food, daycare, apparel, transportation, and health insurance. In other words, it doesn't include such things as extracurricular activities, sports (and the required equipment), birthday parties, or family vacations.

"A 25 percent increase is a big jump, and factoring an extra 25 percent into your expenses is going to cause issues with anybody's budget," LendingTree's chief credit analyst Matt Schulz tells Parents.

The driving force behind the steep spike in child-rearing costs in this country can be traced to two expenses in particular: daycare and food, says Schulz. And these are two areas many families afford to cut back on.

Child Care Costs Are Why I'm Not Having More Kids

"Daycare costs are so important and significant," says Schulz. "All parents probably know someone who has weighed the cost of going back into the workforce versus paying for daycare in order to figure out if it's worth their time. And anytime that daycare number gets bigger like this, it becomes it harder to convince people to return to the workforce."

It's also important to note that the LendingTree study is based on the idea that the child is being raised by a married, double-income couple. It doesn't take into consideration how these increased costs might impact a single-income household, many of whom do not have the luxury of choosing between returning to the workforce or remaining a stay-at-home parent.

"A spike in daycare costs shrinks the financial margin for error for single parents even further. It's already microscopic in a lot of cases, but this just makes it even harder," continues Schulz. "There are so many headwinds facing single-parent households, the last thing they need is a jump in the cost of daycare."

As for food, the dramatic cost increases there have to do with inflation, supply chain issues, and more, explains Schulz. But remember: The most recent LendingTree data was gathered in 2019, before the worst economic impacts of the pandemic were being felt, which does not bode well in general for the amount families are spending just to cover essentials these days.

"The pandemic has thrown a giant wrench into every aspect of life, and food costs are no exception," continues Schulz. "And like daycare, food is another one of those costs that hit families very hard, because you can't do without it."

Budgets are all about priorities, adds Schulz, and when costs increase in one area, typically you can reprioritize household spending elsewhere, reducing what you pay for other things to accommodate those price hikes. But both food and daycare are typically top priorities for families that don't include a lot of wiggle room to scale back on spending.

"There comes a point when there is no place to slash anymore and nothing to unprioritize. And it makes it really, really hard on the average consumer," says Schulz. "If food is going up, you might say 'I need a side hustle or second job.' But when daycare goes up, too, then you don't have the luxury of getting that side hustle. So many families are caught between a rock and a hard place."

The 10 most expensive states

It's also noteworthy that while the District of Columbia currently has the highest annual cost of raising a child, the report also found that over the course of 18 years, raising just one child in Hawaii may cost $281,597 in total—making it the most expensive over a lifetime, according to LendingTree's projections.

Of the 10 states with the lowest annual costs to raise a child, seven are in the South, including the three least expensive states—Mississippi, Alabama, and Kentucky. Low daycare costs help make raising children more affordable in these states.

And while Mississippi comes in at least expensive annually, it is Michigan that proves to be the cheapest over the course of 18 years. LendingTree found parents there will spend a total of about $157,919 on essentials, while for Mississippi the lifetime estimate projection is $169,848.

Short of moving to one of these less expensive locations, you can expect more cost increases in your future—according to Schulz, who says trends show prices continuing to spike.

"I think we would expect further increases, especially when you consider that this information is from 2019, which is practically a different world compared to where we are now," says Schulz. 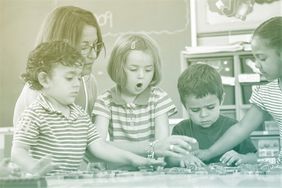 The Most—and Least—Affordable States for Child Care in 2020 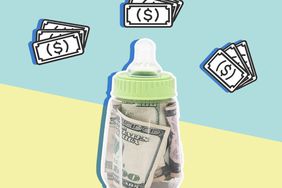