Prepare your children for the future by teaching them these four finance basics.

Money literally isn't what it used to be.

When my 4-year-old son and I walked by the ice cream shop recently, I gently broke the news that I wasn't carrying my wallet and couldn't buy him his usual treat. But instead of dissolving into weepy disappointment, he offered a solution: "Go to the ATM and get some dollars!"

In an age of debit cards, online bill paying, and direct deposit, young children have less of an understanding of money and its value than kids of previous generations did. That's especially troubling in the current economic climate, which has underscored the importance of financial responsibility. "You can begin to teach kids about money in their preschool years," says Julie Moghal, PhD, director of psychology and social services at CHOC Children's Hospital of Orange County, California. "Just remember to keep your lessons simple." Start by addressing some of the zany misconceptions children have, and you'll be well on your way to raising a money-savvy kid.

Kids think: Money is only for buying stuff.

Most kids have seen their parents make thousands of transactions at stores, says financial educator Neale Godfrey, author of Money Doesn't Grow on Trees. But since they rarely witness Mom and Dad paying the bills, they may believe that money is only for acquiring material objects. I tested this theory on my son -- he was incredulous when he learned that we don't get to live in our home for free.

Show your child a few monthly bills and explain what the charges mean ("Here's what it costs to use the lights and the phone"). "He'll see that the family's money has many purposes," says Godfrey.

Just as my son believed that the ATM would give me all the cash I asked for, many young kids don't realize that their parents have only a set amount of money to spend. "In the past, children had a better idea about the limits of money because people relied more on cash," says Eileen Gallo, PhD, author of The Financially Intelligent Parent. Now, with so much electronic commerce, a child's concept of money is far more abstract.

Tell your child that you are paid for working and that you need to decide how you spend your paycheck because you have only so much money. Explain that most of your budget goes toward things the family needs, like food, a house, and a car. "This will make it easier for your child to understand why she can't have that video-game system she wants," says Dr. Gallo. "She'll be less likely to take your refusal to buy it as a personal rejection."

Four in 10 U.S. households bank online, according to the Pew Internet and American Life Project. This confuses kids, who think a computer is for fun. "You can sit with them and explain that you're 'putting money into the bank,' but preschoolers aren't going to get it," says Godfrey.

Open a savings account for your child at a brick-and-mortar bank -- even if you don't manage your own accounts there. When your child receives birthday money or accrues a nice chunk of allowance, have him join you in making a deposit -- and narrate the transaction as you go. "We are living in a digital world, but young kids need concrete lessons to understand basic banking principles," Godfrey says. "it's the same reason we teach them to read with actual books, not software."

Kids think: Everything costs the same.

Most preschoolers have some sense of what their favorite items are worth -- for example, they may know that a comic book costs $3. But they don't know how this compares with the family's other financial obligations. "Kids see us using the same debit card whether we're paying for a latte or a week's worth of groceries," says Joline Godfrey, author of Raising Financially Fit Kids.

Play up price disparities as you run errands with your child. you might say, "Whoa -- that raisin bagel cost just one dollar, but it cost three hundred dollars to get our car fixed!" A little dramatic juxtaposition provides a sense of scale and helps kids understand why you can't afford everything.

It's fine to let preschoolers know that your family is trying to save money. In fact, here are three ways to get him to pitch in.

Originally published in the April 2009 issue of Parents magazine. 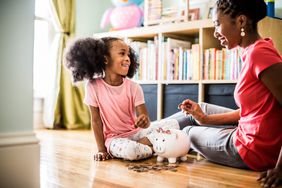 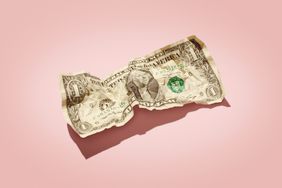 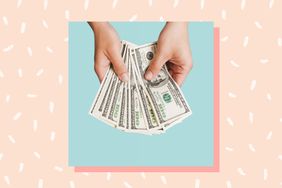 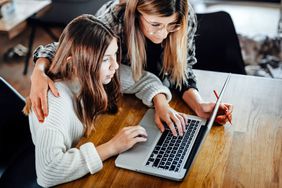 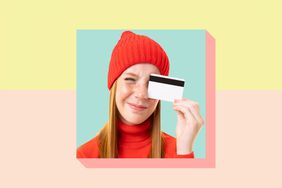