A 3-year-old battling stage 4 cancer named Elliott helped inspire entrepreneur and designer Allison Schickel to create something special for children with the disease, fighting another chronic illness, or recovering from surgery.

In early 2020, Elliott Hill was diagnosed with stage 4 tumor that had metastasized to her lungs, and she was fighting for her life. She was just 3 years old. Her mother, JaNett Hill, made a Facebook page for her daughter, sharing the details of her grueling journey. And it was through social media that she soon connected with Allison Schickel, a mom of three from Austin, Texas, who was inspired to create something special for Elliott—and other children navigating recovery and treatment.

Schickel had previously created the Brobe Recovery Robe, a patented bra and robe that was designed for women diagnosed with breast cancer and undergoing a mastectomy, lumpectomy, and reconstruction.

"I had always wanted to do something for kids, but I didn't ever really know what I would do," she recalls.

But after Schickel gave a talk to a communications class at the University of Texas, she was approached by a woman who told her about her son who was diagnosed with leukemia at just 2 months old. "She said, 'When he was tiny, my mom and I would have to take his little onesie and sew a pocket inside the onesie to hold his little ports. And then as he grew, my mom and I would makeshift his pajamas or his robe to accommodate not just his ports but his Jackson-Pratt drains after surgeries, IVs, monitors. As he grew, it was like there were more and more things hanging off of his body.'"

Devastatingly, the little boy passed away at 3 years old—the same age as Schickel's youngest at the time. She remembers crying all the way back to her car and feeling like a fire had been lit inside her to design a robe for kids.

In May 2020, after consulting nurses, social workers, and a variety of other experts and completing a prototype, Schickel was approached by an acquaintance who wanted to buy it from her for Elliott. "I ended up saying, 'Why don't you find out her favorite color and her favorite superhero, and I'll make something happen,'" notes Schickel.

She tapped another mom to help her sew another prototype for Elliott—purple with a Spider-Man-inspired cape—and ended up meeting up with the little girl and her mom in a park. When Elliott put it on, she started running around excitedly. "Her little cape was flying, and she kept it on, and her and my son started playing, and it was great," says Schickel.

Hill agrees. "I think just about everyone who has seen Elliott in her robe gets a huge smile; I mean you can't help it," she says. "When you see a child fighting for their life, and they have every reason to complain or be sad, but instead, they are running around with so much joy because for even a moment they feel like a 'normal' kid again!"

Inspired by Elliott's spirited energy and motivated to share the 3-year-old's story, Schickel asked Hill if she could name the cape the Elliott Superhero Robe. "She was like, 'Yeah, absolutely!'" she remembers. "It was a simple as that."

No one knew what would be next for the little girl, but thankfully, over the next several months, she fought and won her battle against the disease. Declared cancer-free in November 2020, Elliott started pre-K this fall.

Now, Schickel and Hill are working to get the word out about the "super-fun and super-functional" robe named for Elliott, which has since been mass-produced and is meant to bring a sense of comfort and security to kids battling cancer, chronic illness, or recovering from surgery.

The robes have pockets to hold JP drains, monitors, cords or other medical equipment. It also comes with snaps along the sleeve from the wrist to the collar bone to accommodate IVs, blood pressure cuffs, and easy access to ports.

They're also made from an anti-microbial, super-soft, durable material. "During Elliott's treatment, she became extremely sensitive to a lot of clothing and the way it felt on her skin," says Hill. "The fabric for these robes are perfect for kids with sensory issues when it comes to clothing textures."

As much as Hill wishes a product like this robe wasn't needed, the reality is that with less than 4 percent of the federal cancer funding going to research for childhood cancer, it is necessary, she points out.

She's also happy to know the robe was created with her daughter's fighting spirit in mind. "Having Elliott's journey inspire someone to make a product to help our kids in the biggest battle of their lives is such an honor," says Hill.

The Elliott Superhero Robe has now helped thousands of children nationwide. In addition to donating a portion of profits to a charity to support further research and the discovery of a cure for childhood cancer, Schickel is working with children's hospitals across the country to provide children with robes and has set up a donation program for anyone to help provide them to families at no cost. The robe is also available for $79.99 on thebrobe.com. 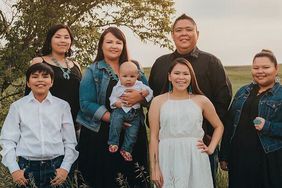 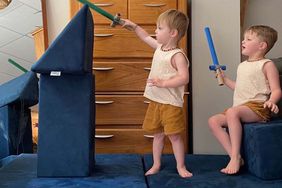 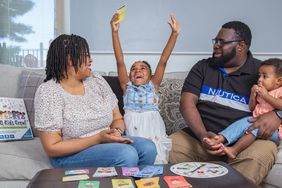 This Mom Became an Entrepreneur To Support Children's Emotional Well-being 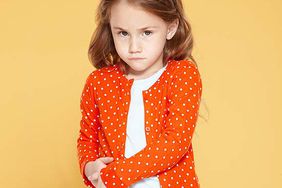