Tired of renting but worried you can't afford to buy? Experts and parents share their tips on how to land your first house.

Isn't it funny how a 7-pound baby can take up so much space? Factor in his crib, changing table, stroller, infant gym, bouncy seat, and all those new toys, and suddenly that spacious apartment you've been living in happily for years can seem as cramped as the backseat of a Miata. And it's not just the need for more elbow room that has so many young families checking out the real estate ads; it's the natural desire to set down roots and start building a financial future by investing in a home of their own.

But if you haven't saved up much money or are still paying off student loans or credit card debt, buying your first home can be a daunting proposition: even with the market cooling down and a surplus of housing inventory on the market, the average one-family home in the United States still costs more than $200,000 (and in metropolitan areas like New York and Los Angeles, the average is much higher). But if you use a little creativity and are willing to compromise on certain details, you may be able to find an affordable, cozy nest for your family. Here, how five families found ways to afford the house of their dreams.

Kim Morel-Betances, a mother of two, loved the area of Brooklyn, New York, where she and her husband had been living for years, but when it was time to buy, they found themselves priced out of their own neighborhood. So they looked across the river to Staten Island. "We saw a townhouse we could afford, but the area was still considered up-and-coming," she says. Morel-Betances examined the public school test scores and found they were going up every year -- a promising trend. But it was a stroll around the block that finally convinced them that the neighborhood was truly on its way up was a stroll around the block. "There were kids outside playing basketball, and some of the boys even asked my son if he wanted to join them, so I got a really good feeling about it."

One way to see if a town is transitioning from borderline to solidly middle class is to check out how many construction trucks you see parked on the street. "If a neighborhood is truly turning, there should be three or four houses on each street that are being remodeled," says Robert Irwin, author of Buy Your First Home! (Kaplan Business). Experts agree that good schools and safe streets are your top priorities. "Drive through the area during the day and then again at night to see who is out on the streets," suggests Diana Brodman Summers, an attorney and author of How to Buy Your First Home (Sphinx). "You can also call the local government office or go online to see if new schools are being built and if there are any bills pending for more school funding."

If you have your heart set on buying a home in a neighborhood that is already well established and desirable (which, of course, means higher prices), you can still occasionally find a bargain. You just have to be willing to look past certain quirks that might give other home buyers pause, such as living on a busy street, on an oddly shaped lot with a small yard, or even overlooking a cemetery. These homes may be priced well below a similar house in the same neighborhood, but you still get the benefit of sharing the same school district and zip code.

"When we decided to buy a house four years ago, we knew we wanted to stay in the city, near all the things we love, rather than moving out to the suburbs," says Brooke Doyle, a mother of two, in Seattle. She and her husband zeroed in on a neighborhood that had lots of other young families and a lake with a walking path, but most of the homes were out of their reach. "Then we found a house for sale by the owner that was on a major road right off a highway," she explains. "It's very busy and noisy -- I can see a traffic light from our window. But the plus side is that it is bigger than what we could have afforded just around the corner. We love the neighborhood, and our kids get to go to the good schools."

There are some homes that sit on the market for months because they have no curb appeal -- outdated fixtures, bad wallpaper, shag carpeting. Then there are those that need major work. Experts suggest that rather than simply using the home inspector your Realtor recommends, you find an independent one who has no allegiances and can honestly tell you what is wrong and how much it will cost you to fix it. Once you assess the amount of work the house needs, you can wind up in a great position to negotiate a deal -- especially if you can put your own sweat equity into the house. "My husband loves to work with his hands, so he was able to do a lot," says Andee Isaacs, a mother of two, in West San Jose, California, who found the fixer-upper of her dreams in Silicon Valley. Isaacs and her husband used contractors to do the more dangerous and complex work. "We still have some more work to do, but now we have a four-bedroom house in a nice neighborhood, which we couldn't have afforded otherwise," she says.

Buy a Home with Rental Income

After a frustrating search of homes that were out of their price range, Barbara Winett, a mother of two, in Hawthorne, New York, saw an ad for a huge home on a leafy residential street that included a studio apartment. "The asking price was higher than our budget, but we realized that we would make up that difference in rental income," she says, adding that a nearby medical school has provided a steady stream of tenants.

For some people, the solution is to chip in with family or friends to buy a home, easing the financial burden but adding an emotional layer to the home-buying proposition. "When we found out the home we were renting was up for sale, I was pregnant with my third child and did not want to move," says Kari Reiss, in Brooklyn. The Reisses asked some close friends if they wanted to buy into the house, one family taking each floor. "All four of our names are on the deed," she explains.

Keep in mind that no matter how much you love each other, where money is involved, there will always be the potential for conflict. "If one person loses a job, it puts pressure on the other. Make sure you pay a lawyer to put in writing every possible thing that can happen," says Summers, such as, 'What will you do if one party wants to sell? And how will you split repairs?'"

The most important thing to consider when buying a home is how it will affect the life of the family in it, says Summers. "If you buy something you can't afford and you have to take two jobs, or you have a two-hour commute, you're taking away from time with your family," she says. "It's better to compromise on the size of your home than on the time you have with your family."

In today's housing market, with a lot of properties sitting unsold for months, many owners may consider a rent-to-buy option, where you work out an agreement that part of your rental check will go toward a down payment. The upside is that you get to "try out" the house before you commit, and you have time to save up some more money for the down payment. The downside is that you get no tax benefits, and if you decide not to buy, you lose any money you have spent on rent/down payments. "These deals are usually offered by private owners rather than Realtors, so read ads in the local paper, or drive around to see if you spot a sign," suggests Diana Brodman Summers, author of How to Buy Your First Home.

Marisa Cohen, a mother of two, is a writer in New York City. 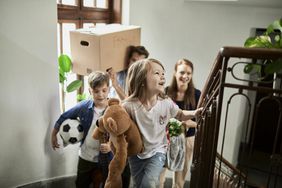 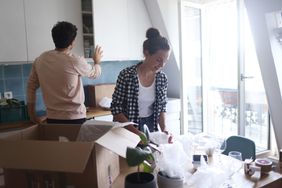 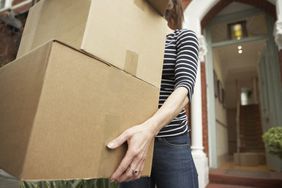 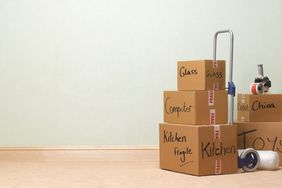 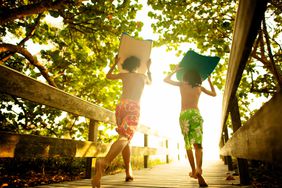 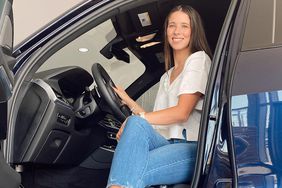