Please Let My Family Stay Together

A Deferred Action for Childhood Arrivals (DACA) recipient shares her dreams of being a mom in the United States.

I chat with my 3-year-old son, Gohan, about Peppa Pig and PAW Patrol. We color together, read books, and like to dance to “You Are My Sunshine.” But we’ve never talked about the fact that I could be taken away from him someday. Although he’s too young to understand what being deported or undocumented means, I think about that all the time.

I was born in Mexico, but when I was his age, I walked across the border into California with my parents and older brothers. It wasn’t as dangerous then as it is today. My uncle was already living here, and he had told my father, who began working as a butcher at the age of 16, how much easier it would be to provide for his family in the U.S. My father and mother believed in the idea of the American Dream.

All I understood was that we were living in a new place, and Los Angeles quickly felt like home to me. When my younger brother and sister were born, they were American citizens. I knew about my family’s history, but it wasn’t until I was a junior in high school that I realized what it meant for me.

I’d always dreamed of going to college because I didn’t want to live paycheck to paycheck like my parents did. But every college application required a Social Security number, which I had never even heard of before. When I asked my parents about it, they told me I didn’t have one. It sounds naive, but I assumed it was something like voter registration and that I had to wait until I turned 18 to apply for one.

Once the reality sunk in, I had a hard time accepting it. I wasn’t able to get a driver’s license either. I didn’t blame my parents. They gave me a happy childhood. But I was confused and didn’t understand the process of becoming a citizen.

Luckily, California soon passed a bill that allowed students who were undocumented to go to college. I was accepted by California State University, Dominguez Hills, but my status meant that I didn’t qualify for financial aid. My parents couldn’t afford to help out, so I babysat to pay for my full-time course load. I relied on public transportation, and sometimes my bus ride home was two hours. But I loved my classes, especially history and learning about the U.S. civil-rights movement. I knew that if I ever got deported, the one thing I wouldn’t lose was my education.

When one of my professors suggested that I apply for a pre-doctorate program, my first reaction wasn’t excitement—it was worry. “Will they ask for a Social Security number?” I asked. My professor guessed that I was undocumented and assured me I wasn’t alone. “There’s a group of students just like you,” she said.

When I showed up for their next meeting, I was shocked to see at least a dozen other students. As I became more involved in the group, I discovered that there was an even larger network of undocumented people throughout California—some who’d even attended my high school. We’d never known about one another. I learned about Deferred Action for Childhood Arrivals (DACA), the policy that prevents the deportation of people who, as children, were brought to America by their parents, and it also allows us to work legally.

When I got my DACA status in 2013, it was a huge relief. For the first time, I felt as if I had opportunities. I was able to legally get a job and make a decent living. I finally learned to drive and got a driver’s license. These simple things had never been possible for me before. I was also able to apply for research grants to travel to conferences and present my papers. However, DACA approval lasts only two years. Every two years, I’ve had to go through the long application process all over again.

Antonio and I met my senior year in high school, and we’ve been together ever since. After we got married, I hoped that I could become a legal resident. He’s an American citizen, but that’s no longer a guarantee for me. Despite having a legit relationship—we’ve been together 12 years!—that’s not enough for me to become a U.S. citizen. Multiple lawyers have given us the same frustrating advice: “Wait until the laws change.”

Every day, I hear about people being deported and that DACA might be stopped for good. Our political representatives in California want to protect the immigrant community, but it’s hard for me to believe that people are at risk of being deported and that anti-immigrant language and violence have any place in our country. What if this bubble we live in bursts?

Before I became a mother, I figured that if I ever got deported, I could start over somewhere else. Our son, Seiya, was born last October, and these fears are always in the back of my mind: Will my husband be left to raise our kids without me? Will our family be torn apart?

Antonio and I are trying to stay positive, hoping that things will get better. We try not to live in fear. But since I’m the only one in our family who isn’t a citizen, we’ve planned for the worst-case scenario: If there comes a day when I am forced to return to Mexico, he and our children will move to live close to the border. That way, they can be near me and he can continue to work in the U.S. Of course, we haven’t said anything about this to Gohan. We don’t want him to worry about might happen to our family.

I usually don’t talk about my status with others, because I don’t want it to define me. I bring it up only when I feel it’s necessary to give others a different perspective. People have so many misconceptions about DACA—that it’s a free pass, that it allows you to “cut the line” in immigration proceedings, and that people who have it can apply for social services and drain the system. But none of that is true. We’re not eligible for any entitlement programs, such as Medicaid or food stamps.

I’m just a regular mom, who hopes to one day get her Ph.D. and teach American history. Because of the uncertainty of DACA’s status in the courts, I submitted my latest renewal application a month early. Now I’m waiting to hear back. I still believe America is the land of opportunity, where hard work pays off. I love our country, and it’s my family’s home. 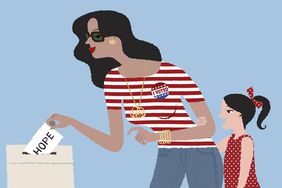 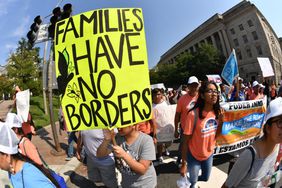 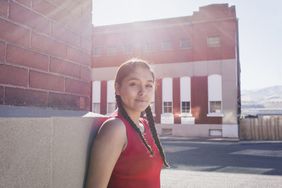 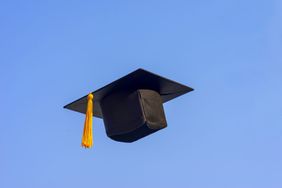 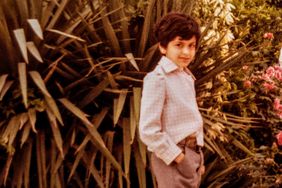