In a world where all kinds of ties bind parents to their children—whether the grown-ups are single, in a same-sex marriage, or adoptive guardians—it’s important to show kids that it’s not who’s involved, but the love they share that makes a family.

As I approached 40, still single, it was clear that my knight in shining armor, or any knight, for that matter, wasn’t on his way. I could live with that, but the need to be a mother was, for me, nonnegotiable. In 2014 I googled my options, finding a new term: Single Mother by Choice (SMC), which includes women who conceive with donor sperm. I decided this would be my path. In 2016, I was blessed with a beautiful baby girl.

But the reality of raising my daughter without a dad can be daunting. I worry: Will she think she is missing out? As an adult, will she know how to navigate relationships with men?

As I reported this story, experts assured me that the most important factor for healthy child development is the emotional availability of a parental figure, not how the rest of the family unit looks. But this isn't so easy to remember when it feels like the world views my child and me as outliers.

According to Pew Research Center, more than 50 percent of American kids live in nontraditional households (defined as any family other than two married, heterosexual parents in their first marriage with their biological kids). Yet there’s still a segment of society that considers the so-called traditional family as the ideal. When this ethos is passed down from adults to kids, it can perpetuate bias and ignorance, resulting in the taunting and bullying of children in single-parent households, families formed by same-sex parents, and every other variation.

Cyana Riley, a former Washington, D.C. teacher, a mom of two, and author of Not So Different, says, "I had to answer questions in my classroom about why a child didn't have a mommy. I told the kid who was asking that instead of having a mommy and a daddy, this child had two daddies who loved them very much." Todd Parr, writer of dozens of children's books about nontraditional families, has also seen firsthand how a parent's ideas about family can influence their children. When he visited schools to read his titles The Mommy Book and The Daddy Book to students, he received pushback about the sentence that referenced two-mom and two-dad households. "It created problems for educators," says Parr, "because parents were against their kids hearing this factual information, even in an age-appropriate manner."

When these attitudes trickle down to kids, their peers in nontraditional families can expect to hear comments about the supposed strangeness of their clan. “You don’t look like anybody in your family,” a kid might tell an adopted child. Or, “Why do you live with your grandma?” The alienation a child may feel upon hearing this can be painful.

But we are far from powerless in the fight to change this outcome. Kids, as any parent knows, are sponges. "Children are always watching, and our actions speak louder than our words," says Parents advisor Wayne Fleisig, Ph.D., a clinical psychologist at Children's of Alabama, in Birmingham.

Here's how to give your child a wide-ranging and inclusive picture of family so they treat other children with kindness, feel pride in their own roots, and grow up to build a life that makes them happy.

It's easy to normalize nontraditional families through picture books and TV shows "so that when your kids do come across different kinds of families in real life, it's not weird at all," says Kiaundra Jackson, a licensed marriage and family therapist in Los Angeles. She suggests the book My Family, Your Family, by Lisa Bullard, about a little girl named Makayla who goes through the neighborhood looking for something great about the variety of families she encounters. Or try the film Despicable Me, a goofy farce about a supervillain who grows close to three girls from an adoption agency. (Spoiler: He becomes dad to all three.) Parr, whose books like It's Okay to Be Different are also useful, adds that focusing on the love in these stories gets the message across. "Kids in any healthy family unit will relate to that," he says.

Hang out with different kinds of families.

Dr. Fleisig suggests that you "talk to your child about the differences in the family beforehand so they don't say something during the encounter that might unintentionally be hurtful." Jessica Butler, stepmom of two sons, adoptive mom of another, and cofounder of Raise Magazine, a lifestyle site for nontraditional families, recently took her youngest child to play with a friend whose parents were divorced. Before they arrived, she explained the familial setup by saying, "Do you know that your friend has two different houses? Sometimes she lives with her mommy, and sometimes she lives with her daddy. Isn't that cool?"

“If kids are used to being friends with children from all types of families,” Jackson says, “they can be allies for each other. So if there is a disparaging remark made, it’s like, ‘Hey, don’t talk to my friend like that. So what if she has two daddies?’ There’s an alliance there.”

Instilling confidence starts in the home. A child with high self-esteem has a deeper well of resilience should they be on the receiving end of clueless or cruel comments or questions. If you haven't already, start allowing your kid to be part of certain household decisions like what to make for dinner, how chores are divvied up, or what your weekend plans will be. Having them feel they're contributing to the family builds confidence in the unit, gives them an armor of self-worth, and sets them up for inner stability, Jackson says.

How to Explain Your Same-Sex Family to Other Kids

Answer all their questions.

Parents may find that they are uncomfortable with explaining certain family types to their children, worrying, for example, that talking about divorce may make a child fear their parents could also split up, or that bringing up a transgender parent will raise thorny questions about gender identity. “But you would rather your child get information from you than misinformation from others—or make it up for themselves,” Dr. Fleisig says. Take your time and think about what you want to say in advance, he adds. And know that sometimes complex conversations build a stronger bond. Says Jackson, “Your kids will know they can talk to you about anything, and that is vital, especially as they mature.”

Check in with teachers.

If you notice that your child has become withdrawn, seems ashamed of speaking about your family, or no longer enjoys going to school, talk to their teacher, Jackson advises. See if any type of bullying has occurred, and collaborate on sharing information about your child's well-being. It's also a good idea to let the teacher know about your family dynamic so they can serve as a resource and an ally.

Here are wise words to help you teach your kids of all ages about the many kinds of families.

Preschool: "Sometimes mommies and daddies can't take care of a baby, so they find another family to love and care for them." (Note: Reassure your child that you are capable of caring for them if they express worry about adoption.)

Elementary school: "There are times when a biological or 'birth parent' makes an adoption plan and places their baby with a loving family who is better able to care for their child. This family is thrilled to become the child's parents and will love them very much."

Tween: "Babies may need new families for lots of reasons, but often it is because their birth parents are too young to care for them or too sick, or there are difficult things happening in their lives that keep them from offering a baby a safe place to live. When these things happen, babies and children are adopted into new families who love and take care of them. The child may or may not grow up knowing their birth parents. Do you have any other questions, or is there anything else you want to know?"

Elementary school: "Sometimes people have genders that don't match their bodies, so they live as the opposite gender or with no gender at all. But it doesn't change how they love their kids."

Tween: "A person's sex or genitals are different from their gender identity. Some people identify as male, some as female, some as both, and some as neither. They are all loving parents too."

Parenting Transgender: For This Cis Woman and Trans Man, It’s Love That Makes a Family

Preschool: "There are families with two moms or two dads who love each other. They are wonderful and loving parents."

Elementary school: "Families can come in many combinations, like with two mommies or two daddies. Their families are full of love, just like ours."

Tween: Rather than sticking to a script, try to have a fuller discussion of all the LGBTQ+ terms and what they mean, plus topics of inclusion, diversity, and discrimination.

Preschool: "Babies grow when an egg and sperm come together. Sometimes the sperm comes from the baby's daddy, and sometimes it comes from someone else who wants to help a mommy have a baby."

Elementary school: "A baby is made when an egg is fertilized by sperm, which can come from a donor who wants to help people become parents. People need eggs or sperm donated for lots of reasons, like if a single woman wants to be a mom or two men want to be dads. They need a woman to grow the baby in her uterus—she's called a surrogate."

Tween: Have a discussion (rather than sticking to talking points), keeping explanations simple and using anatomical terms, about the situations in which donors may be used: a single woman who wants a child, a lesbian couple, a male-female couple struggling to conceive, or a transgender couple.

This article originally appeared in Parents magazine's February 2021 issue as “Teach Your Child What Family Really Means” Want more from the magazine? Sign up for a monthly print subscription here 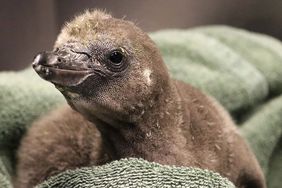