Parents and adult caregivers are the greatest advocates to help children feel supported and included in their education. Here are ways you can work with your school's administration to bring representation into the classroom.

When I was growing up, the world was a pretty different place for LGBTQ+ kids than it is today. For example, at my high school in the 1990's, not a single student was out; a popular English teacher would have his classes in stitches by calling outspoken girls 'man-haters' and 'lesbians' and there certainly wasn't a GSA (gender and sexuality alliance) to support queer kids.

Luckily, in many places, the situation is different today. At least, that's true of the environments where I teach and where my own children go to school. Thankfully, kids around the country also live in communities that prioritize inclusion.

But plenty of others still don't. Many schools don't list gender identity or sexual orientation in their anti-bullying policies. Multiple states make it a crime for teachers to discuss LGBTQ+ issues in any positive manner. Over half the states teach abstinence-only classes, which claim that the single acceptable place to have sex is within a cross-gender marriage. This year alone, we have seen the introduction of laws targeting trans youth in 33 states. Many of these bills focus on the most intimate of issues and seek to codify what bathrooms students can use, or which sports they can play based on their assigned gender at birth. Some laws want to make genital screenings part of a girl's requirement to join a sports team in an attempt to ban transgender girls from playing on teams with cisgender girls. Other laws aim to ban minors from accessing gender-affirming treatment.

It is clear that such policies cause significant damage. For 20 years, GLSEN, an organization working to support LGBTQ+ students, has conducted school climate surveys. These have repeatedly found that supportive environments are protective for students' physical and emotional health. And what about those that are not supportive? Well, they have the opposite effect and put kids in danger by increasing mental health problems and contributing to harassment and violence.

But there is a lot that caring adults can do. One of the most important things is to be an advocate for young people who often aren't in the position to fight for themselves. As Jon Sands, the manager of youth programming with the LGBTQ+ organization Live Out Loud explains, "Often school leadership is much quicker to listen and respond to requests by parents than from the student body."

If you are wondering what those requests can look like, or what else needs to be done, here are a few key places to start.

1. Be Vocal About Representation in the Classroom

One of the best ways for LGBTQ+ students to feel supported is to see themselves reflected in their everyday spaces. Parents can encourage this through conversations with the administration, PTO involvement, and donations of books and supplies to the classrooms.

Schools can make classrooms inclusive by choosing books that are representative of the range of human experience, including those that feature LGBTQ+ stories and characters. Teachers should avoid gendered language that addresses and divides kids exclusively into "boys and girls." Schools also need to provide gender-neutral bathrooms—discrimination from bathroom use based on a student's gender identity or transgender status is illegal under Title IX.

Another strategy is to have visible signs of allyship. That could mean displaying a "Safe Space" sticker or a Pride flag. Schools need to make it commonplace for students and teachers to share (and respect) pronouns, and can participate in the Day of Silence or host an LGBTQ+ affinity group or GSA.

Jace Deininger, a transgender 16-year-old from Park City, Utah, and a youth ambassador with the organization It Gets Better, explains that despite having a GSA at his school, there is still work to be done. Deininger says, "There has been a constant struggle to get us represented in class. We had to fight to get gender-neutral restrooms. We had to fight to get the word "gay" in a Google search unblocked. We are currently fighting to be able to have our flags flown in the hall."

Such fights also need adult support. Parents and guardians can use their voices when these issues arise. If you think a teacher's inclusive curriculum stands out, let the administration know that you are behind it. If there is pushback against a GSA or a gender-inclusive bathroom, do a little homework so you can counter the myths that fuel resistance. When you discover a great kid's book on LGBTQ+ issues, send a copy to the library.

Don't let the only people the school hears from be those opposing these measures, and don't make young people feel like they have to do all the work alone.

2. Encourage Policies on Equity and Inclusion

LGBTQ+ youth experience a lot of well-documented health disparities. We know these disparities are largely due to experiencing discrimination, violence, and harassment. But schools that take a few key measures will see demonstrated improvement in queer student health. Amit Paley, the executive director of The Trevor Project, a group dedicated to preventing suicide among LGBTQ+ youth, says his organization's research has found that LGBTQ+ youth who reported that their school is LGBTQ+-affirming had almost 40 percent reduced odds of reporting a suicide attempt in the past year. "That's why it is so important for school officials and teachers to actively foster the creation of safe, affirming learning environments where LGBTQ youth can thrive," he says.

One of the ways that schools can work towards these positive environments is by crafting strong equity and inclusion policies. GLSEN recommends that schools specifically list LGBTQ+ students in anti-bullying and harassment policies and that mission statements use language that clearly affirms students' sexual orientation, gender identity, and gender expression.

Schools also need to address the fact that, like students of color, LGBTQ+ students (who may also be people of color) are more likely to be punished for things like public displays of affection or breaking dress code than their cisgender heterosexual peers. It is crucial to examine any rule that may be unfairly implemented and consider positive and restorative approaches to discipline.

Ginna Brelsford is the co-executive director of the GSA Network, an organization which assists students with starting Gender and Sexuality Alliances. She explains, "Parents can support LGBTQ youth by becoming involved in their educational achievements and informed on policies and changes within their schools." There are a few ways to do that. In most places, parents can ask to see a school's policies in writing. If something seems concerning, or if you think something should be more clearly spelled out, you can bring that to your school's attention.

Parents may also find it helpful to review the policies of other institutions and share those with their child's school. And if parents are new to the issues themselves, they might want to check out the Learning for Justice guide, Creating an LGBT-Inclusive School Climate.

LGBTQ+ experiences are often excluded from standard curriculum, particularly in places like history or sex education and reproductive health. That exclusion can be explicit, but it can also be the by-product of other policies. For example, in 26 states, and D.C., sex education classes are mandated to be "age-appropriate."

That language of age-appropriateness may seem like common sense. But when it comes to talking about sexuality with kids and teens, no one—not sex educators, psychologists, religious leaders, or parents—can agree on what is, or is not, age-appropriate. When people question if material is "age-appropriate" for kids, the default often becomes one where a range of topics are omitted from conversations. This can be harmful for all young people. But LGBTQ+ youth are often particularly hurt when those topics aren't covered.

Of course, queer exclusion extends far beyond the sex education classroom. Many teachers don't cover LGBTQ+ issues in classes like history or English because they don't feel comfortable doing so, don't have support, or are simply unaware of the need.

In addition to making your voice heard at PTA or school board meetings when the topic arises, parents should also know about the Equality Act. This is a bill that prohibits discrimination based on an individual's sexual orientation or gender identity in places including schools. If it passes, it also could affect what is taught in schools by offering protections for teachers who want to implement LGBTQ+ -inclusive curriculum.

To support the Equality Act, the Human Rights Council suggests contacting your member of congress, becoming a community sponsor of the bill, or even sharing your story of how discrimination personally impacts you.

LGBTQ+ students are at a crossroads right now. They are encountering both increasing support systems and increasing discrimination. To ensure that the discrimination doesn't undermine the positive strides we've seen, caring adults must give young people the support they need and challenge the forces causing harm.

That support involves advocacy and compassion. As Amit Paley says, "You do not need to be an expert on mental health or know everything about LGBTQ identities to make a difference in the life of an LGBTQ young person. You can make a difference by listening, being accepting, and having empathy." That is a sentiment echoed by teen, Jace Deininger "Above all," he adds, "Please love your queer family and friends and support them when they need you to." 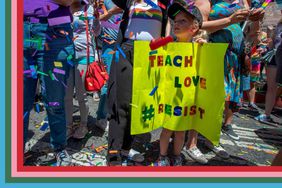 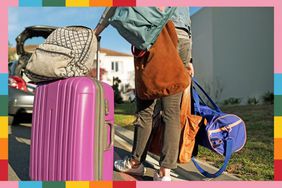 Supporting Your LGBTQ+ Teen While They're Living Away From Home