Experts explain what leads these killers to do the unimaginable.

Netflix's new documentary American Murder: The Family Next Door explains what led Chris Watts to kill his family. He's just one of many family annihilators to make the news. Experts explain what leads these killers to do the unimaginable.

In the planned community of Celebration, Florida, bougainvillea vines trail along white picket fences and open window shutters. Developed by the Walt Disney Company in the 1990s, the town has wide front porches just steps from tree-shaded sidewalks that invite conversations with neighbors and passers-by. Originally from Connecticut, the Todt family had lived there quietly, in a tidy Neo-Colonial on Reserve Place, for two years.

RELATED: How to Talk to Kids About Gun Violence

But on January 13, 2020, following a well-being check request by a relative, Anthony Todt was found in his bedroom, surrounded by the blanket-wrapped and decomposing bodies of his wife, three children, and the family dog. The official cause of death for Megan Todt, 42, and the couple's kids—Alek, 13, Tyler, 11, and Zoe, 4—was "homicidal violence of unspecified means" and "diphenhydramine toxicity," better known as Benadryl, according to the Orlando medical examiner.

Investigators say Mr. Todt had been deeply behind in rent and other payments, as well as under investigation from federal authorities regarding his Connecticut physical therapy practice. He later confessed to the killings and awaits a trial on four counts of premeditated homicide and one count of animal cruelty. If convicted, he could face the death penalty.

Mr. Todt joined the ranks of ″family annihilators," those who commit familicide, perpetrating the most radical form of domestic violence—an event that occurs about 23 times per year on average in the United States, according to a 2015 study in the Journal of Forensic Sciences.

So ubiquitous and unconscionable is familicide that it's ascended to pop culture: On Wednesday, September 30, Netflix will premiere American Murder: The Family Next Door. The documentary chronicles what led to Chris Watts's infamous 2018 murder of his 34-year-old wife and their two young daughters in Frederick, Colorado, and the investigation that followed.

While the details of family annihilators may vary, experts say there are usually similarities that lead these killers to perform heinous acts.

Some 95 percent of those who commit familicide are men, according to Neil Websdale, Ph.D., director of the Family Violence Institute at Northern Arizona University, director of the National Domestic Violence Fatality Review Initiative, and author of Familicidal Hearts: The Emotional Styles of 211 Killers.

In her study of 408 homicide-suicide cases, Jacquelyn C. Campbell, Ph.D., a professor at Johns Hopkins University, also found that 91 percent of perpetrators were men. A history of domestic violence was common. Dr. Campbell's 12-city study of such cases found that "intimate-partner violence" had occurred in 70 percent of them, despite the fact, that only 25 percent of prior domestic violence appeared in arrest records. That evidence often emerged later on through interviews with the victim's family and friends.

Dr. Websdale agrees that domestic violence is a risk factor, saying about half of such cases follow a history of it. A quarter to one-third of them he terms ″civil/reputable″ or ″respectable people who've fallen from grace, without a history of domestic violence," while the remaining cases exhibit elements of both.

Other common traits? According to Dr. Campbell's research, these killers tend to be non-Hispanic white males, have access to a gun, a stepchild at home, or are dealing with estrangement. Ironically, past criminal history isn't a consistent indicator as they don't usually have a criminal record.

The question remains: What leads these people to kill their families? Experts say family annihilators usually fall into one of several scenarios.

Angry over the family breakup

A study looking at British murder cases found the most common reason men kill their families was because of family breakups. These killers, researchers say, often hold the mother accountable for the family's outcome. There could be a divorce on the horizon or their kids were taken from them.

A need for power

Familicide perpetrators may display a panoply of motives, says Dr. Websdale, but power tends to be a big one. ″For the livid, coercive killers, which is probably the majority,″ he notes, ″we're talking about a need to exert their authority and power in relationships. They perceive their control as ebbing—they are deeply humiliated and rageful about what they are and what their partners have done to them. They are vengeful.″

There are no simple answers, but methodologically, when ″violent intimate terrorists kill their families, it's often about … an attempt to reestablish control in their relationships."

This loss of control is common because of a belief in losing one's masculinity. These killers, who are usually in heterosexual relationships, have stereotypical perceptions of the family dynamic.

Suffering from a personality disorder

Chris Watts was sentenced to life without parole in November 2018 for the August 2018 murders of his pregnant wife, Shanann Watts, 34, and their daughters, Celeste, 3, and Bella, 4. Prosecutors asserted that Watts's ″desire for a fresh start″ was a motive for his crimes. At the time of the killings, Watts, then 33, was dating another woman.

The Watts case, explored in the Netflix crime doc, is one that N. G. Berrill, Ph.D., a New York City-based clinical psychologist, calls evidentiary of the psychopathic, antisocial personality. ″This is the person who is just tired of their spouse, tired of the obligations of having kids, meets someone new, and is perhaps not terribly bright," says Dr. Berrill, who is also director of New York Forensic and a forensic investigator who specializes in evaluations of violent individuals.

″We've seen these [cases] numerous times,″ says Dr. Berrill. ″It seems absurd, but [these killers] believe if they can kill their family and engage in chicanery to make it seem someone else did, they are purging themselves of what they see as an intolerable burden.″

Think "psychopathic, selfish reasons," solely for self-gain. "From a clinical perspective, none of it is understandable or justifiable, but it's also the most chilling and frightening because they know perfectly well what they're doing," says Dr. Berrill, separating these killers from those who have had a psychotic break or other mental impairment.

Unable to cope with personal failure

Then there are the cases where husbands may not have been possessive or controlling; instead, they've gone through big social or economic changes. These are referred to as atypical familicide. That appears to be the case for the Todt family.

Just before Christmas in 2019, an eviction notice was filed in a Florida court for the same address as the Todts. Documents show the couple had signed a one-year lease in May 2019 and missed payment of more than $4,000 that December. According to the Sheriff's office, Mr. Todt worked as a physical therapist in his Connecticut practice, Performance Edge Sports, Monday through Friday, traveling to Florida on weekends to be with his family. In January 2020, federal agents informed the Osceola County Sheriff's Office about an investigation on Mr. Todt and his business.

Catastrophic news similar to this often presages familicide in individuals who are not known domestic violence perpetrators, says Dr. Websdale. "Where there is no history of violence, then you're dealing with repressed individuals who are overcontrolled and often depressed," he notes. "It's a pending life catastrophe like a foreclosure, the inability to provide, or saving their families from destitution. It can be a mixed bag of things, but there's almost a 'misguided altruism' there, in that they believe at some level that they're doing families a favor by killing them."

These killers tend to believe that living without the standard of life they've had is daunting. ″And mixed in with shame about being unable to provide," says Dr. Websdale, "is also an incredible sense of entitlement and narcissism—the entitlement to take life like that." 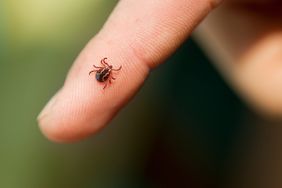