Dr. Spock on Fathering Your Daughter

Parenting advice from one of America's favorite experts.

Dr. Benjamin Spock has been giving parents advice about raising their children for decades. In this excerpt from his landmark work, Dr. Spock's Baby and Child Care, he shares one of the 19 points he believes are most important for parents to keep in mind about their role in their child's life.

A girl needs a friendly father, too

A friendly father plays a different but equally important part in the development of a girl. She only patterns herself after him to a limited degree, but she gains confidence in herself as a girl and a woman from feeling his approval. In order not to feel inferior to boys, she should believe that her father would welcome her in backyard sports, on fishing and camping trips, in attendance at ball games, whether or not she wants to accept the invitation. She gains confidence in herself from feeling his interest in her activities, achievements, opinions, and aspirations.

By learning to enjoy the qualities in her father that are particularly masculine, a girl is getting ready for her adult life in a world that is half made up of men. The way she makes friendships with boys and men later, the kind of man she eventually falls in love with, the kind of married life she makes, are all influenced strongly by the kind of relationship she has had with her father throughout her childhood and by the relationship her parents enjoy with one another.

Dr. Spock: How You Learn to Be a Parent

Dr. Spock: The Temptation to Spoil 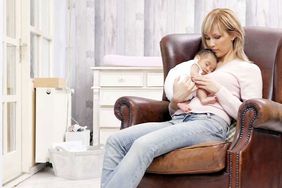 Dr. Spock On Sex After Baby