She may be busy, but entrepreneur and actress Whitney Port is making sure to stand up for what she believes in when it comes to raising her 2-year-old.

From her roles on The Hills and The Hills: New Beginnings to her iconic fashion sense and well-known Instagram and YouTube channels, Whitney Port’s career has been quite multifaceted. The reality star and entrepreneur has a lot on her plate to keep her busy: running her website, where she shares photos and shopping links to her enviable outfit choices, and being a co-founder and chief brand director for Bundle Organics. But her most important role yet, that of mom to Sonny, 2, has given the busy reality star and entrepreneur a new focus.

Port’s Instagram account, which boasts 1.4 million followers, is awash in photos of her son whose shoulder-length ringlets are the envy of anyone who’s ever dreamt of effortlessly curly hair. But, as with anything on social media, there are those who take issue with the length of Sonny’s hair. In an Insta post that garnered Port a significant amount of media attention earlier this year, she called out the negative Nancys who think long hair is for girls only.

In the post, she addressed the insidious bigotry behind one particular comment that was framed as advice. The comment read, "He looks like a she, Whitney. I get the whole not wanting to depict their gender, but Jesus. This is the third pic of him I’ve seen today that if I didn’t know he was a son, I’d most def think he was a girl. And to be honest, I don’t doubt in a few years when he sees these pics you’re sending out to the world just might upset him. It's a thought to acknowledge."

Port used the comment as a springboard to start a discussion on homophobia, bigotry, and gender stereotypes.

“I know ignoring the trolls is usually the best policy, but sometimes it can spark an important conversation. It's easy to recognize blatant bigotry, but sometimes the same, excuse my language, bullsh*t is hidden behind a thin veil of ‘advice’ or ‘just my opinion,’” she wrote. “Someone thought warning me that Sonny ‘looked too much like a girl’ was something I should be concerned about. She probably thought she was trying to help.” She closed the post with a message to her son. “Sonny, if you ever read this one day, please remember to always be yourself no matter what anyone says. I love you.”

In a follow-up YouTube video entitled “I Love My Toddler, But Let’s Talk About His Hair,” she and husband Tim Rosenman, broke it down, discussing gender-norms and raising kids in a world where they should be free to express themselves and not feel boxed in by outdated gender stereotypes. “I hope that Sonny is strong enough and that we teach him enough to understand that these things aren’t binary," she says.

“If he wants to wear a dress, he can wear a f---ing dress,” said Rosenman from off-camera. “We are not pushing him towards heterosexuality or homosexuality. He will just be whatever he was born to be and we’re here to support that.”

In an interview with Parents.com, Port doubled down on her desire to raise Sonny to show on the outside who he is on the inside. While Port says she dresses Sonny in what are considered boy clothes, she knows that one day soon, Sonny will be old enough to dress how he wants. “As soon as he can take control of what he wants to wear or what he wants to look like or who he wants to be, we will allow that to take shape,” she explained. “We are not trying to prescribe anything for him or make him into anything that he isn’t naturally.”

With the debate over gender stereotypes raging on all fronts, it’s important for people to use their platforms to educate and enlighten. “None of it matters is the moral of the story. Everyone can look how they want to look.” Port says that a world where people are judged harshly and not allowed to be their true selves “is just not a world that I want Sonny to live in.” 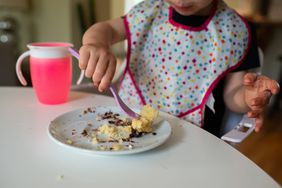 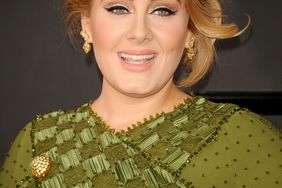 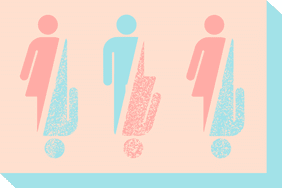