The entertainer, whose 13-year-old conservatorship was terminated last fall, has been dreaming of expanding her family with her husband Sam Asghari. Now, the two are happily wed. Here's what we know so far.

In November, Britney Spears was finally freed from the conservatorship that had ruled her life for the last 13 years. And just two months prior, she had announced her engagement to longtime love Sam Asghari.

Spears has continually expressed her interest in having a baby with Asghari, 28, and the beloved pop star took to Instagram on in April to share that she's having a baby following months of fans and followers' speculation. Sadly, Spears and Asghari shared on Saturday, May 14 that they've suffered a pregnancy loss. But things have taken a happy turn for the couple this week as People reports that Spears and Asghari tied the knot in a ceremony held on Thursday, June 9.

An insider told the site, "Britney walked herself down the aisle. She looked absolutely stunning in her main dress. She cried happy tears at some moments." Spears reportedly wore the same hairstyle and makeup look throughout the celebration but changed her outfit three times. her main dress was designed by Versace, and she walked down the aisle to Elvis' "Can't Help Falling in Love."

During the reception, Spears, 40, danced with a longtime mentor, fellow pop icon Madonna. A second insider shared that the party ended by 11:30 p.m., and the newlyweds rode off in a white Rolls Royce with a classic "Just Married" sign on the back.

The source noted, "It ended up being the happiest night for Britney. She wanted a fairytale wedding and she got it. Britney looked stunning. She is very excited to be married. She looks forward to a future with Sam."

Asghari's manager, Brandon Cohen, told PEOPLE after the ceremony, "I am very ecstatic this day has come, and they are married. I know he wanted this for so long. He is so caring and supportive every step of the way. I am so grateful to have Sam in my life and can't wait for the future they will build together."

The couple's special day came on the heels of a heartbreaking turn of events. On Saturday, May 14, the couple took to Instagram, noting, "It is with out deepest sadness we have to announce that we have lost our miracle baby early in the pregnancy. This is a devastating time for any parent."

The post continues, "Perhaps we should have waited to announce until we were further along however we were overly excited to share the good news. Our love for each other is our strength. We will continue trying to expand our beautiful family."

The pop star and her partner expressed their gratitude for support and "kindly ask for privacy during this difficult moment."

Asghari added in the comments, "We will have a miracle soon," and the post was quickly flooded with heartfelt comments from fans wishing the couple their condolences.

How Britney Spears Announced Her Pregnancy

Back on April 11, the 40-year-old pop star shared a photo of a pink coffee cup alongside a caption that notes that she "lost so much weight" to go on her trip to Maui "only to gain it back." "I thought, 'Geez ... what happened to my stomach???' My husband said, 'No, you're food pregnant, silly!!!' So I got a pregnancy test ... and uhhhhh well ... I am having a baby."

She noted that "it's growing," and "if there are 2 in there ... I might just lose it." The singer lamented that she "obviously won't be going out much" as a result of paparazzi looking for their "money shot."

Spears continued, "It's hard because when I was pregnant, I had perinatal depression. I have to say it is absolutely horrible. Women didn't talk about it back then. Some people considered it dangerous if a woman complained like that with a baby inside her, but now women talk about it everyday. Thank Jesus we don't have to keep that pain a reserved proper secret."

It's unclear if Spears secretly married Asghari who she has been referring to as her "husband" on social media. But Spears' post spurred lots of well wishes and warm congratulations, including a remark from longtime friend Paris Hilton who wrote, "Congratulations sis!! I'm so excited for you!! Love you!!!"

Looks like the couple is hoping that tropical vacays will one day be a part of their birth plan. Instyle points out that during a getaway just last month, Spears shared, "Planning on having babies in Polynesia."

What Britney Spears Has Said About Having Another Baby

For months prior, Spears had teased fans with a new addition to her family. Back on Tuesday, December 15, Spears took to Instagram to share a video of herself, taken from behind, in which she appears to be cradling and bottle-feeding something while swaying in front of her Christmas tree to the tune of "Look at the Sky" by OsMan. The caption: "New addition to the family. Guess if it's a boy or a girl. Thank you again baby @samasghari!!!!"

Asghari weighed in the comments with a string of surprised face emojis.

Spears—who shares children Sean, 16, and Jayden, 15 with ex-husband Kevin Federline—had also previously posted that she's been "thinking about having another baby," alongside a photo of a little one standing on their tiptoes.

And back in September, Spears and Asghari teased the internet with an Instagram Story post in which the singer held a baby doll toy dressed up like her. Asghari captioned the shot, "Exclusive! We had a baby. What should we name her?"

But not all of Spears' discussion of wanting a third baby has been so lighthearted. During a June 23 conservatorship, the pop star shared a heartbreaking confession, telling Judge Brenda Penny that the team in charge of her conservatorship intentionally blocked her from getting pregnant.

"I would like to progressively move forward, and I want to have the real deal, I want to be able to get married and have a baby," noted Spears. "I was told right now in the conservatorship, I'm not able to get married or have a baby. I have an IUD inside of myself right now so I don't get pregnant. I wanted to take the IUD out so I could start trying to have another baby. But this so-called team won't let me go to the doctor to take it out because they don't want me to have anymore children. So basically, this conservatorship is doing me way more harm than good."

The Bottom Line on Spears and Asghari's Future Baby

Spears' pregnancy loss was undoubtedly a devastating setback no hopeful parent have to face, but it's heartening that things are looking up for the loving couple. Here's hoping that with the support of their fans and loved ones, newlyweds Spears and Asghari will, in time, heal and see their dream come true. 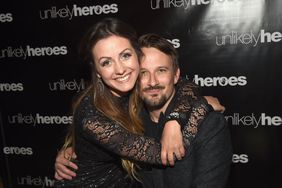