The former *NSYNC member shares all the details on new fatherhood, striving to change the planet, and celebrating Pride with his twins.

Entrepreneur and former *NSYNC member Lance Bass says he has a whole new perspective on life since welcoming twins—a boy named Alexander James and a girl named Violet Betty—via surrogacy with husband Michael Turchin in October 2021. Looking back at the days leading up to becoming a dad, he wishes he could tell his pre-parenthood self, "Don't freak out."

"I was so anxious about having colicky babies, so I read every book, and I was like, 'OK, the downfall is going to be if they're just crying 24/7, and we're getting no sleep,'" recalls Bass. "I've heard horror stories, so I was so afraid. And also, the first couple of weeks, I was just staring at them, just seeing if they're breathing."

Nonetheless, he feels like he picked up on things pretty quickly, which is why he'd tell himself to "chill out, because it's gonna be fine—parenting will become natural."

Bass, an environmental activist who, along with Turchin, sits on the Environmental Media Association (EMA)'s Board of Directors, recently caught up with Parents.com at the nonprofit's IMPACT Summit in West Hollywood, opening up about caring for the earth and celebrating Pride with his family.

How New Fatherhood Has Shifted Priorities

Although Bass has been committed to promoting environmental progress for years, he has found that since becoming a dad, his priorities are different. "Having kids, I'm thinking about the future, and I want a great planet for them," says the 43-year-old.

He acknowledges that while we can't make changes to address climate change overnight, it's possible to phase things out. "A lot of people don't realize that," he says. "Everyone's like, 'Oh, we can't do that.' But if you slowly change things—in 20, 30 years, then it's great."

A self-described stickler for recycling since he was a kid, Bass says that he's particularly concerned about single use plastic these days. "I'm seeing so much waste in the diapers, and it's insane how much plastic is used," says Bass. "I just can imagine the landfills with how many diapers are in it right now."

Still, he has hope that solutions are in sight. "I love innovation, and I just I can't wait for there to be a diaper that has seeds in it, and you can just kind of roll it up and plant it, done—and it already has fertilizer in it," he says.

Celebrating Pride Month With the Kids

In a recent Instagram Reel, Bass, who owns both a restaurant and a nightclub in West Hollywood, joked that by bringing his little ones to one of his hot spots, his life is mirroring the 1996 Robin Williams and Nathan Lane film The Birdcage. "I was trying to go into Rocco's and go into a drag show," he recalls. "And [the twins are] tipping the drag queen. My babies are going to be growing up in gay bars."

Still, they'll have to wait until they're a little bit older to officially celebrate Pride with their dads. "Next year will be so much fun, because we can push them in a stroller and watch the parade and do that kind of family Pride stuff," says Bass.

He's also looking forward to creating his own Pride traditions with his family—specifically at his nightclub Heart. "The park is totally full of Pride events, but we have, behind Heart, this great parking lot that's never used," he explains. "And I'm trying to convince the city to let us use that parking lot during pride to do an LGBTQ Family Day, like a little carnival that's kid-friendly."

How Raising Twins Was a Crash Course in Parenting

While parenting not just one but two newborns might sound absolutely overwhelming, Bass is grateful for just how much it taught him and his husband.

"Every hour, on the hour, there was something going on," he remembers. "It's just a crash course of everything that you need to know. And by the time you've done it for 48 hours and changed 50 diapers, you know what to do for the next few weeks. You're like, 'OK, this is gonna be the regimen.'"

He's also endlessly appreciative of their night nurse, who helped them through the first couple of months. "She taught us everything else we needed to know," notes Bass. "That was such a blessing, to have someone like that in the house, because you have so many questions and you can only Google so much!"

The good thing about starting with twins is that "you don't know the difference," points out the entrepreneur, who adds, "If we would have had one and a couple years later had two, we would have been tearing our hair out."

Still, Bass is grateful for how well-behaved his son and daughter—whom he notes are peace-loving Libras—are. "I hate to say it, but it's been so much easier than we thought," shares the former pop star. "And I know parents want to slap me for saying that, but it's just been so great. They are such good babies. They allow us to have a life. They're sleeping through the night, which is insane. But I'm sure that's going to end in the next couple of months." 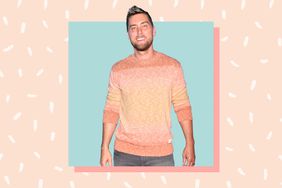 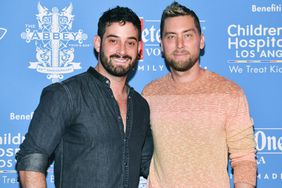