The actress dishes on childbirth, making pies, and the tragic loss she just can't get over.

Keri Russell is due to give birth very soon, but aside from that prominent baby bump, you'd never know it. Although she declines to say exactly how far along she is (she doesn't want paparazzi tailing her to the hospital), Russell doesn't look the slightest bit overtired or uncomfortable -- and her schedule seems as jam-packed as ever. With her hair swept into a soft side ponytail, she's as delicately gorgeous as she was during her years playing the titular character on Felicity.

Russell recently sat down with a group of journalists to talk about her new movie, Waitress, a story about an unhappily pregnant woman married to an infantile lout (played by Six Feet Under's Jeremy Sisto). The character's only joy in life is creating to-die-for pies and writing heartbreakingly honest letters to her unborn child -- and then she falls for her male OB. The film was written and directed by Adrienne Shelley, who was tragically murdered in New York last fall. The conversation went from silly to serious and back again.

Q: So, are you an expert pie-maker now?

KR: God, no! Cheryl [Hines, her co-star] showed up to this one interview and they were like, "You're going to be making pies." And Cheryl and I were like, "We don't know how to make pies."

KR: Not necessarily. As an actor, you spend so much time on the road. And then you move to New York and the kitchens aren't exactly farmhouse-grand. I can get by. Maybe if I spent more time at home....

Q: What childbirth method are you using?

KR: I'm going to go for Get It Over With! [laughs] Um, that's a personal question -- and a secret.

Q: This is going to be a hard question, but can you comment about how you found out about Adrienne?

KR: It was a sad, sad thing. I found out like everyone else -- someone called me. It was shocking. It's still shocking. She was so young and [she had] her family, and her mom, and her daughter. It's so unfair. I don't know if I've really processed it completely.

Q: Now that you're anticipating motherhood yourself, what new insights from the movie did you have?

KR: The last four movies, I've been pregnant. It's so strange! I think the main thing from this movie is, as funny as everything is that she's joking about -- about not wanting a kid and how it's going to ruin her life -- it's really brave and kind of beautiful, the letters that she writes to this kid. We should all be so lucky to know our mothers' innermost thoughts -- how cool would that be!

Q: Are you writing to your baby?

Q: Whose career would you love to have?

KR: The people I love watching are people like Joan Allen. And I love Kathy Bates. I just think everything she does is so funny and sweet at the same time -- completely heartfelt.

Q: Will you be doing any writing since you're going to be sitting at home for a while?

Q: How much time are you going to take off after you have the baby? 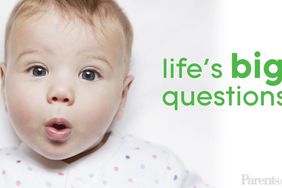 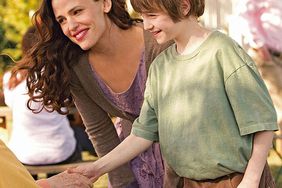 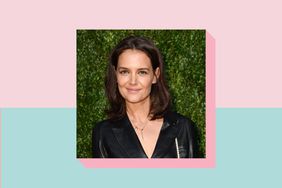