The Jane the Virgin heartthrob doesn't think we celebrate ourselves enough as parents—he shared a recent parenting win to inspire you to celebrate your own.

“We made her feel like it was her baby,” Jane the Virgin star and dad-of two Justin Baldoni says of how he helped his firstborn, now almost 3-year-old Maiya, adjust to being a big sister.

No matter how old your first child is, introducing a new sibling can be a challenge, but Baldoni says he is very proud of how he and his wife, Emily, handled it when baby Maxwell came on the scene last October.

“We made sure that when people came over they saw Maiya first and they asked her if they could go visit Maxwell, so now she feels like she has this protection over her baby brother and she takes care of him,” he says.

Baldoni went on to say that even when Maxwell pulls her hair, instead of crying like how you’d a expect a 2-year-old to react, she laughs.

“She’s got this patience for him and this compassion for him and this pride for him,” Baldoni says. “It just makes me so happy and proud of her because it’s a lot being a 2-year-old and having the whole world be about you and then having a baby come in and suddenly you’re #2, but I think we did a good job making her feel like she was still #1.”

Baldoni has learned a lot since becoming a father of two, one important thing being the benefits of introducing peanuts to babies early on. Official guidelines now recommend feeding children small amounts of peanut foods as young as 4-6 months after a study found that it helped reduce their chance of developing allergies, especially for kids at high risk.

However, a recent survey of pregnant women and new mothers found that almost a third hadn’t heard about the new guidelines, and more than half said they didn’t consider following the new guidelines to be important. Baldoni and his family are partnering with the National Peanut Board to help change these statistics.

“If I can do something as a parent that in the future helps make his life a little bit easier, I want to do it,” Baldoni says. “So when I heard about the study, we kind of felt like we had to do it because if it did, in fact, reduce his chances of getting a peanut allergy by as much as the studies say, then as a parent in good faith I kind of had to try.”

Baldoni has been documenting his and his wife’s parenting journey on his social media accounts since they welcomed Maiya in 2015. Now, #dearmaiya is joined by #dearmaxwell in the captions of his thoughtful posts, but he still has more than enough love to go around.

“I think the thing that surprised me the most about being a parent to two is how much your heart grows,” he says. “I think when you have your first child you think, ‘Oh I could never love something else this much,’ and then you have your second child and you realize you can. The miracle of the human heart is how much space it can actually hold.” 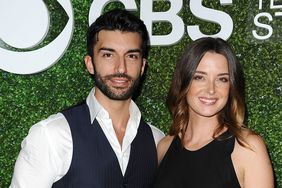 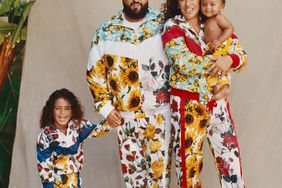