Joy Fawcett is a Real Sport

Soccer star and mom of three Joy Fawcett shows her daughters what a strong woman can achieve.

Don't even think about calling her a soccer mom. Joy Fawcett is anything but conventional -- in fact, she's a whole new kind of working mother. With some help from her husband, Walter she spent plenty of time with her daughters Katelyn Carli, and Madilyn while playing defense for the San Diego Spirit and the U.S. Women's National Soccer Team, not to mention practicing year-round.

"If people would look at my schedule, they'd think I'm nuts," she laughs. "Like today, we got up and then left at 7 this morning. I had Carli and Madilyn with me, so I took them to practice and got there early enough to breastfeed Madi beforehand. The team administrator watched them, and we trained until 12:30. And now I'm racing back to pick Katey up from school."

When the season is in full swing, Joy practices twice a day when she's not traveling for away games. Katey, who's in second grade, mostly stays home with Walter while Joy takes Carli and Madi with her. (Walter, who heads his own computer consulting firm, cuts back his hours as Joy's schedule picks up so that one of them can always be there for the girls.) Joy brings a nanny when she travels, although the Women's United Soccer Association (WUSA), the league in which Joy was a founding player, requires home teams to provide childcare for visiting players' kids.

Taking her children on the road seems only natural for a woman who has always made her own rules. Helping found the WUSA is a perfect example: "I just wanted to have a place to play after college," she says with characteristic nonchalance. "Once you're out of college, if you didn't make the national team, you're pretty much done playing. I wanted to give people a chance to play longer at a competitive level."

Every opportunity she gets, though, Joy enjoys her time off, when she has more freedom to play with her personal home team. "We love to go to the pool together and go bike riding now that Carli can ride a bicycle," she says. "The older girls can Rollerblade, and Walt loves to take everyone hiking. I think kids don't want to just be told to go out and play -- they want you to do it with them."

Copyright © 2002. Reprinted with permission from the June/July 2002 issue of Child magazine. 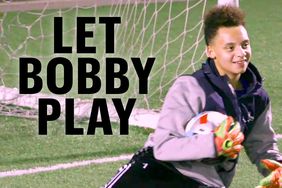 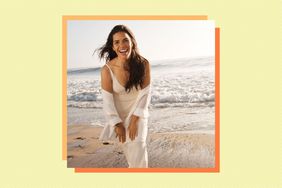 America Ferrera is Redefining Beauty as the New Face of CoverGirl