Routine? What routine, writes our cover mom and actress Jenny Mollen, whose adventure trying to get her older son to, please, fall asleep will sound oh so familiar.

It was 5 p.m. on a Monday evening in January. The Bachelor was premiering in a few hours. I hadn’t watched or live-tweeted the show in ages, something I used to do religiously. But three months after having my second child, Lazlo, and once again able to keep my eyes open past 7 p.m., I was ready to take back the night.

How to Stop Toddler Bedtime Battles

I knew it was a lofty goal, not because of Laz, but because of his older brother, our 3-year-old, Sid. At the end of my pregnancy, I lost the strength to impose order upon his bedtime routine, so there’d been long stretches when Sid would tuck me into bed and fall asleep on top of me. I justified the cosleeping by assuring Jason that when we moved into our new apartment after the baby arrived, we would transition Sid out of our bed by enticing him with a “big-boy bunk bed.”

A bunk bed would trump my bed because it’s the amalgamation of what kids love: Jungle gyms! Treehouses! Freedom! The good news was that Sid loved his new bunk. The bad news was that he insisted somebody sleep in it with him. Since I’d just had a baby, it was determined that person was Jason.

After bribing Sid to eat three more pieces of broccoli in exchange for chocolate, I got him in and out of his bath in record time. It was 7 p.m. and Bachelor Arie’s journey to find love was still an hour and a half away. I pulled Jason aside for a quick powwow.

“Tonight is the night,” I whispered, conspiratorially.

“What do you mean?” Jason’s eyes widened, assuming I was referring to the sex I’d been withholding since giving birth to Laz.

“NOT THAT!” I scoffed. “That’s probably never happening again,” I explained gently. “I’m busting you out of the bunk, SEAL Team VI-style.”

“You ARE?” Jason exclaimed, ten times more thrilled than when he thought we’d be having sex.

“We need to reclaim our independence. He needs to know who’s boss,” I mouthed, afraid of Sid’s wrath if he caught wind of the plan.

“Sid, it’s time for bed,” I called out in my most adult voice.

Jason helped him brush his teeth as I gingerly broke the news that “Daddy is going to sleep in his own bed tonight.” Sid didn’t seem fazed. So far, so good.

We went through the rest of our nighttime ritual, consisting of three books, two improvised stories, and 17 super-hard kisses on the lips.

“Are you gonna leave the light on?” Sid asked.

“Of course, and I’m gonna be right next to you in my room, which if you really think about it, is basically your room. We’re all in one giant room with just a small wall between us,” I rambled on as I walked out.

Jason leaped up out of bed and started moonwalking when he saw that Sid wasn’t with me. “We did it, we did it!” we silent screamed in each other’s face.

I crawled into bed, victorious, as Chris Harrison appeared on the screen, assuring me that I was about to see the most dramatic love story ever told.

Jason muted the TV and shot me a look. “Don’t say anything—just lie like a blanket,” I said, diving under the duvet and holding my breath.

“What?” Jason said, as if he had absolutely no idea what Sid’s questioning was referring to.

Jason’s face dropped in horror. “He thinks I’m coming in!” he said.

Sid appeared in the doorway, now naked and demanding answers, when Lazlo started crying from his crib. Sid stared at me hard, daring me to choose Laz over him. Jason paused the TV on a Jacuzzi scene that was just starting to heat up, and rushed to retrieve Laz.

I coerced my mini minotaur back into his room by getting into bed with him and massaging his back. “Aah, that’s the spot,” he said smugly, as I tickled his back like he was an overweight house cat.

“Okay, Sid, it’s getting really late. All the kids from your school are asleep. Luna and Teddy and Zen... ” I assured him, knowing that if I didn’t escape lying in bed with him soon, I’d be stuck tweeting on Mountain Time.

“Are you my mother?” he asked sweetly.

“Yes,” I said, caressing his cheek.

“You know what mothers do?” Sid said. “They sleep in bed with their children.”

Refusing to be manipulated, I pressed on. “I’m gonna be just outside your door. And in the morning.”

“I don’t know, Sid, but in the morning we can look it up on my phone.”

“Can you go get your phone now?”

“Dead?” He repeated the word slowly, subconsciously aware of its gravitas.

“You know who else is dead… ” he paused, ominously. “Teets.”

Teets was my first dog—the first love of my life—who died when Sid was 2 years old. Sid never gave a shit about Teets but loved bringing him up to elicit a reaction from me.

Sid looked at me, skeptical.

“A little north… ” I didn’t have a watch, but from where I lay next to him I could make out the slow blinking of his Gummy Bear Nightlight timer, tipping me off that it was well past 9 p.m.

Sid rested his head on my chest and gently wrapped his hands around me. I burrowed my face into his sandy-blond hair, inhaling his lavender-scented shampoo.

9 Ways Toddlers Say 'I Love You'

Like a contestant on The Bachelor, I know his infatuation with me won’t last forever. In the not-so-distant future, I’ll be the one begging for bedtime kisses. One day, he might even try to move out, date other people, or banish me to voicemail for eternity.

I drifted off to sleep knowing that the only Bachelor I needed to watch this season was already in my arms. And I’d be a fool not to relish my time in his fantasy suite. 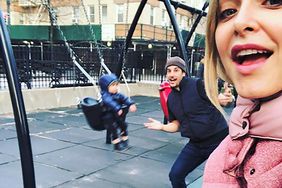 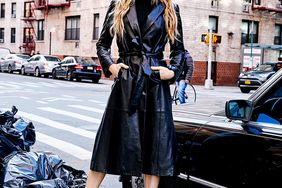 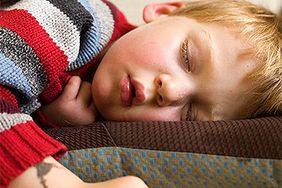 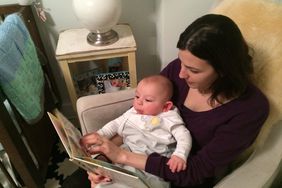