Snowplow parents may think they're helping kids succeed. But this style of parenting can actually prevent children from developing critical coping skills.

Like a snowplow clearing the snow off the street, a snowplow parent removes any obstacles in their child's way. This type of parent does not want their child to experience any discomfort or problems, so the parent intervenes and fixes it for their child. The term was popularized by The New York Times article referring to the "Operation Varsity Blues" college admissions scandal in 2019.

We talked to experts to try and understand why snowplow parenting is so common. Read on to learn how kids today are being effected by this style of parenting.

Why Is the Trend Occurring Now?

Snowplow parents are similar to helicopter parents in that both styles intervene for their children in myriad ways. Helicopter parenting, for example, refers to "a style of parents who are over focused on their children," says Carolyn Daitch, Ph.D., director of the Center for the Treatment of Anxiety Disorders near Detroit. "They typically take too much responsibility for their children's experiences and, specifically, their successes or failures," Dr. Daitch says.

Snowplow parenting (also known as lawnmower parenting), however, takes things a step further and describes parents who not only over focus, but overprotect their kids by fighting their battles for them.

The role of the media

"This generation of parents—whether we want to call them snowplow, helicopter, or lawnmower—is parenting in an age of anxiety. There is the 24-hour news cycle and social media reminding us of everything terrible that's happening in the world," says Dr. Carla Naumburg, a clinical social worker in Newton, Massachusetts, and the author of the new book, How to Stop Losing Your Sh*t with Your Kids.

Jessica Lahey, the author of The Gift of Failure: How the Best Parents Learn to Let Go So Their Children Can Succeed, also feels that the media created this type of parenting.

"The media has us believe that our children are in peril all the time, with danger approaching from all sides," says Lahey. "This simply isn't true. This is one of the safest periods in history to be a child from a violent crime perspective. The media overhypes very remote, potential dangers to our children."

Technology makes it easy to interfere

Another advancement fueling the snowy avalanche? That smartphone sitting next to you. "Thanks to technology, it is much easier to be a snowplow parent now than it was in the past—it is easy for a parent to send a quick email complaint to their child's teacher," says Dr. Damon Korb, a developmental-behavioral pediatrician in Los Gatos, California, and author of the book Raising an Organized Child.

The Effects of Snowplow Parenting

So how are kids of snowplow parents faring? The bad news is: Not great. Since kids with snowplow parents are used to having everything handled for them, they may struggle with self-sufficiency when they grow up.

Lahey explains that kids who have highly directive parents are less comfortable with frustration, and therefore less able to complete difficult tasks on their own. Specifically, desirable difficulties is a term used to describe learning that requires more effort and is beneficial for long-term learning.

According to Lahey, depriving kids of desirable difficulties results in kids who can't handle feeling frustrated, who give up at the first hint of a challenge, and are less able to learn.

A 2019 New York Times poll on snowplow parenting revealed how parents problem-solved for their college-age kids in multiple ways, including:

Dr. Korb describes snowplow parenting as being a sprinter even though life is a marathon. He says, "A snowplow parent may successfully push their child into the lead part in a play or on to the most competitive soccer team. They may even help their child get into a more highly ranked college. But in doing so, the snowplow parent deprives their child of the ability to learn how to solve problems and how to deal with struggle which are critical life skills."

Lahey explains that kids who never have to deal with the consequences of their actions, end up feeling a lack of self-efficacy. "They don't believe that their actions will lead to positive change, and they are less likely to act in the first place," says Lahey. "Another name for this is learned helplessness, and parents are kids first and best teachers."

Dr. Naumburg explains that when parents make decisions based on anxiety, they act in ways that are designed to soothe fears instead of teaching their children how to manage challenging situations, develop coping skills, and increase resiliency.

"Parents end up transmitting their anxiety to their children when they make decisions from a place of anxiety," says Dr. Naumburg. In fact, research has found that anxiety disorders in parents influence parenting behaviors, which may increase a child's risk for developing anxiety disorders.

How to Avoid Being a Snowplow Parent

Snowplow parents block their children from struggle by either pushing and promoting their child or withdrawing and letting them quit. But struggle is integral to growing up. "It is better to embrace struggle and to take a growth mindset," says Dr. Korb.

Here are a few more tips from our experts on raising a self-sufficient child in the face of the snowplow parenting trend:

Control your own anxiety

Dr. Naumburg stresses the importance of parents managing their own anxiety. "When we can parent from a place of clear-headed thinking and allow our values to guide us, we're more likely to raise children who can handle whatever comes their way," she says.

Lahey suggests that parents try to focus on long term goals instead of short-term emergencies. She also stresses the importance of emphasizing the process of learning over the product of grades, points, and scores. "That's where real parenting happens, in the process of becoming better next time."

Be a "big-picture" parent

Dr. Korb is an advocate of "big picture" parenting, where parents prepare kids for adulthood by gradually pulling back and giving them the opportunity to think independently and solve problems for themselves. When a child experiences a problem, a big-picture parent responds by asking: "How will you solve the problem and what will you differently next time?" You can offer suggestions, but respect your child's process to figure out what they need to do to be successful.

Cheryl Maguire holds a Master of Counseling Psychology degree. She is married and is the mother of twins and a daughter. You can follower her on Twitter @CherylMaguire05 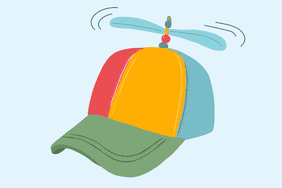 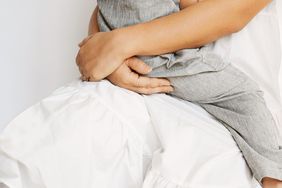 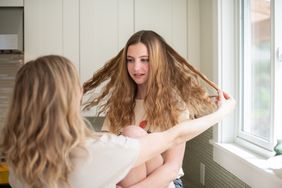 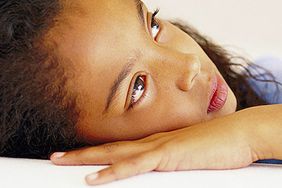 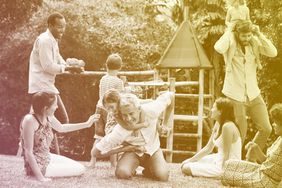