An expert translates the language of hypercompetitive parents and offers insights for staying grounded.

In Queen Bee Moms & Kingpin Dads: Dealing with the Difficult Parents in Your Child's Life author Rosalind Wiseman discusses the "perfect parent world," where mothers and fathers strive to meet impossible standards and compete ruthlessly with other parents through their children. Here, she explains the real meaning behind some of the common declarations made by parents who operate this way.

Statement: "I don't know what I did to deserve such a good kid."Meaning: "Look at me, my child is so much more fabulous than others." Some parents imagine there are legions of "bad kids" out there. The danger in believing this notion, says Wiseman, is that you're "'othering' other kids, putting them lower in the pecking order than your own," which encourages your child to do the same.

Statement: "Let's let the kids work it out."Meaning: "We're enlightened. We don't need to micromanage our child's life. Our kid can handle it. Why can't yours?" In actuality, says Wiseman, usually the parents who make this comment have the child who is being mean, not the child who is bearing the brunt of the meanness.

Statement: "My biggest priority is my kids." Meaning: "I have a better relationship with my children than other parents because I spend more time with them and am willing to sacrifice more for them." If a parent says this to you, Wiseman suggests shrugging it off, otherwise, "What are you supposed to say-'I really admire you. Frankly my kids come right after going to the gym and watching TV!'"

Statement: "My child and I are open. She tells me everything."Meaning: "I'm a good parent because I know everything that's going on in my child's life." The assumption is that the more you know about your child's life, the better. But Wiseman argues that parents need to respect children's privacy within limits, especially as they get to be 9 or 10 years old. What if you suspect a parent makes this comment hinting you that her daughter has told her something about yours? Say, "It's great that she tells you so much. If she ever tells you anything about my daughter, I hope you know you could share it with me." 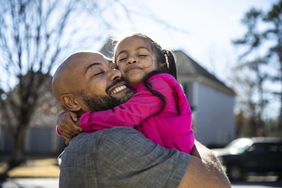