More than three-fourths of parents share photos of their children on social media, according to one report. But is that a good thing? Experts dig into the trend known as "sharenting."

One day, Marisa Donnelly was a 24-year-old single woman without kids. The next, she was thrust into the throws of what she calls bonus parenthood. Donnelly began seeing her now fiancé, who had sole custody of his now 12-year-old child. No one she knew had gone through this experience. Craving connection, Donnelly began documenting her journey on social media and a blog called Momish Moments. She shared the good times and struggles she was experiencing as a bonus parent and still does. Donnelly has amassed 14,000 Instagram followers. One recent Instagram post is a short video blog reflecting on her time helping her bonus child with remote school.

"I have my 'teacher' clothes on, my tired 'mom eyes,' and a cup of coffee that has gone cold hours ago," says Donnelly, who lives in San Diego, in the video.

It's a trend known as sharenting. What exactly does that mean?

"Sharenting is practiced when parents or other primary caregivers involved in the child's care…share media on social media outlets about the child's growing years," says Gabrielle Usatynski, a licensed professional counselor in private practice in Boulder, Colorado, and founder of Power Couples Education.

If it seems like everyone sharents, it's because that's essentially true. One report by Security.org found that 77 percent of parents shared photos of their children online, and 81 percent used their real names when posting about them. Parent Zone says that children have 1,500 pictures of themselves online by the age of 5. And more than 80 percent of kids have a digital presence by the age of 2.

Donnelly says sharenting has been vital in helping her navigate her life as a bonus parent. But others are wary of the practice, saying it creates a digital presence for a child too young to consent or even sign up for a social media website.

"To just show a child in a very vulnerable position and then use it to talk about a parenting strategy or difficulty you're having feels like overreach to me," Usatynski says.

There are also security risks, like stolen identities and pedophilia. Experts discuss the pros and cons of sharenting and give tips for navigating the digital space.

Kelley Kitley, a psychotherapist and mother of four children ages 9 through 15, says people who sharent tend to be in one of two lanes. In one, there are people looking to connect and normalize the many facets of life as a parent.

"Then there are people who are, 'Look at us. We went on this trip,'" says Kitley, an Illinois-based therapist with Serendipitous Psychotherapy. "They post every hour."

Kitley and other experts have noticed common threads within these two camps that drive people to sharent.

Usatynski says one of the main reasons for sharenting is an adult's desire to craft a certain public family image.

"The children become sort of like show ponies to showcase the family as a family that has beautiful children and has it all together…we sort of have the whole package," she says.

But not everyone is trying to show that they have a picture-perfect life. In fact, sometimes, sharenting involves the opposite. There's been a movement on social to show the not-so-glamorous side of #parentlife. Kitley, for example, recently posted photos of the amount of laundry she had to do before going on vacation.

"I'm just trying to normalize the parenting struggles as opposed to curating this picture of, 'Look at us, we're so great,'" Kitley says.

Though multi-generational families are on the rise, not everyone lives with or within driving distance from family and friends. For some, sharing pictures on social media is a way to update everyone on their child's growth and development in one quick swoop.

"It allows you to foster ongoing relationships with people you know and you care about, and who really care about you," Usatynski says. However, she emphasizes she believes adults should only share images and anecdotes with close family and friends.

Though sharenting can be controversial, some experts and parents don't think it's all bad. The benefits often come when people are willing to open up about things like busy schedules and stress.

"We can connect and normalize parenting," Kitley says. "When we share in a way that is real and authentic, that can be beneficial."

Kitley says different people have difficulties sharing their struggles or accepting feedback in person. Others may not have friends who are parents or not see their families often. For them, online connections can be powerful.

"Instead of one person's opinion, you could get 100 peoples' opinions," Kitley says. "Chances are at least half the people are going to give you affirmation."

For Donnelly, that connection has been a lifeline, and she's trying to pay it forward. She teamed up with Franco Zavala, a stepfather of five kids, to launch Step-by-Step Parents, which aims to inspire blended families.

"It's that connection that you can build with strangers that can build you back up and show you the parent you can be," Donnelly says.

Lifting the veil on parenting

The movement to make social media less of a highlight real and more of a space for authentic sharing may reduce the pressure to be a perfect parent.

"As a therapist, I used to hear people say, 'This family is always doing these fun things, and I feel like a bad parent because I'm not out there doing all these things with my kids,'" says Kitley.

But now, Kitley says some parents are reclaiming social media as a tool to show that behind many smiling family photos was a meltdown leading up to it. That's something that appeals to Donnelly. "It's important for me to read from other people and know I'm not the only one who messes up all the time," Donnelly says.

Though sharenting can help us communicate and speak our truths as parents, it's tricky. Many children whose images are being shared do not have the ability to consent to them. There are also safety issues experts fear parents aren't considering before they hit "share."

A child's digital footprint often begins the day they are born when parents snap a photo and share it, along with the baby's full name and birthday, in a social media post. The image is well-meaning—parents want to introduce their child to their circle. But it also may be heightening their children's risk of having their identities stolen. Fourteen percent of parents report their children have had their identities stolen, says Security.org. And Barclays Bank predicts that sharenting will account for two-thirds of identity fraud against young people by 2030.

"A stolen identity is a risk for a kid in the short-term because it could negatively affect their credit and, if they have any financial accounts, result in financial losses," says Aliza Vigderman, a Security.org analyst and senior editor. "In the long-term, ruined credit can result in difficulty getting jobs, loans, and housing."

The FBI has warned about social media-related abductions, but there's also a different kind of kidnapping emerging. It's called digital kidnapping, and Vigderman says it happens when someone steals a child's photo and starts posting it to their feeds.

"A stranger will use a minor's photo and post it as if they are their child just for the likes and comments," Vigderman says.

And Australian researchers found that about half of the photos on pedophile's websites were stolen from social media. These pictures were of children doing seemingly normal things, such as a toddler playing with trucks.

Opening a child up to cyberbullying

Nearly 60 percent of teens have been a victim of cyberbullying, according to a 2018 survey by Pew Research. Most research centers around how children's online habits impact their risk of cyberbullying. Teens who spend more time on social media are typically more prone to being bullied online. But Vigderman worries that embarrassing photos posted by parents, like of a child sleeping in the car with their mouth open, could put the child at risk for bullying from their peers.

Experts generally agree that some sharenting is OK, though they differ on what that means. Some, like Usatynski, think parents should only do it with people they are close with in real life. Others are open to posting more. As a result, the definitions of "over-sharenting" aren't cut-and-dry. But Kitley offered the most middle-of-the-road take.

"I always ask myself, 'If my child saw this, how would they feel about it?'" Kitley says. "It's embarrassing or shaming if it's a picture of a kid having a total meltdown in a picture or video…be mindful of how our kids would feel if this were out in the world and they were old enough to have an opinion."

Now that Kitley's four children are old enough to have an opinion, she always asks them before posting. As a result, her family's definition of over-sharenting has changed. For example, when her daughter was younger, she once posted a photo of her sleeping in the stairwell. But that would embarrass her now.

How to Safely Navigate the World of Sharenting

It's possible to find a safe and healthy medium for sharenting that works for your family. Experts shared a few tips for parents. 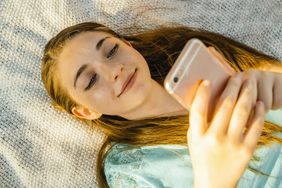 Do You or Your Child Make Money on Instagram? Here's How to Protect Your Kid From Identity Theft 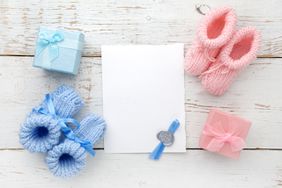 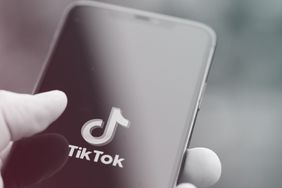 As We Talk About Claudia Conway, Let's Remember She's 16