There's more research than ever on Adverse Childhood Experiences since the original study was released in the lates 90s. Here's what experts have discovered when it comes to ACE consequences, who's most at risk, and how parents can help.

Many Americans have at least one adverse childhood experience (ACE) before the age of 17. These ACEs include child neglect and emotional, physical, or sexual abuse, household challenges like substance abuse, mental illness, incarceration, parental separation, or divorce, and witnessing intimate partner violence.

A collaboration between the Centers for Disease Control and Prevention (CDC) and Kaiser Permanente San Diego, the original ACE study (1998) included more than 17,000 participants and nearly 67 percent of them had at least one ACE. Those with four or more adversities (when compared to those with zero) had a 4- to 12-fold increased health risk for alcoholism, drug abuse, depression, and suicide attempts. As the number of ACEs increased, so did the risk for health problems, including heart disease and cancer.

There have been numerous ACE-related studies since then, taking a closer look at childhood trauma, how it impacts a child's future, and how preventing it can impact life opportunities that resonate across generations. Here are four findings every parent should know.

ACEs can affect more than just a child's health.

A recent report published in the Children and Youth Services Review found that, in addition to health, more ACE occurrences can negatively impact education, employment, and income. "Education is something that most consider a buffer for poor health outcomes, yet ACEs can affect both," says Melissa T. Merrick, Ph.D., president of Prevent Child Abuse America and co-author of the study. "But the findings help set targets for sociopolitical contexts and conditions that can prevent early adversity and assure lifelong health and prosperity."

Dr. Merrick, who was the lead scientist on ACE research at the CDC, was also involved in the CDC/Vital Signs ACEs report, which collected data between 2015 and 2017 through the Behavioral Risk Factor Surveillance System (BRFSS) from more than 144,000 adults in 25 states. The study found that at least five of the top 10 leading causes of death are associated with exposure to ACEs.

Some children are more susceptible to ACEs than others.

With the largest and most diverse sample to date, across 23 states, a 2018 study in JAMA Pediatrics found that, although childhood adversity is common across sociodemographic characteristics, those who were black, Hispanic, or multiracial, those who had less than a high school education, an annual income of less than $15,000, and those identifying as gay, lesbian, or bisexual, reported significantly higher exposure to ACEs than comparison groups.

"Identifying such inequities provides important information about the conditions in which children of adults with high ACEs are growing up and the subsequent effects of ACE exposure, including opioid use and misuse, on future generations," says Dr. Merrick, co-author of the study.

While research has pointed to ACEs having a major impact on future violence victimization and perpetration rates, after controlling for genetic and environmental factors that are shared between siblings, ACEs were no longer directly associated with childhood problem behaviors or violent victimization in young adulthood, according to a recent study published in Youth Violence and Juvenile Justice.

"The results contribute to a growing body of research showing that exposure to trauma during childhood rarely tends to be random, and that if we want to truly understand which ACEs are causally related to antisocial behavior and future victimization we need to account for genes and environments that parents pass down and share with their children," says Eric J. Connolly, Ph.D., assistant professor of criminal justice at Sam Houston State University and author of the study. "While high levels of trauma correlate with a wide range of problem behaviors in children, the mechanisms that account for this association seem to be both biological and environmental in origin."

Other takeaways from the CDC/Vital Signs ACEs report: Preventing ACEs could reduce the number of adults with depression by as much as 44 percent, and heart disease by nearly 13 percent.

And, ACEs are preventable. "Safe, stable, nurturing environments play a large role in preventing ACEs by creating the context that allows families to share quality time together, resolve conflicts, and provide emotional support to one another," says James A. Mercy, Ph.D., director of CDC's Division of Violence Prevention and co-author of the Vital Signs report. "Strengthening economic supports for families, and teaching skills to help parents and children handle stress and daily challenges can help."

New ACEs tests and screenings could help treat children in the future.

California Surgeon General Nadine Burke Harris, M.D., has been working for years to change the way our society responds to childhood trauma. When practicing as a pediatrician, Dr. Burke Harris was inspired by the original ACE study and, in turn, founded The Center for Youth Wellness and the Bay Area Research Consortium on Toxic Stress and Health in San Francisco, both of which were involved in the creation of the Pediatric ACEs Screening and Related Life-events Screener (PEARLS) screening tool for ACEs.

With over a decade in the making, the PEARLS screening tool is among the most rigorously developed and studied, and as providers are being trained to screen in California, other states are also following suit. A universal screening tool would benefit future research on ACEs and toxic stress, which is the repeated or prolonged activation of a child's stress response in the absence of a buffering support system.

Signs Your Child May Be Struggling From an Adverse Childhood Experience

"What the science has shown us is that it is possible to mitigate against the impacts of childhood adversity by buffering the toxic stress response," says Dr. Burke Harris. "With caregiving support, we can see neurological, immunological, endocrine, and epigenetic changes in individuals that have had exposure to ACEs." 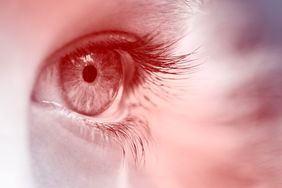