One of life’s greatest delights is seeing my daughter celebrate—and emulate—the many Black women she admires.

In 2017, my then 4-year-old daughter, Naima, took a long look at the painting on the cover of Eve L. Ewing's Electric Arches, a beautiful book of prose and poetry, and asked excitedly, "Is that me?" The image, which is from Trinidadian artist Brianna McCarthy's Vetiver Night Women series, features a little girl, maybe 9 or 10, whose sweet, angular face is the blue-black of a night sky lit up by stars. Naima, like me, is on the more beige side of brown and was then still a chubby-cheeked post-toddler.

I don't think it was any physical similarity between herself and the artwork that prompted her question; rather, it was the profound sense of love and connection she has to Black girls and Black-girl iconography. When she sees Black girls, she sees herself, and she sees something that she loves.

Naima gushes over pictures of my friends' daughters, and constantly sings the praises of Black girls both in media and in her personal life. Though she takes her individuality very seriously, she also delights in channeling other Black girls and women. She wants to act "just like" Descendants actress China Anne McClain, whom she follows obsessively online; will instruct me to help her pose like Beyoncé when I'm taking her picture; and has borrowed catchphrases from at least one of my girlfriends (her auntie Ternicia always says, "Caller, are you there?" if she feels she's being ignored) and from Black-ish matriarch Grandma Ruby (played by Jenifer Lewis), who taught her the phrase, "Help me, Black Jesus." (We're not Christian, by the way.)

We've worked to surround Naima with imagery and information that emphasize the beauty of her sense of self, history, and potential as a Black girl-child, which was the standard set by my own upbringing. There is certainly a lot more to discuss today, in the form of media and public events, that helps us explore what it means to interact with a world that is inherently hostile to our identities. While there are more affirming images of Black girls and women than ever before, the sheer volume of content and news available also means that there is more harmful imagery before us as well. Yet we don't have to search as hard as my parents did for examples of Black girls flourishing.

Naima has been accumulating precious Black-girl slang, mannerisms, and histories her whole life. I'm doing my part to make sure that she knows what, why, and how we do some of the things our sisters do while making clear that she is her own person with her own needs, feelings, and choices. She seems to know already that she is of something infinitely more valuable than the world is willing to admit.

My girl is in love with Blackness, period, and the very specific way that she loves Black girls (and women) feels like she's saying "I love you" to herself.

Jamilah Lemieux is a writer, cultural critic, and podcast host, and a parenting columnist for Slate.com. She lives in Los Angeles.

This article originally appeared in Parents magazine's June 2021 issue as "Black Parenting Joy: All the World's a Mirror." Want more from the magazine? Sign up for a monthly print subscription here 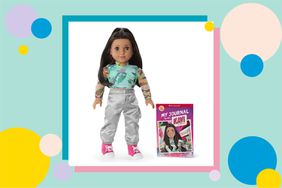 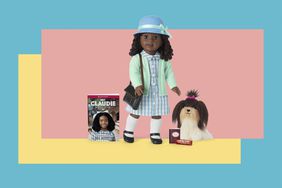